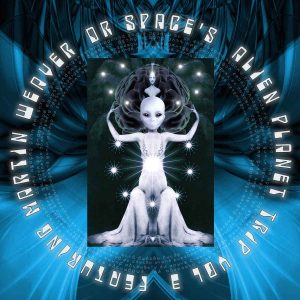 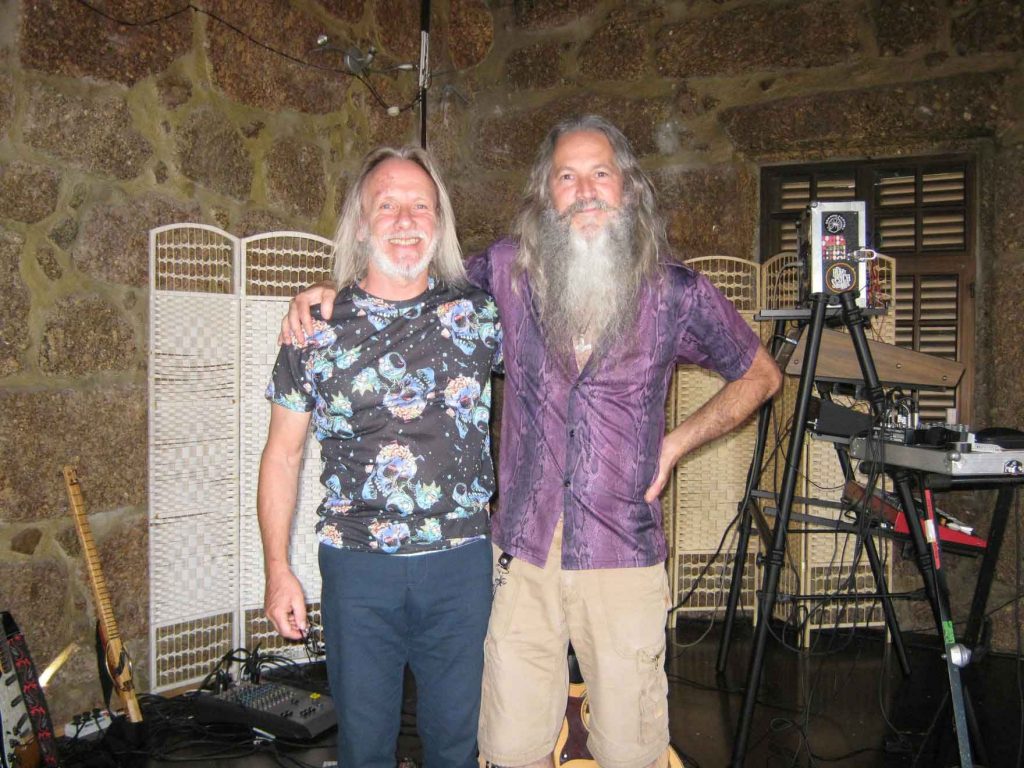 Dr. Space is Scott Heller (Oresund Space Collective) and through his Alien Planet Trip “Vehicle” he’s been tripping and experimenting with Space Music. Under this moniker, he has released 3 LP-ONLY Volumes (Vol. 1 in 2017, Vol.2 in 2018 and Vol.3 in 2019). In this last Volume (Vol.3) he has joined forces with guitarist Martin Weaver of the late 60s-early 70s legendary Underground bands Wicked Lady and Dark! The press release reads: “The 3rd volume of Alien Planet Trips is a collaboration with the guitar player, Martin Weaver (Wicked Lady, Dark). We met a year ago and found we had a lot in common musically and should work together. These tracks were conceived during the summer of 2018 when it was too hot to do anything outside. It had been many years since I used my Nord Lead 2 so it was time to take it out and see what sounds it could produce. Many of the tracks the main synth lines were created on the Nord Lead and then additional layers were added and Martin then laid down some guitars. Hope you enjoy this 3rd Trip. It is very different from Vol 1 and 2.”…

7 Instrumental tracks, 3 on ‘A’ side and 4 on ‘B’. This Alien Planet Trip starts with “Lost In The Desert”, tribalistic voodoo rhythm, lots of spacey bubbles, a rather minimalistic and jungle-ish tune reminding me the crazy atmosphere of Brainticket’s “Places Of Light”!!! On “Veganporcotopia” the soundscape becomes dark, ambient and fully experimental with various noises coming from the Ground, from the Air, from Space, giving you the thrills and a feeling of isolation. “Where Aliens Go To Die” is the Ultimate Space, a shimmering Dark Light, a Sonic dreamy n’ cinematic adventure… Side ‘B’ starts with the trippy n’ creepy “Cosmic Explosions”, an ambient-like improvised tune, you can simply call it music for some futuristic film. “Spacey Placey” is an experimental improvisational cool Spacey tune while “Sue’s Dream Of Exploding Sheep” is a relaxing, adventurous and spacey effected tune, full of experimental ambiance! The album closes with “Encart Stnap (Edit)”, a not so weird title if you try to spell it backward. Right, Trance Pants, a fully effected tune that despite the Trance Beat, I found it a rather Strange tune! So, in conclusion, of course, you need to get this in order to “complete” All 3 Volumes! What? Alright… Of course, you need to search for the other 2 Volumes! A Creative Experimental Musical aspect of Space-Rock! Space is the Place! (TimeLord Michalis)

Get it through Dr. Space’s Bandcamp: