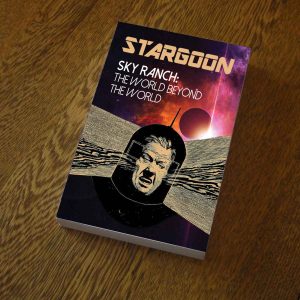 Thanks to Jakob Rehlinger – the boss of Arachnidiscs Recordings and Heavy Moon’s Mastermind – I have the chance to “experience” a new band (at least to me) hailing from Toronto, Canada, named Stargoon! Actually, Jakob plays the bass in Stargoon and this is their latest cassette-album. They perform a strange alloy of space music tending to experiment in many forms! The information given at their Bandcamp will certainly help you to get an idea of what it’s going on here: “Named after an imaginary paint color devised by a neural net, Stargoon is an improvisational spacerock band based out of Toronto. They revolve around the nuclear core of drummer Luca Capone (Moonwood) and electronics wizard Joe Strutt (Heraclitus Akimbo). Common collaborators are Moonwood’s Matthew Fava (electronics) and Jakob Rehlinger (bass) with occasional support from saxophonist Kayla Milmine. Sky Ranch was recorded in two sessions. The first (“Light of the Stack”) was recorded live at Array Space by Kelley Mitchell, October 12, 2018. “For Ungus” was recorded by Jakob Rehlinger at Joe’s apartment on December 16, 2018, producing over an hour’s worth of material from which the 14-minute track was compiled. The band use AI neural nets to write their song and album titles and liner notes”…

And here’s a little info to understand the concept of their album:

“SKY RANCH: The World Beyond The World
by STARGOON Magazine
The world has fallen into a time of disaster. We know this from all accounts. In the shadows, a sinister force keeps its plan for world domination a secret, and none of our heroes are aware of its danger. Now is the time to stop this evil, and the Guardians of the Universe must take on this menace head on to save mankind.
BASED IN THE DESTINATION
This is an origin story for heroes in their search for more power and purpose in life. It is packed with fun and awesome events as they fight their way back into battle to reclaim this world… and destroy all that they’ve been betrayed by.
DANGER IN THE DREAMS
After years underground the Guardians of the Universe are desperate to get back into the light and return home to the people they believe deserve to see their best interests at the centre of the world. Now they must face the monster in their midst and face their greatest enemy since Kree War… to protect the planet from an unknown forces they must all unite in a desperate fight to save it all.
LIVE FROM THE PAST
This is a story of the past and the future. It contains flashbacks and other events from the pages of STARGOON. It focuses on the characters from the story”

So, “Sky Ranch” consists of just 2 long tracks, one on each side. “Light Of The Stack” is a heavily effected composition with multiple noises and various sounds coming from Audio Generators, all these together are creating a quite creepy atmosphere (or should I call it stratosphere?), it’s like you’re forgotten in an isolated cell on a faraway space base, everybody has left because of an alien threat… The bass adds a veil of mystery while percussion gives you the feeling of anxiety and expectation. The whole ‘A’ side acts like an experimental improvised weird Space Tune, ideal for a Futuristic Astral David Lynch movie! (Here you are, if you ever want to move your story into celluloid, I found you a director, hehe…) Side ‘B’ has a song/tune/composition/experiment (call it however you like) with a really big title, it’s called “Sound the Bear the Sever the Sind the Sond Soul the Sound the Ender the Beater of Some Sound a) For Ungus – “1978” Going & Part (Jatalsershappand) b) Kranter (Improve 1997)”. Signals (terrestrial and extraterrestrial), sounds, noises, and spacey effects make a dark and kind of frozen (still creepy) atmosphere (let’s call it ionosphere this time!) and after a while the band starts to improvise under a slow torturous bizarre musical motive, an avant experimental Space Jam with a Fantastic adventurous floating, also emerging a very cinematic feel, making the whole track here an interesting no-guitar Space Experiment! Well, this is another form of Space Music, different from the one that European bands have used us to. Space music with an enormous avant-garde Kosmiche attitude! Stargoon’s music is a “must” for all you initiate minds out there… (TimeLord Michalis) 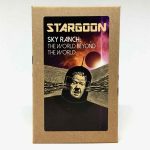 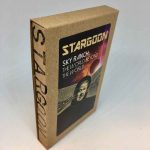 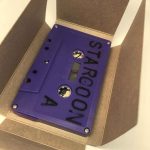 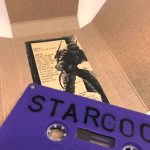