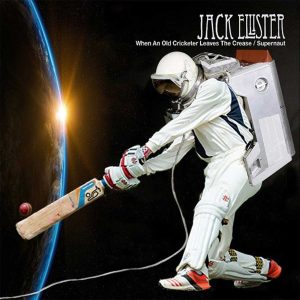 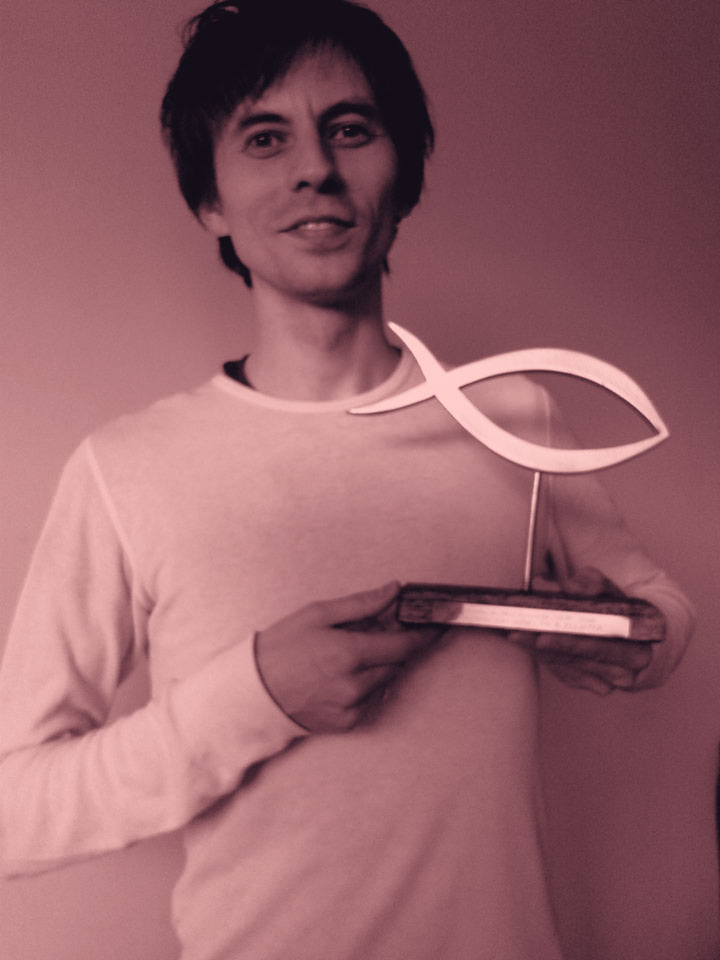 My beloved friend/artist/musician Jack Ellister is back with a new 7-inch vinyl single through Fruits de Mer Records! That guy (Jack) is not only presenting/performing 2 cover versions of 2 old songs, but he’s also is succeeding in breathing New Life to these 2 oldies, with his idiosyncratic personal unique PSYCH style! A little info from the Press Release will help:

“Jack Ellister was recently voted FdM’s favourite solo artist, so it’s great to have him back on Fruits de Mer with a newly-recorded single – even more so when you hear that he’s chosen to reinterpret two songs that are about as far apart in their style and origins as anything that’s appeared on the label in over 10 years. “Supernaut” first appeared on the album, “Black Sabbath IV” and is based on one of the all-time great heavy rock riffs. “When An Old Cricketer Leaves The Crease” is from Roy Harper’s album, “HQ” and is probably Roy’s best-loved song… Jack had been working on “Supernaut” for a while when we met in a pub near Spitalfields record fair, along with Heyday’s Nick Leese and mate Craig Palmer. For some reason, talk moved onto Roy’s classic track – I think because we felt Jack’s voice was really suited to it; coming from Poland, by way of Germany and the Netherlands, Jack didn’t know the song, let along why the hell cricket means so much to middle/old-aged English blokes, but he vowed to investigate further – and he didn’t disappoint. When it comes to two sides of a single, the phrase ‘poles apart’ never seemed more apt. Jack explains the background behind the recordings…
“The grand piano used on “Cricketer” belonged to my grandfather in Torun, Poland. In 1990/1991 my father took me and Tomasz to Poland to get it over to Germany. We had to smuggle it out because it was forbidden to transport instruments across the border, as they might be valuable collectible items or state property. We did it in two turns using an old Mercedes 9-seater. On the first trip we took the inner metal works and mechanics out and hid them under lots of other stuff. On the second journey a month later we got the wooden frame, which appeared like a sort of cheap big wardrobe when not inspected properly. Luckily the wooden outer parts fit into the lift in Stuttgart and didn’t need to be carried up the stairs to our flat on the 6th floor where we lived in at that time. It was great to have it around and we used it a lot on early recordings. My brother Tomasz was then made to play classical music on that thing for about seven years, and he recorded me playing “Cricketer” in the living room in Stuttgart (not the same flat) just before it went back to Poland for good, together with my parents. “Supernaut” is one of those Sabbath tracks that doesn’t seem to belong to their obvious classics, but for me it somehow earned itself a special place in their canon. Tomasz sent me the drums recorded in his cellar studio/rehearsal space and I added all the rest at home”…

So, on the first Side of the Single, “When An Old Cricketer Leaves The Crease”, Jack is paying his dues to Roy Harper with a Magnificent Respectable and Passionate reinterpretation, staying close to the 1975 Original version but filtering it with his characteristic and melancholic (at times) voice, a simple thrifty version, free from any useless fanfare instrumentation! On the other hand, on Side ‘B’, “Supernaut” is a surprising cover version of this Sabbath song from their classic “IV” album, 1972. Jack has made a slower “acceptation” of the song, acoustically oriented with intentional distortically effected vocals, an over-tweaked and Super-Psych version indeed! It seems that Jack is vaccinated with huge amounts of late 60’s Psych-Folk and along with the fact (my estimation) that Syd has possessed his mind, it is natural for him to release little mind psych pearls destined to be cult! (TimeLord Michalis)