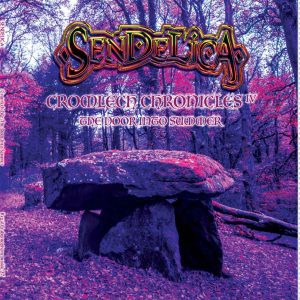 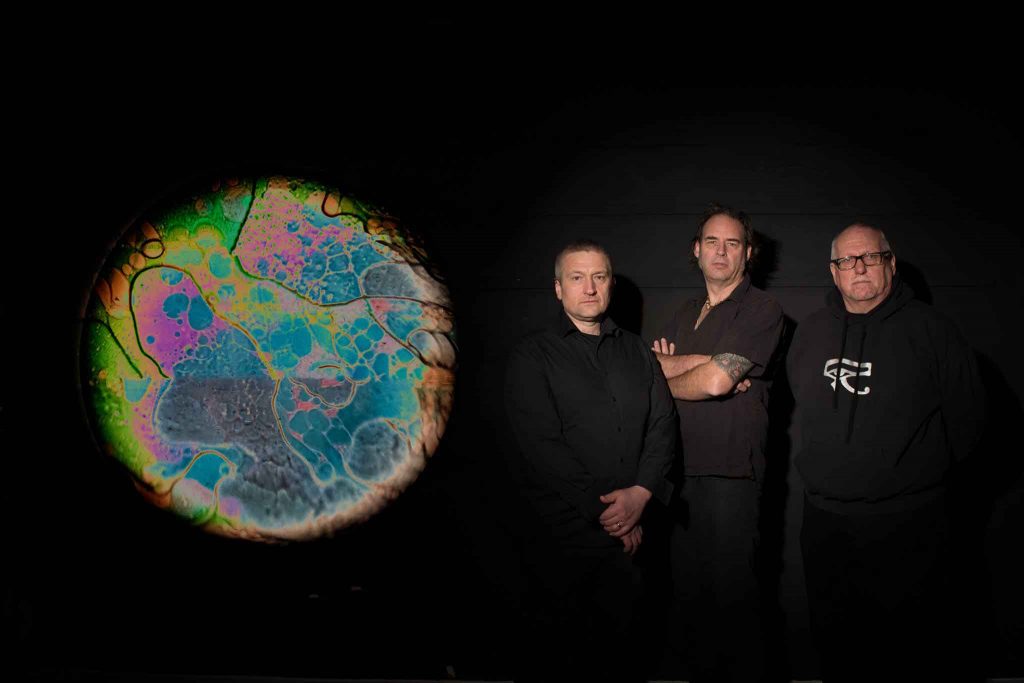 Sendelica, our lovely Cardigan (Wales, UK) based Progers are back with a remarkable 3-sided Colored Vinyl release! But, this time, through the just 3 long tracks, they dive into the other side of the ocean, letting all these late 60s West Coast influences to come out at the surface! The Fruits de Mer release reads:

“Sendelica’s latest annual Pilgrimage to Mwnci Studio in has resulted in a full-on musical head collision of West Wales with the West coast of USA. Not so much down the rabbit hole but more of a trip through the door into the summer of West Coast USA circa 66-70 – a door of perception opening into the jamming delights of Jefferson Airplane, the Grateful Dead, Blue Cheer, Iron Butterfly and The Byrds at the heights of their improvisational prowess. Although these bands were quite adept at writing ‘hit songs’, it is their live alchemy that has been drawn into the ever-evolving brewing pot of Sendelica… disjunctive song structures, key and time changes, modal melodies and drones that entwine and evolve into a magical musical journey. Tune In, Turn on, Turn down the lights, indulge in whatever tickles your fancy and let the Odyssey of Cromlech IV engulf your senses! Cromlech IV is the final part of the Sendelica series and we’re signing off with something a bit special – a double LP, but with three long (23 min+) sides of music and the fourth blank side overprinted in UV full-colour, a new technique offed by the Record Industry pressing plant (not so much a picture disc, more a disc with a picture on it…)”

Side One occupies “Lightstar” (19:17), the track starts under a light but super improvised jam-like way, deeply late 60’s inspired. To my ears, it sounds exactly like the music that the Deadheads would like to hear by a band that honors the Masters of the 60s hippie jam live improvisation style! The Sax presence here is very diacritical but this doesn’t dispirit the band from dangerously flirting with the hippie side of bands like Blood, Sweat & Tears! On Side Two there’s another delightful improvised jamming entitled “Saturnalia” (23:04), the tune is emerging a strong Acid-like feeling mixing the heavy sides of Jefferson Airplane, Moby Grape and Love (think of “Revelation”). Musically, the band is standing at the middle of a 3-road crossroad, one path leads to L.A., the other to S.F. while the third one – the longest of all 3 – leads to West Wales! A complicated trippy tune, indeed! The last track, on Side Three is called “Nine Miles High – Lightstar Reprise” (23:14), the band adds a couple more “elements” to the Impro-Jam equation, Blue Cheer’s hardness and Iron Butterfly’s Live-on-Stage inventiveness, and all these are flavored with Sendelica’s distinctive and incomparable unique style! All you have to do is to Enter Sendelica’s Musical World and let yourself go with the flow… Your imagination will run to such new and colored places… You will not regret it! (TimeLord Michalis)

Get it / Listen through Sendelica’s Bandcamp: 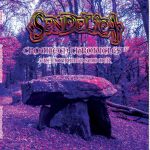 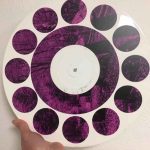 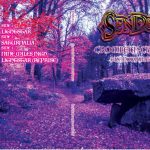