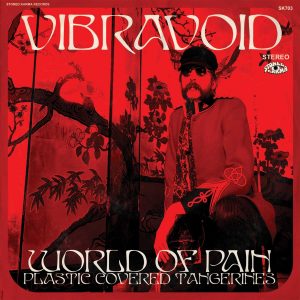 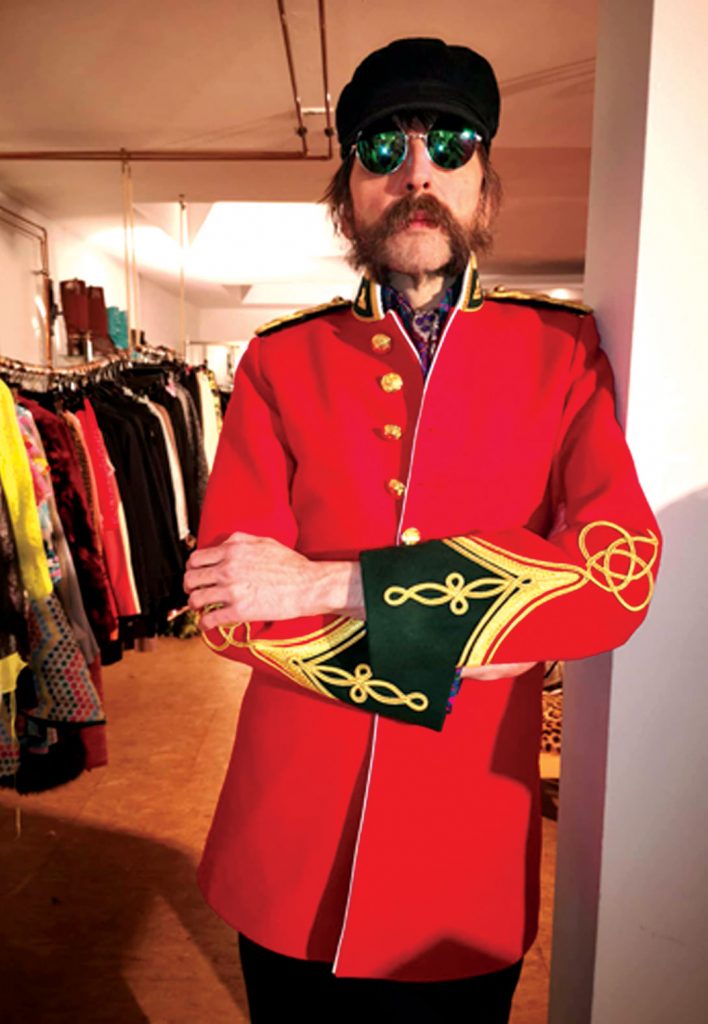 The worthy ambassadors of Sixties Psychedelia, Dusseldorf based, Vibravoid, are back with a pair of new songs, continuing their mission to stir the muddy waters of our nowadays decadent Underground musical scene! Lyrically, both songs, are a Social Cry to the rotten System that people built around their miserable egos! Corrupted Governments, corrupted Politicians, corrupted relationships, even the Music is “corrupted” in a way… Anyway… By the very first second of “World Of Pain”, the “Vibravoid Wall Of Sound” slaps you in the face, aiming directly your Mynd but simultaneously affecting your Soul! And besides the “heady” aforementioned impacts you catch yourself dancing on this one! Acid Grooves for the Mind and The Body! Yes! Exactly this is what you get here by the band that manages to Psychedelize our Souls the last 30 years! “World Of Pain” indicates a glorious magnificent Strawberry Alarm Clock aura that automatically “places” you inside the Electric Psychedelic Pussycat Swinger’s Club (Smashing Baby!), making you feel psychedelically “naughty” (Oh! Behave!)… Acid flows… Everyone is dancing… Colors are diffusing… Owsley is offering Kool-Aid Orange juice while Vibravoid are on central stage performing their Acid-Fueled Fuzzy-Drenched Super Psychedelic Hit of the Summer of 1967, “World Of Pain”! Time to spin Side ‘B’ now… “Plastic Covered Tangerines”… Tons of feedback, guitar effects, backwards sounds and a desperate voice introducing “A Plastic World for Plastic People” and a real Heavy Dose of Pure Illuminated Psychedelia starts to flow in my veins… People are slowly “oscillating”, new and never-seen-before colors are flooding the place, numerous “doors” are wide-open showing you the entrance to a parallel non-plastic universe! But wait a minute! Where am I? This is not the club! I’m inside a field of daisies in the countryside! The club’s crowd has now made a huge human circle and right in the center there’s this colorful painted bus! It’s “Further”! I can spot Ken Kesey! The Mountain Girl, Neil Cassady and the rest of the Pranksters… Owsley is doing his “job”… But where is Vibravoid? On the roof of the bus, of course! Doing their mind-blowing Psychedelic Happening – performing “Plastic Covered Tangerines” – helping “candidates” to Pass the Acid Test!

In sum, this is exactly what the music of Vibravoid causes to your Brain! It activates your Brain-Cells and Teleports your “entity” into the “Where” in synchronicity with the “When”! Use this 7inch Single as a medium to travel back to the Colorful Psychedelic 1967! Vibrated Teleporting Psychedelia of the 21st Century! (TimeLord Michalis) 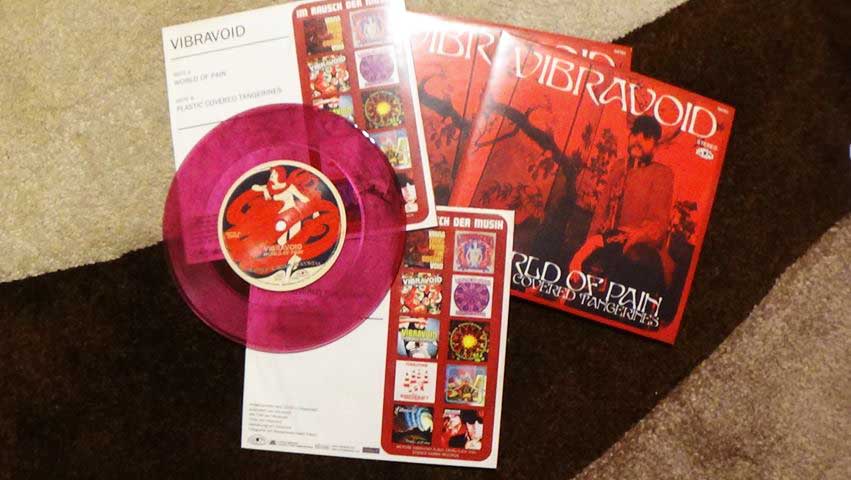 Get it through Official Stoned Karma Records’ Web Shop: