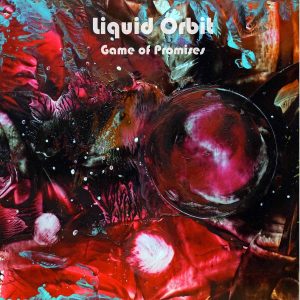 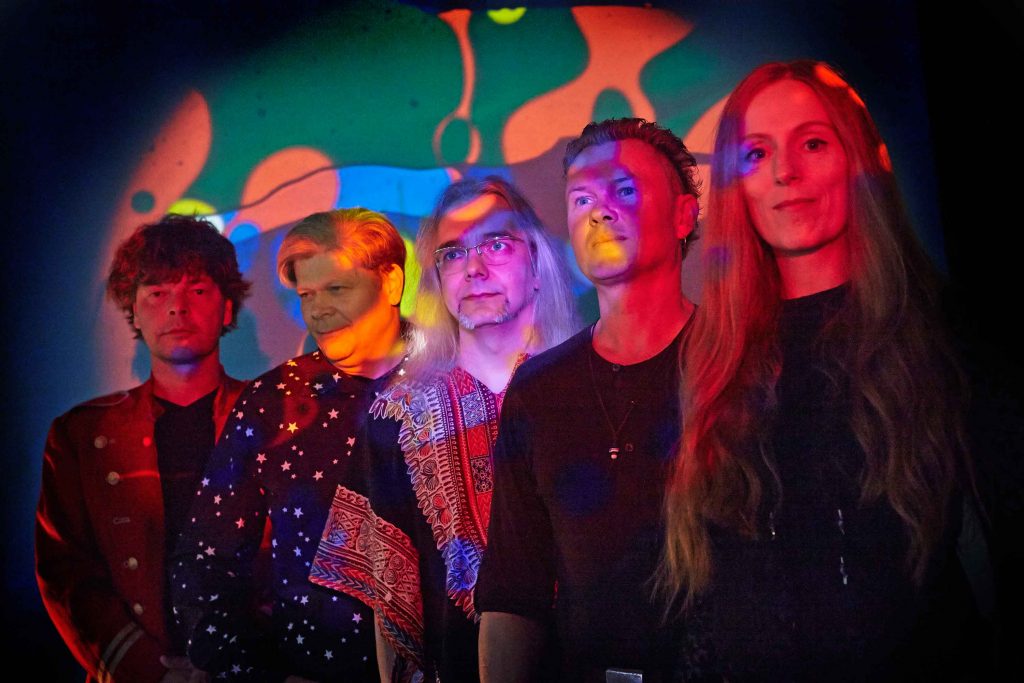 Liquid Orbit is a quintet based in Bremen, Germany and after their wonderful self-titled debut album in 2017 (also on Nasoni Records) they are welcoming us to their 2nd Trip called “Game Of Promises”. The band consists of singer Sylvia Köpke, guitarist Andree Kubillus, keyboardist/organ player Anders Becker, bassist Ralf Höpken, and percussionist/drummer Steve Wittig, which are all pundits in their genre. Since the early 1990s, they have worked and played with Damo Suzuki (Can), Rainer Baumann (Frumpy), Daevid Allen (Gong), Nikki Sudden (Jacobites), Tom “The Perc” Redecker and Nik Turner (Hawkwind). (Organist Anders was a co-founder of the Mandra Gora Lightshow Society). So, after “exploring” and “merging” several Sub-Genres of Rock, the band has developed its own unique style! “Game Of Promises” consists of 6 songs, 3 on Each Side. Side ‘A’ kicks off with “See Me Falling”, a track that is dominated by that “cursed” vintage but groovy Organ sound, emerging a Blues-Rock feeling, leading the track to an old-fashioned hard n’ proggy path with lovely vocals and an almost Funkish attitude but with a real fresh “look” on today’s scene! “Shared Pain” is a slower number, more Bluesy, dressed with Sylvia’s beautiful voice and a mellow warm guitar sound but after the first 2:30min the track literally transforms into a Heavy Blues Rocker without losing that sophisticated attraction of the first minutes, though the electric guitar is now in front, shinning and shimmering in a glorious Prog way! As far for the last 3 minutes, the track gets an exciting and interesting turn! Side ‘A’ closes with “Please Let Her Go”, built on a Blues-Rock scale, the tune offers “fertile ground” for the band to develop their skillful arrangements showing their strong and tight musicianship. In the middle section, the band manages to Trip into another more Proggy and Psych influenced soundscape! Side ‘B’ opens with the self-titled “Game Of Promises”, a tune full of energy with multiple and continuing mood and rhythm changes “conducted” by Sylvia’s vocals and driven by this Majestic Organ sounding! This one is a Heavy Groover that gives some open air for the guitar to Shine a bit also! “Fly With Me” starts and by now Liquid Orbit’s unique style is distinctive and fully characteristic, spread out on all compositions, like this one here. Musically this tune is a little more Trippy than the previous ones, emerging an intense and nostalgic 70s Hard-Rock feel! The last one is my favorite track on this album, it’s called “Verlorene Karawane”. Trippy with an ambient-like Mantra-Inspired start, harmonically beautiful voiceless lyrics (at some point they did remind me the ones by my beloved Lisa Gerrald!!!) while the band is building a steady trippy n’ proggy musical background, showing Sylvia’s great voice’s potentials! The track becomes “controlled” Heavy at times and manages to fill the air with Eastern Spacey Cosmic energy! Mind-Blowing! Get your Mind Liquefied and enter the Orbit! (TimeLord Michalis)

Get it through Nasoni Records: 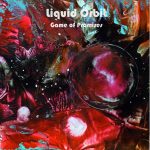 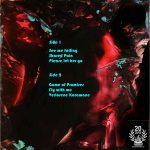 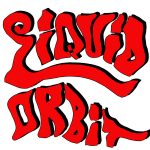