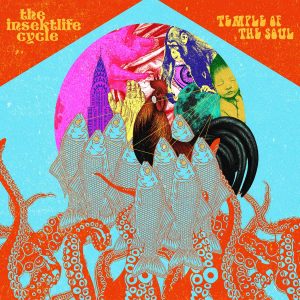 I first heard about this Philippine Instrumental Rock band from 2 very limited lathe-cut Split Singles that Fruits de Mer Records released back in 2015 and 2016 as part of the Friends Of The Fish series. The first was “The Cats Never Sleep: The Insektlife Cycle ‎– Switzerland Meets The Philippines” and the second “The Insekt Life Cycle, Cold Bath ‎–Friends Of The Fish Special Limited Edition Lathe Cut 8”. Soon after, Mega Dodo Records released The Insektlife Cycle’s debut album “Vivid Dreams Parade” in 2017. This Filipino band was formed back in 2013 by members of Hateure & Barabbas and “Temple Of The Soul” is their second album, a result of a 2 ½ hour improvised jam, recorded live using a 4-track cassette recorder at the Sound Carpentry Studio in Pateros, Metro Manila, Philippines. It consists of 4 long tracks. “Unmentioned Motions” (9:52) sets the standards from the beginning. Improvisational piece of instrumental Rock music, Electric Guitar based, transmitting various emotions all over the place and since this is a “Live Jam”, it surely needs skills and other “things” to be able to “infuse” sentiments into your music! And these dudes can easily do that! On “Sonic Sermons” (14:10) the scenery becomes a little more creepy remaining trippy and maintaining (of course) their experimental improvisational jam personal style! I believe that their most adventurous track is the next one, “Temple Of Our Soul” (14:00), with an overall guitar sound, extremely sentimental but with an intense Post-Rock sounding, reminding bands like Godspeed You! Black Emperor or Sigur Ros! Eventually, the album closes with a kind of a slower number “Manilament” (13:20), filled with nostalgia and acting more like a ‘laid-back’ tune, and though it sounds like an acoustic one, it’s fully electrically charged! So, in conclusion, there’s a kind of exoticism in their ‘raw’ underground sound and that is what excites me most! Well done boys! Keep it coming! (TimeLord Michalis)

Listen through The Insektlife Cycle’s Bandcamp: 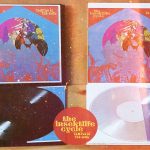 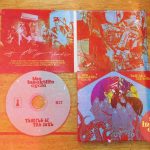 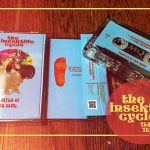 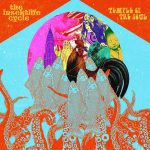