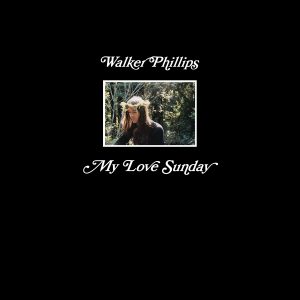 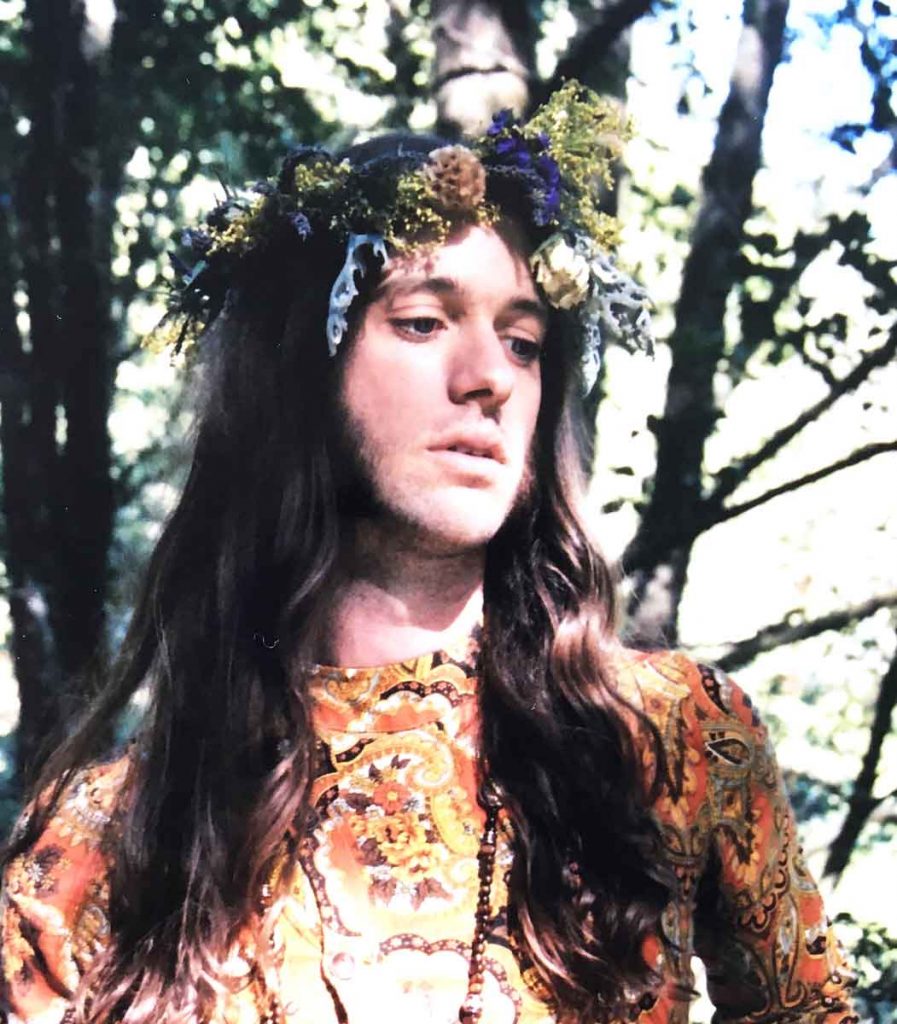 A very big thanks to my friend Constantine who turned me to Mister Walker Phillips, a few days ago. Just one song, “Song Of Death” was enough to make me an ‘Instant Fun’ Of Walker’s music… Walker Phillips is hailing from San Francisco, California and he works as a collaborator or producer with dozens of absolutely brilliant avant-garde sort of ‘folk’ musicians/poets. Walker performs regularly in and around San Francisco, solo and with several groups, from rock n roll to acoustic traditional music. Walker created God’s Eye Records in order to release two albums that he felt he couldn’t entrust to anyone else: His own album “My Love Sunday”, and an album he produced for San Francisco singer Caira Paravel entitled “Mirror Mirror”. Lately, he’s been making 8mm films for some of the music and you can find them through his website. Walker along with Caira and 4 other artists they have created the band Tabernacle, dealing with traditional ballads of the British Isles, played as loud and heavy as they know-how, and other times not! So let’s focus on Walker’s debut album that has recently been distributed in Europe through Guerssen Records. It is recorded over a couple of weeks’ time in Walker’s home studio. Walker played all of the instruments, with some exceptions (most notably the splendid flute playing by Mr. Evan Francis). “My Love Sunday” is an exceptional atmospheric Neo-Acid-Psych-Folk album inspired by the Psychedelic 60s and all these Psych-Folk loners of the past. The album has 2 sides (obviously!), the first one is the ‘Sun Side’ and the other is the ‘Moon Side’. The ‘Sun Side’ takes off with “Albion Daughter”, a melancholic folkie tune influenced by early Marc Bolan’s Tyrannosaurus Rex! The A-M-A-Z-I-N-G Sensational breathtaking “Son Of Death” follows. The Sitar, the Flute and Walker’s innocent melancholic and full of nostalgia voice are psychedelically blending together causing a platonic connection. This is Acid Psych in its Best, reminding Jake Holmes, Alexander Spence or even that ‘cursed’ Syd! I haven’t heard such a cool fantastic Psych-Folk tune since Constantine’s “Day Of Light” LP from 2015! The self-titled “My Love Sunday” is a brilliant folkie “Sha-La-La” tune, a happy song that brings to mine the happiest days of Mike Heron or Tim Buckley! The Syd Barrett influenced “Sorrow Came Today” has a wonderful acoustic guitar on the front while at the back the flute is showy dressing any blanks! The first side is closing with the Astonishing “The Rain, The Tower & Other Things” with effected echoed singing and beautiful backing harmony vocals soon to leave the field free to experiment in an absolutely creepy acid Psych way, really mind-blowing and it’s so remarkable how the track finally manages to get back to the initial melodic theme! ‘Moon Side’ opens with the magnificent “Six”, the song unfolds under a Psych Folk motive, deeply acidly drenched while the sitar is progressively getting “out there”, back & forth, sad & happy, high & low, dark & light. An unbelievable Psych-Dipole capable of melting numerous brain cells… “Song For Anne Frank pt. II” with its lovely weird spoken intro – including a poem called “Pix” written and read by K Is For Kaleidoscope and The Partridge In The Pear Tree – is a British-like Folkie musical fairytale with an intense Beatles vocal style! And while speaking for Beatles, if back in early 1970 The Beatles were asked to make a Folk song, then they would have sounded exactly like “There Are Times Or Never Do See Any Other Way”, need to mention that the backward guitars and all these strange effects towards the end of the song are launching the tune out of this World Psych atmosphere? “Rosemary” is a short balladesque folkie tune with a slight ‘medieval’ feeling! Eventually, the album is closing with the psychedelically marvelous “End Times”, a song deeply influenced and inspired by the wonderful innocent Hippie era of 1967, with adventurous groovy keys, real fresh & tight percussion and a wondrous astounding Santana-like ’68 sounding! Absolutely Mind-Melting! So, in conclusion, this album is like a rainbow after a rain, the music of Walker Phillips has the ability to penetrate your mind, opening doors, discovering places, so make yourself a favor and go order it right now! I only regret that I didn’t “discover” it earlier, so I could include it on my personal TOP 5 albums of 2018! Yes! That good! (TimeLord Michalis) 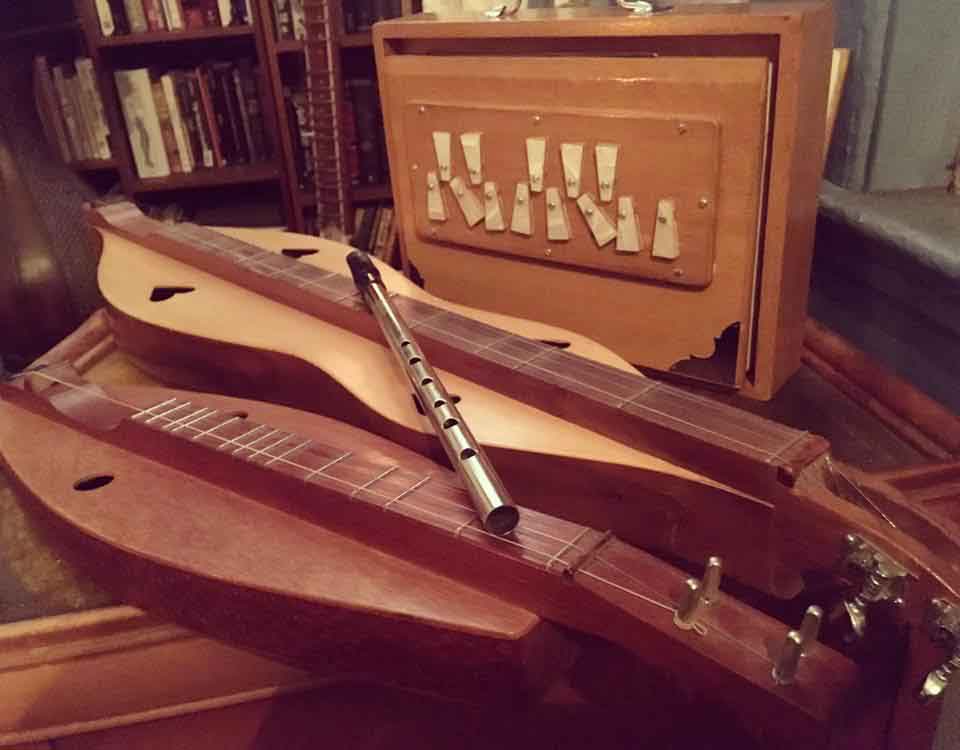 Get it through Guerssen Records: 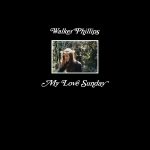 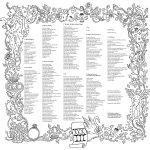 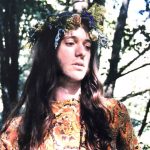 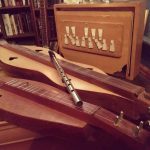