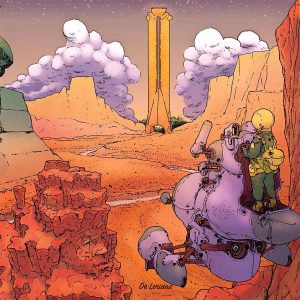 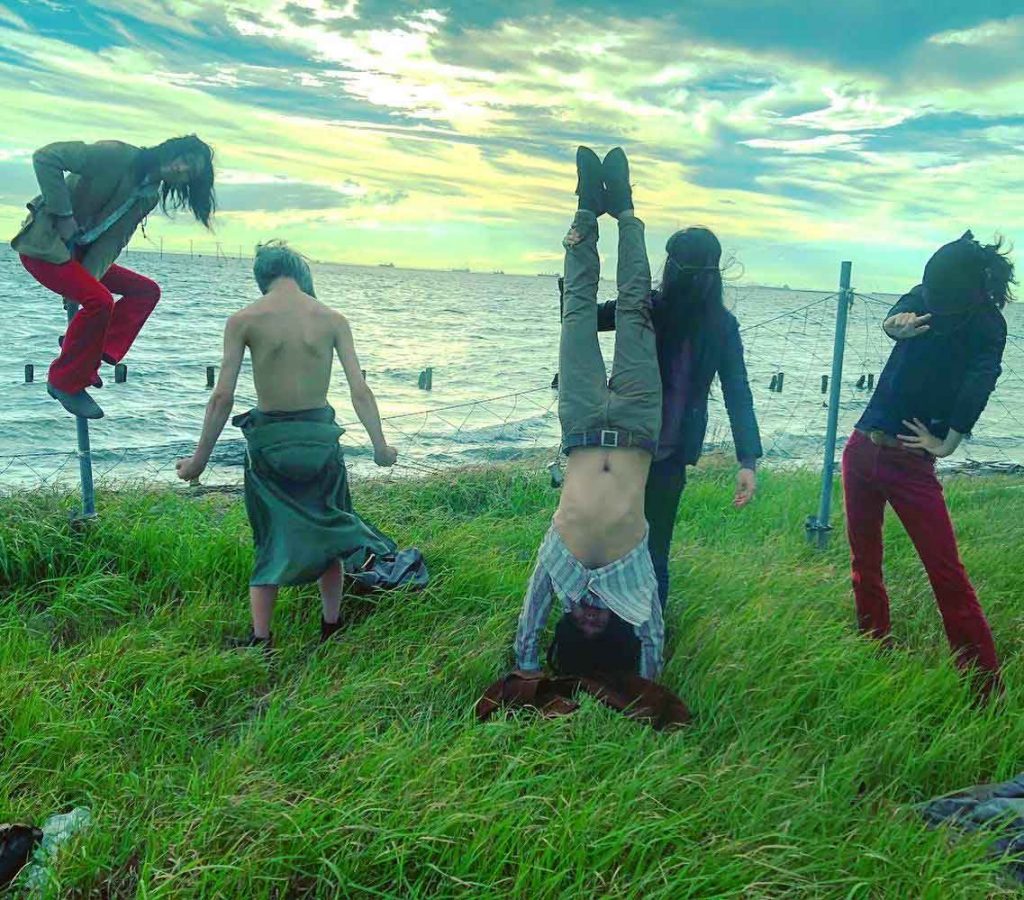 “Serving” the Underground for so many years, I know by experience, that it is (the Underground) so terribly thirsty for bands like this one over here. Why it is so rare for records like this one to be released these days? It’s the record company’s fault? Is there something wrong with the bands or the artists? It’s very hard for me to believe that it’s because of the lack of inspiration… For instance, this band here, De Lorians, are really overflowing of inspiration and new ideas! But anyway, enough is enough with my philosophical quests, let’s focus to these Japanese Dudes and their debut album. But first of all, a read from their Bandcamp site will make things easier for you:

“…and sometimes it just turns out that the newest members of the freak music family are a bunch of long-haired Japanese twenty-somethings playing Zappa-loving Canterbury-inspired blissed-out spiritual jazz rippers. If you had that on your predictions list, right on, you’ll be extra amped. But either way, meet De Lorians, Tokyo’s newest fire music exports, by way of their self-titled debut.
Grown from the always-heady Tokyo music scene and led by Takefumi Ishida, playing sax and synth, all five De Lorians contribute material to what they call pataphysical music. The seven tracks here burst with overstuffed Weasels Ripped My Flesh-style action: bonkers horn arrangements, savage guitar solos, constant movement, through-composed sections, improv, surreality, and the occasional peaceful woodwind-dabbled valley. No singing, no poodle play, just constant surprises, rich vibes, and heavy fun.
With the whole album packed into 32 zig-zagging minutes, it’s a compact and powerful first statement for a young band exploding with ideas, and with a lot more under the hood. At De Lorians’ monthly gigs, there are plenty of more surprises, too. There’s ample improvisation, of course, but some nights they disassemble the sections of their songs, piecing them into new suites that might run longer than the length of their studio debut. Think of this album, perhaps as their (temporarily) definitive ur-suite, a prog-fusion dream of inside-out rhythms and catchy af melodies.
Ranging in age from 22 to 27, the five De Lorians tap into a library of ideas from their precursors, less in retro-loving emulation than for alchemical strategy. With the idea of assembling a Canterbury-style jazz-rock collective, Ishida gathered the band in 2016 from like-minded musicians, including Soya Nogami (guitar), Hyozo Shiratori (keyboards), and Genki Goto (bass). Drafting drummer SyZeuhl from a musicians’ classifieds site, the quintet was soon off to the races, and beyond the track. “Zappa is God among us,” Ishida says. But besides that, the influences veer wildly, the compositions bending under the influence of each musician. Shiratori plays singing saw and theremin sometimes. Nogami is a Khöömii vocalist, a form of overtone-rich Tuvan throat singing. Lately, Ishida has been on a ‘50s easy listening bender.
In a country where piracy and streaming have never overtaken the brick-and-mortar music industry, the members of De Lorians constitute a kind of fundamental music exchange unit that’s largely been disappeared elsewhere in the world. Ishida came across a mention of Pharoah Sanders’s Karma LP while browsing in a bookstore, soon picked up a copy, and was transformed as a musician. But he also discovered that his local CD rental shop had a well-curated spiritual jazz section, and was soon exploring the music of Alice Coltrane, Doug Carn, and others. But there’s also psychedelic rock, cyberpunk, anime, memes, Pokemon, and whatever else has been discovered since this bio was written.
But making music nearly full time, right now, De Lorians’ biggest influence at the moment is probably each other. Recorded at the Tsubame Studio in Tokyo in September 2018, De Lorians is 32 minutes of timeless high-energy unity and barely controlled propulsion, exploding soon from a portal near you”…

De Lorians managed to make an instrumental record under the high-supervision and guidance of Uncle Meat! Yes, Frank’s presence is diffusible all over! Of course, the notorious Canterbury scene is a strong influence too! No to mention the divine greatness of Pharoah Sanders! Their transition from innovative fresh jazz ideas to the old underground Jazz establishment (and the opposite) is of important interest and it can really blow your mind away! The super-psychedelic artwork of the cover was done by Jan Buragay. The album contains 8 compositions clock ticking to a total of 32 minutes and it takes off with “Daytona”, after the first 60 seconds of spacey effected free experimentation, the band enters into a sensitive but sentimental free-jazz motive, obviously influenced by the Canterbury scene of the early 70s emerging an intense Prog feel in their playing! On “Magso” their ‘Jazzy Quests’ become dark, moving to the same Canterbury path adding a few electronic effects and creating a futuristic neo-jazz improvisational soundscape that becomes progressively mellow! “A Ship Of Mental Health” starts and you can immediately understand that the place is ‘possessed’ by Zappa’s ghost! A lot of weird effected snippets are interpolated while the band continues to prove that “Zappa is God among us” with an extremely supreme interventional way! This is a dizzy interesting twist of De Lorians’ composing style! End of side ‘A’… Side ‘B’ opens with another essential Canterbury-inspired tune entitled “Gomata”, Sophisticated and Heady improvisational free jazz at its best! “Roccotsu” is a slow atmospheric laidback tune, soulful and extra sentimental, transmitting late-night vibes in a funky groovy way makes you wonder what the hell Shaft is doing here? “Himalia” is a rather strange ‘piece’ of jazz with a kind of a marching beat and introvert creepy Sax sounds, discovering new musical landscapes, an adventurous tune that flirts a bit with mid-70s Prog-Rock! The short interlude of “Daytona (Reprise)” follows and eventually the album closes with “Toumai”, Canterbury styled with an interesting plot, with pinches of Sun Ra and Pharoah Sanders, flirting with Eastern scales under a magnificent and labyrinthine orchestration resulting a very Spiritual neo-Prog-Jazz!

“De Lorians” is an elevating, uplifting, mathematically confusing, hippy influenced multi-dimensional free jazz album that it’s really hard to believe that it came out in 2019! Some date from the early 70s could fit better! A delightful impressive musical intoxicated maze of pure surreal Jazz complexity! In other words, New Freak-Jazz with a PSYCH perspective! ONE OF THE BEST ALBUMS OF 1971! Sorry… 2019!!! (TimeLord Michalis) 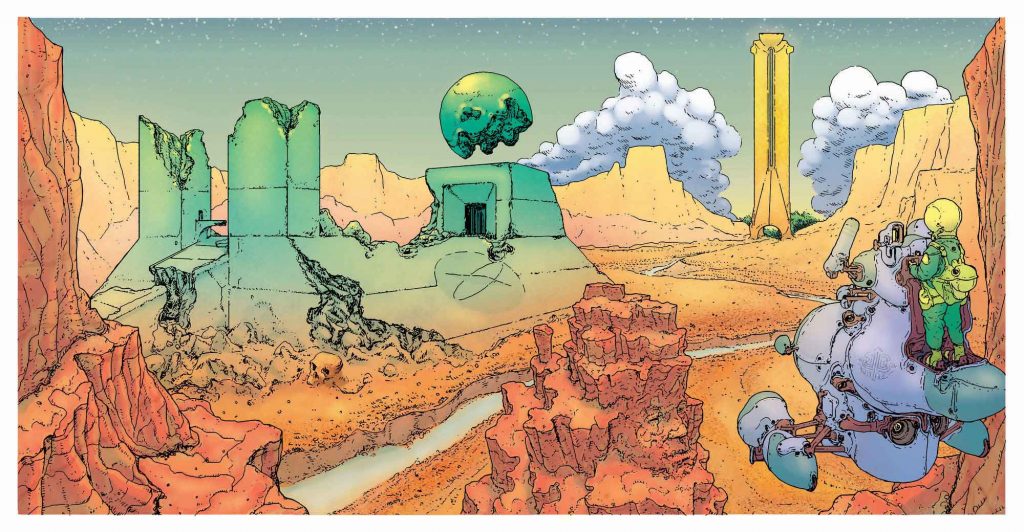 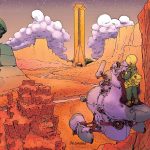 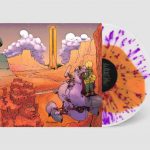 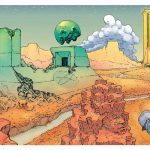 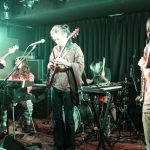 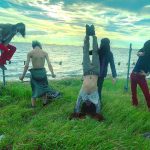