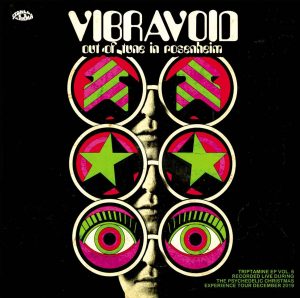 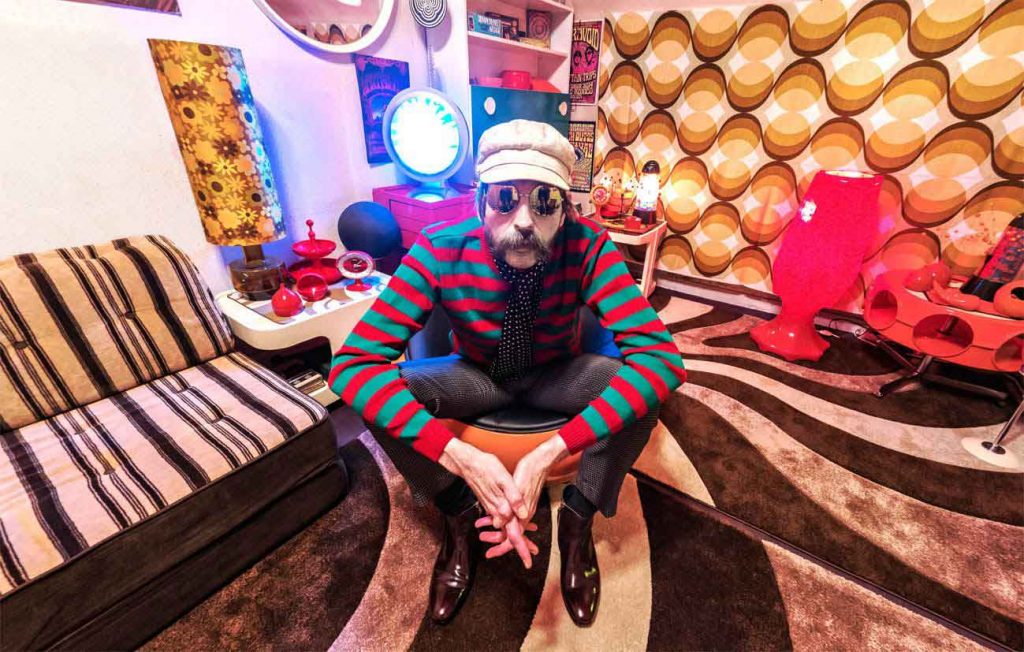 Celebrating the 30th anniversary of Europe´s longest-running neo-psychedelic band, Vibravoid continue their “Triptamine EP” series which started as vinyl-only albums during the years 2000-2010 at the low point of vinyl records! “Out Of Tune In Rosenheim” was recorded live during last December´s “The Psychedelic Christmas Experience Tour” and presents the Vibravoid at their peak. Unaware of the audio recording, Vibravoid played one of their most intimate and best shows of 2019. Fortunately, this performance was conserved in excellent sound quality and is presented now as volume 6 in the “Triptamine EP” series.

The double LP record set contains 9 tracks divided into the 4 sides of wax. One hour, fifteen minutes and 46 seconds of absolute Hedonistic Psychedelia of the 21st century! You may think “Ok, another Live Vibravoid record, so what?”… Oh! Silly you! You must (ought) have learned by now that every Vibravoid Live is like going to a different place for HoliDaze each time… It’s like using “different” ways to “Trip”… It’s simple as that… Another Live… Another Trip… Another Experience… Another Mind-Expanding… Got it? That’s the “Magic” that surrounds this band… Master-Mind of Vibravoid – Dr. Koch – has been studying (experiencing) Psychedelia for the last 45 years (at the age of 5!!!) and along with the fact that his DNA is filled with KRAUT (he is a native of Dusseldorf, the mother-city of KRAUT), automatically this makes it a rather Explosive Combination! Only someone who experienced a Vibravoid gig can understand this!

2 out of the 9 songs are covers. The first one is Vibravoid’s reinterpretation on Tyrnaround’s “Colour Your Mind”, a favorite tune that the Doktor and his gang are very fond of performing on every occasion. The second cover is their MAGNIFICENT version on Can’s “Mother Sky”, a version ”reduced” to 18 minutes (the usual is more than 30 min) that includes – of course, and as always – Christian’s tribute to his Soul-mate Sky Sunlight, entitled Sky Saxon Mantra. Among the originals, over here, there is the Underground Acid Psych Hit of summer 2019 – “World Of Pain” – the acidilicious LSD drenched “Just 13”, the ecstatically bloody 69-freak-a-delic “Lovely Lady Deb O’ Nair”, the psychedelic Rocket “Ballspeaker” – 19:34 of pure mind-blowing Psych Euphoria, a colorful one-way bridge from 2020 to 1967. “Playing With Beuys” and “Rheinflow” are presented here with an amazing extraordinary fresh energy and a groovylicious attitude! The 12 min “Your Mind Is At Ease” it’s another “Vibravoid standard” that not only “eases” your mind, it also helps your Soul repose in Purgatory! Purification for the Mind and the Soul! This is exactly what this release offers, nothing more nothing less. All you Believers are free to Enter… Turn off the lights, light a candle, burn some incense, increase speaker’s volume, drop the needle to the groove… and Let Psychedelia run through your veins… TimeLord Michalis

Get it through Stoned Karma Records: 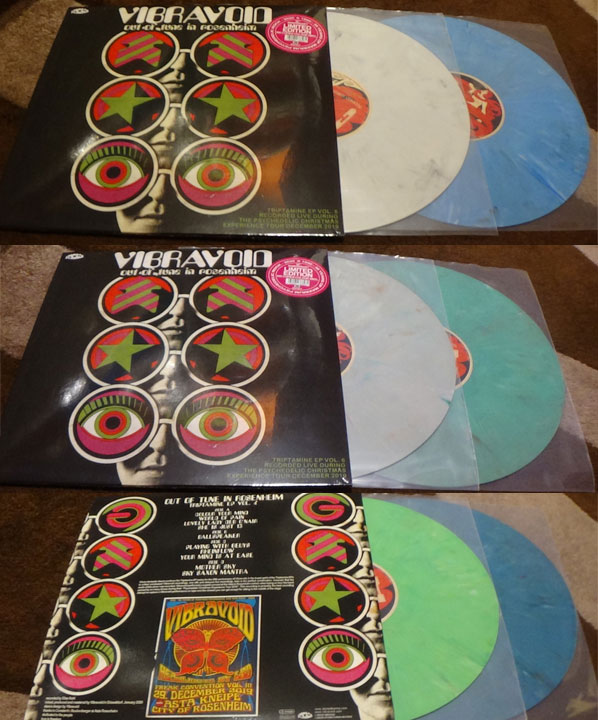