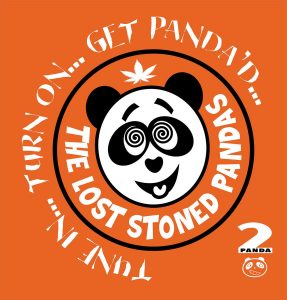 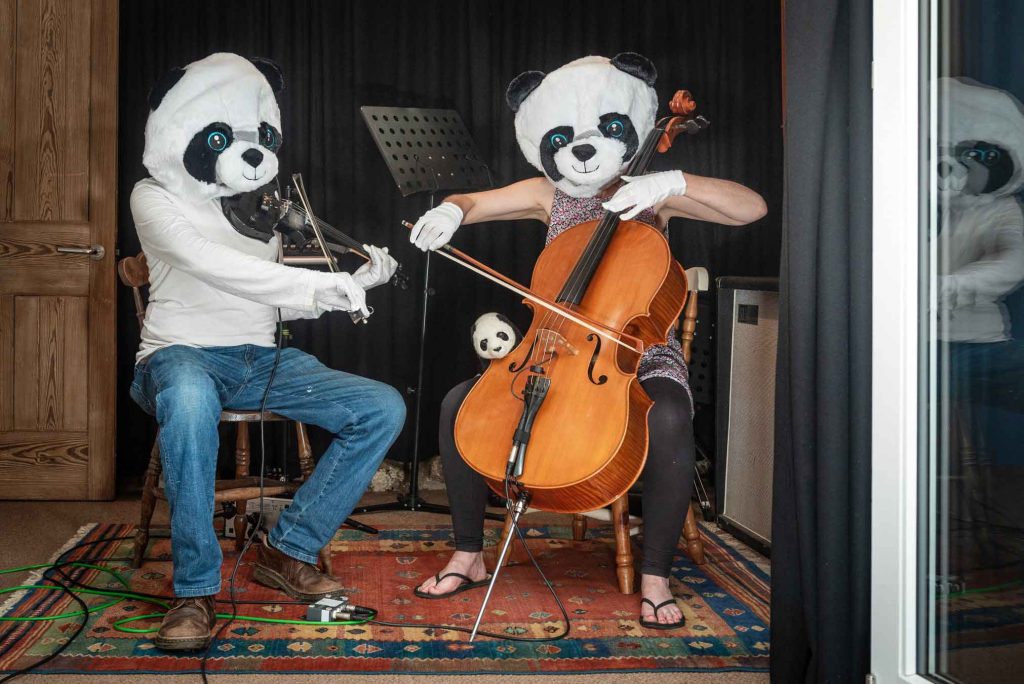 “The Lost Stoned Pandas were born from a conversation between Welsh spacerockers Sendelica’s Pete Bingham and writer/musician Kris Needs during the recording of the 2019 Sendelica / The Orb / Secret Knowledge collaboration EP ‘Windmill’, with the name coming from a very surreal GIF of cavorting pandas… One thing led to another and a cupboard-full of pandas convened at Mwnci studios in sunny West Wales in July 2019 for a rather magical couple of days of drinking, eating and recording… In attendance with Panda Pete was Panda Paul-violin (ex-Curved Air), Panda Chris-electronics (ex-Space Ritual), Panda Jack-drums (Sendelica), Panda Kate-cello and Panda Glenda-bass (Sendelica)… Autumn/Winter saw the recordings being dissected, manipulated and re-assembled by Panda Colin, Panda Marc (Astralasia) and Panda Pete. The track titles are probably a reflection of just how lost and stoned this particular ‘embarrassment’ of pandas were (apparently, that is the correct collective noun for a bunch of them)”

So, what we have here is 4 long sidetracks spread into the four sides of this double LP, filled with Space Rock, Space, Ambient, Ethnic with a “mood” of experimentation and improvisation.

Side One: “Track Seven – Wild Witch Black Panda Mix” (18:36) – under a mysterious and hazy effected atmos with lots of “foreign” talks the track slowly becomes spacey and kind of windy, quite experimental, Impro, Weird and Spaced-Out!

Side Two: “Track Four – Noah’s Marc Mix” (17:20) – this is another improvised tune, less “effected” and more “musical”, it’s a slow space-jam across the universe with an ideal electric Guitar/Sax blending Sound, a dreamy tune placing the listener inside Noah’s Ark, while the Sheep are there…

Side Four: “Track Three – Into The Hadron Kaleidoscope Mix” (21:11) – a weird track, it acts as a live studio experimental jam session, electronically flavored and kind of Kraut-flirting a bit, with a real noisy background!

So, admirers of Sendelica would LOVE this album to the last second. As for all the rest of you “seekers” out there, this is a Lost, Stoned, Panda-delic album, a non-digesting LP that will open your musical Horizons! TimeLord Michalis

Order it through Sendelica’s Bandcamp: 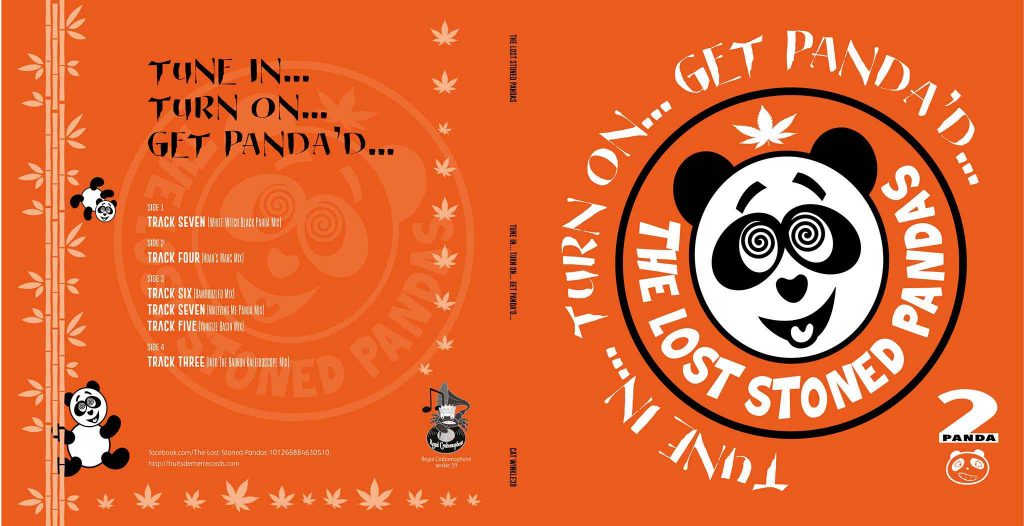