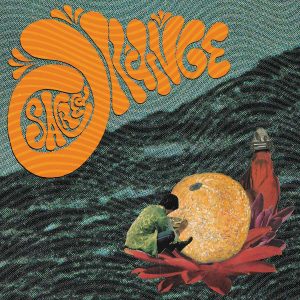 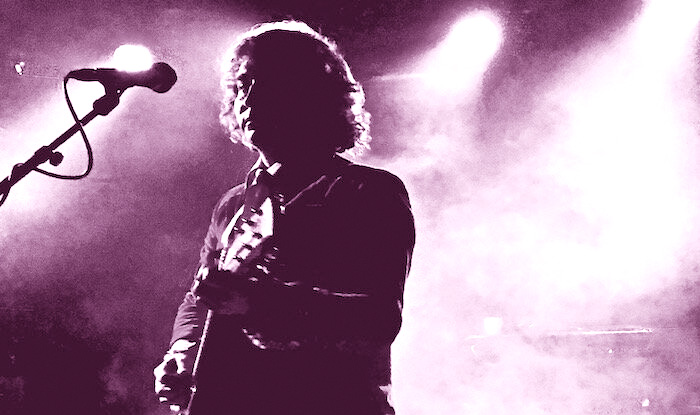 Sacred Orange, a psychedelic supergroup composed of members of Electric Looking Glass, Triptides, Dream Phases, Frankie and the Witch Fingers and more. Sacred Orange is the brainchild of former Creation Factory guitarist Neil Soiland. With influences as diverse as One In A Million, The Beatles, Tintern Abbey, Graham Gouldman, The Beach Boys, Tommy Roe, and Satanic Majesties-era Rolling Stones, the Sacred Orange project epitomizes not only the mind-blowing music that defined Psychedelia’s golden age but the camaraderie and shared inspiration that brought it to life. Intended solely as a studio project, over 60 separate tracks were recorded for “Mister Opel” alone. Months in the making, the three songs that constitute the Sacred Orange EP serve as the magnum opus of the now-legendary project, in which nearly every denizen of the L.A. psych scene was seemingly somehow involved.

“Mister Opel” channels the spirit of Psychedelia’s ’66-’69 heyday, expressing the majesty of songs such as One In A Million’s “Fredereek Hernando,” Morgen’s “Of Dreams” and The Pretty Things’ ‘68 single, “Talking About the Good Times”. Like the eponymous figure in The Pretty Things’ S. F. Sorrow album, Mister Opel is a central character in the Sacred Orange EP, an enigmatic media figure trapped in a world of illusion. A splendid slice of heavenly pop-psych crafted by Triptides’ Glenn Brigman with added elements and arrangements from Neil…

“Away My Love” is an homage to the blissful, harmony-laden sunshine pop pioneered by Brian Wilson and Curt Boettcher and championed by bands such as The Beach Boys, The Mamas & The Papas, and The Moon…

“Crystal Sunlight” takes listeners on a languid magic carpet ride through deep, fragrant valleys swirling with bright, multicolored mists, with a multitude of monks chanting from the mountaintops above. With nods to The Rolling Stones’ “Paint It, Black,” “Still I’m Sad”-era Yardbirds, The Bee Gees “Deeply, Deeply Me,” and even The Zombies and Scott Walker, it’s the perfect comedown for an EP with the inspiration and ambition of a double album.

Sacred Orange for these recordings are:

“Mister Opel” unfolds a tremendous “Tomorrow Never Knows” psychedelic Beatlesque atmosphere, blended with late 60s heavy British Psych and mixed with the hazy noisy torturous psych-a-crazy environment of “Square Root Of Two”, making it extremely hard to believe that this is a ‘present’ recording! Mind-Bending! A Mind Blown is a Mind Shown! “Away My Love” is a wonderful old-fashioned balladesque tune with a kind of bittersweet nostalgia, with the presence of Beatles and Beach Boys all over! “Crystal Sunlight” is an A-M-A-Z-I-N-G Moody-Psych tune that makes me wonder why they don’t make such songs today? Tons of Psychedelic melancholic vibes are spread all over the place! I just hope that the band will include the full version of this song on their forthcoming LP, the song is sadly faded (for the obvious reason of limited space). One of the Best Singles of 2020! So Fresh! So Old! So Orange! So Juicy! So Psychedelically Sacred! Love it!!! TimeLord Michalis

Get it directly through Hypnotic Bridge Records web: 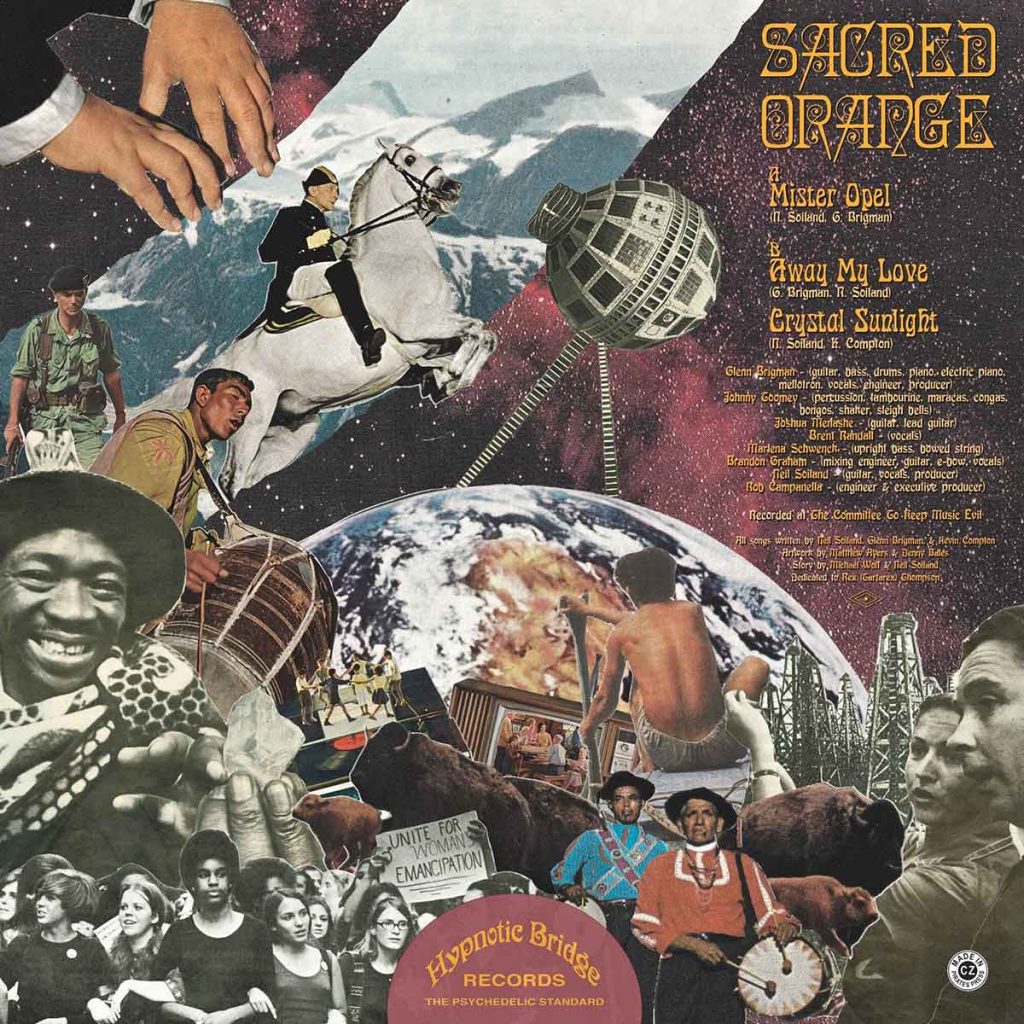