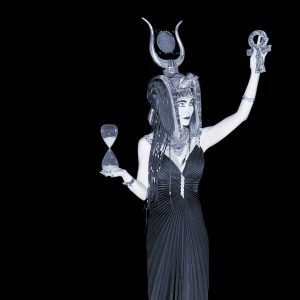 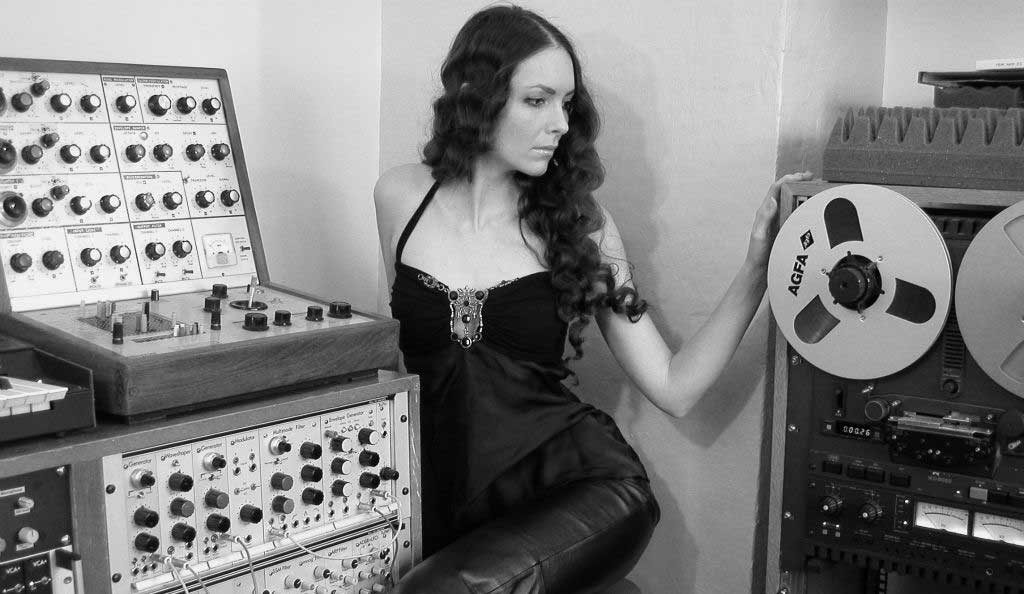 “Cary Grace is an American expat, residing in England since 2005. She is as much at home wielding a soldering iron as a guitar and runs
Wessex Analogue, manufacturing Wiard brand boutique modular synthesizers. She devotes as much of her free time as possible to making and listening to music, and finds much of her creative inspiration exploring the beautiful English countryside by motorbike”. Cary belongs to “Friends Of The Fish” series that Keith of Fruits de Mer Records puts out as a parallel project to his FdM releases and that’s where I “discovered” Cary and her music. Her last 2 albums “Tygerland” (2015) and “The Uffculme Variations” (2016) were excellent “specimens” of her unique prog-spacey rock style, but it was her Amazing version on Floyd’s “Fat Old Sun” (Friends Of The Fish 19) that really blew me away! Anyhow, Cary’s new adventure is called “Lady Of Turquoise”, it’s a double CD with over 90 minutes of beauteous musical creations! The album kicks off with “Khepera At The Dawn”, an instrumental passage flirting with 70’s synth Space-Rock. “Letterbox” in an acoustic kind of ballad dressed with Cary’s warm and sweet voice sooner to be “changed” into a psychedelically ‘weird’ progressive tune! “Without A Trace” and “Into Dust” are balladesque space-prog-rock tunes with exceptional guitar work while “Afterglow” – one of the 2 personal highlights of the album – has an amazing 70s atmosphere, classic Hawkwind space-rock era, with an “addictive” large spoken word section that combined with the trippy spacey electric guitar sound, a mysterious Progressive vein overflows the tune! “Film Noir” is another “catchy” tune, a wonderful Sax sound and a mid-70s Floydish guitar in the background! Bouzouki and Laouto on “Costume Jewellery” are perfectly blending with guitars and synths creating an imaginative progressive rock soundscape, still dreamy though! “Moonflowers (Fade To Black)” it’s an incredible prog-rock ballad with an astonishing electric guitar sounding that only stops when the song ends! My second favorite/highlight is “Sacrifice”, typical soft prog-rock style but with a REMARKABLE Mind-Blowing Organ Sound, so Spacey and Trippy! “Memory” is another prog ballad, drenched into melancholy emerging a bittersweet feeling while “Castle Of Dreams” is electronically flavored, armed with tons of synth effects capable to trip you back to the early Vertigo days! The short “The Land Of Two Fields” is a brilliant synth-based tune with a marvelous bucolic aura! The album closes with the self-titled “Lady Of Turquoise”, a Prog-Rocker with a wondrous guitar sound (it seems that it just came out of U2’s The Joshua Tree), a track that back in the glory days of 80s Radio could have easily “occupied” the air-waves for many months! An album, full of Fresh ideas, Turquoise Sounds, and Gentle Progressive vibes! TimeLord Michalis

This is the promo 2CD version that comes in one cardboard cover including both CDs. Also included is an A5 sized four-page cardboard promo leaflet and tons of tiny silver cardboard stars 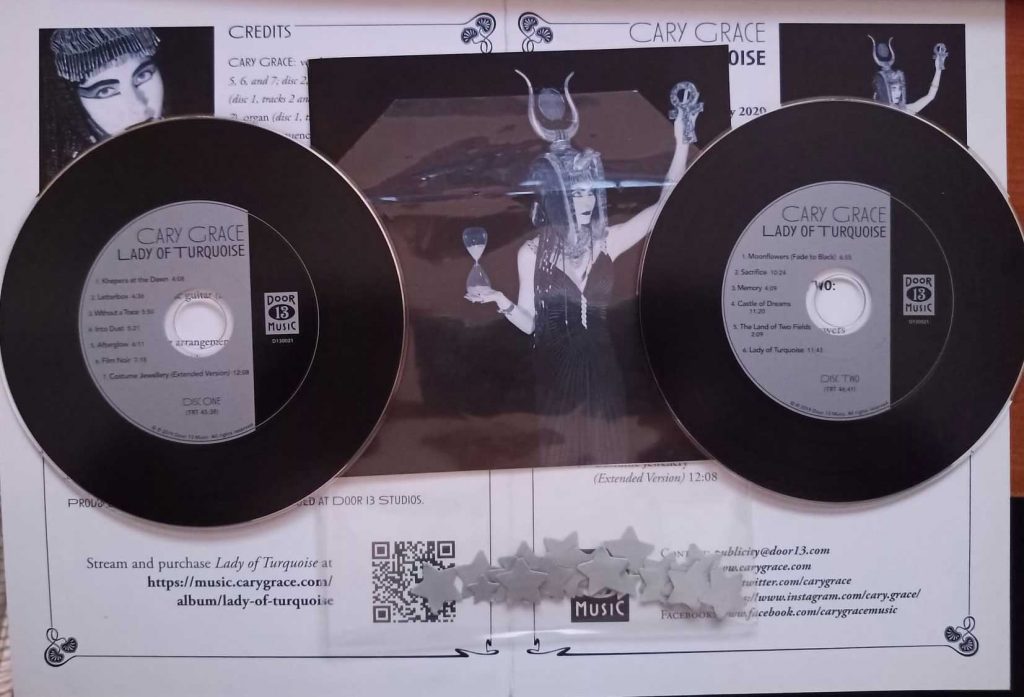