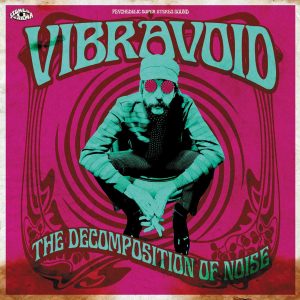 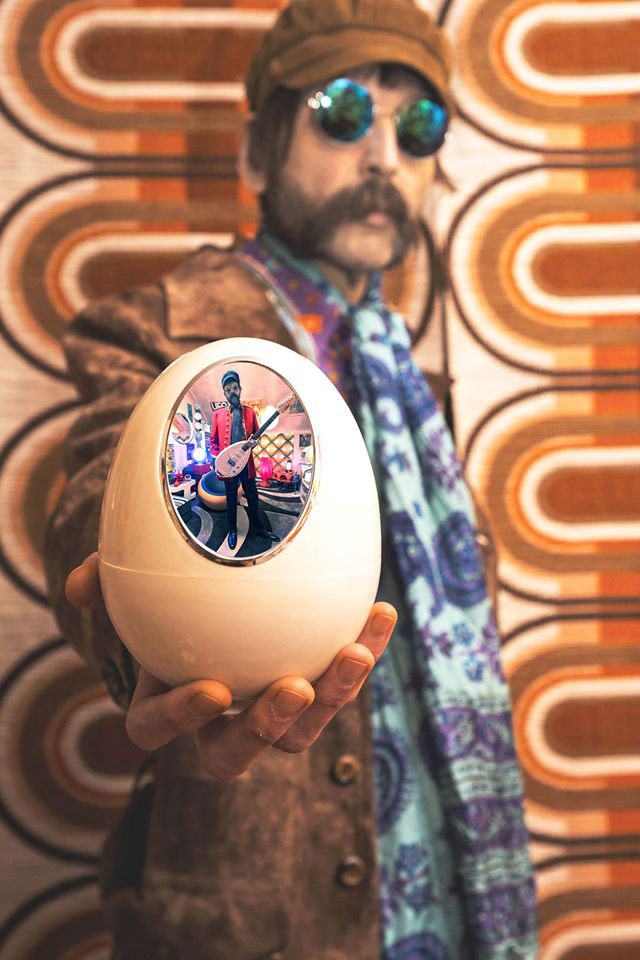 The Super productive Psychedelic Machine – Düsseldorf cult legend Vibravoid – is here with a brand sensational new album entitled The Decomposition Of Noise! After the successful and highly acclaimed albums “Wake Up Before You Die” (2016), “Mushroom Mantras” (2017), “Vibrations From The Cosmic Void” (2018), “Live At Finkenbach Festival 2018” (2018) and the sensational Pioneer Kinetic Op Art Single “Timemazine Woman” (2017), Vibravoid now deliver the ultimate neo-psychedelic rock album of 2020! “The Decomposition Of Noise” lyrically is a Social Cry of the sick system and the rotten humanity, musically is an explosion of Psychedelic Sounds! A perfect combination of various musical elements matching the finest elements of Pop-Sike, experimental Psychedelia and Krautrock like only Vibravoid can! “The Decomposition Of Noise” is another huge colorful boulder on this Psychedelic Wall that Vibravoid had built over the last 30 years that testifies their incomparable true Psychedelic underground nature!

The album kicks off with the self-titled “The Decomposition Of Noise”, a wondrous stunning psychedelic tune with a spectacular Groovylicious beat, echoed, effected and extremely radio-friendly (whatever this means)! Next comes “World Of Pain” (which was released as a 7” single in September 2019)… Acid flows… Everyone is dancing… Colors are diffusing… Owsley is offering Kool-Aid Orange juice while Vibravoid are on central stage performing their Acid-Fueled Fuzzy-Drenched Super Psychedelic Hit of the Summer of 1967… (read my review here:). On the first track, “The Decomposition Of Noise”, Dr. Koch wondered “what happened to tomorrow…” but now on this next piece of reminiscing daydreaming melodic psychedelia called “It Happened Tomorrow”, he rearranges “time” and “space” with the help of the “Guru” that “he is waking up the dead” and then all of a sudden magically “it’s all happening within a day”… Psychedelic sonorous multi-colored bubbles over-flooding the place… Multiple organic hallucinations occurred inside my mynd… Ah! It’s All Too Beautiful! On the other hand (or I can point it this way: on the other side of the moon), “Eardrum” radiates a glittering strange mystique charm that reverberates a sonic river of psychedelic sounds stimulating your ears with a new kind of experimental ‘noise’ making you wonder “what kind of ‘drums’ is Dr. Koch listening inside his ears”… “Plastic Covered Tangerines” that follows, was originally released as B-Side of “World Of Pain”… “… and a real Heavy Dose of Pure Illuminated Psychedelia starts to flow in my veins…”. Through the 19 minutes and 28 seconds of “The Essence Of Noise” Vibravoid introduce us Head Music For The Future Generation! Trippy, freaky and Acidly Experimental! Every single “noise” / “note” / “sound” / “word” over here, matters! And helps this Psychedelic Mindtrap Puzzle to be completed! Is this really happening? Or am I inside a some kind of virtual reality? Simulation with the Infinite? Is that Ken? Timothy? Aldus? … Doktor, what have you done to my head? Eventually, the album concludes with a Reprise 1:16min version of “The Decomposition Of Noise”…

The CD version contains 3 more tracks as bonuses. A radio Edit (2:47min) of “Word Of Pain”, a TREMENDOUS EXTRA-PSYCHEDELIC Live version of “Ballspeaker” (19.50min) that first of all will please all Greek fans, as it is taken from a Vibravoid gig in Crete in 2014! This edition also includes an excerpt from “Im Zeichen Des Zwilling”. Im Zeichen des Zwilling is Vibravoid’s first movie! It’s a silent movie that premiered on April 13th, 2019 at Pop Art Happening! Vibravoid are planning to release the soundtrack that they wrote for the movie, later this year…

In conclusion, “The Decomposition Of Noise” is a never-ending merciless head trip that not only finds out the undiscovered colorful psychedelic corridors of your mind, it also “unlocks” them, making them accessible… Is this the Best Vibravoid album so far? I really can’t tell… I’m not sure… Though I’m definitely certain for one thing, “The Decomposition Of Noise” penetrates your Mynd and instates a huge dose of Psychedelia in there… Use it on your own will… TimeLord Michalis 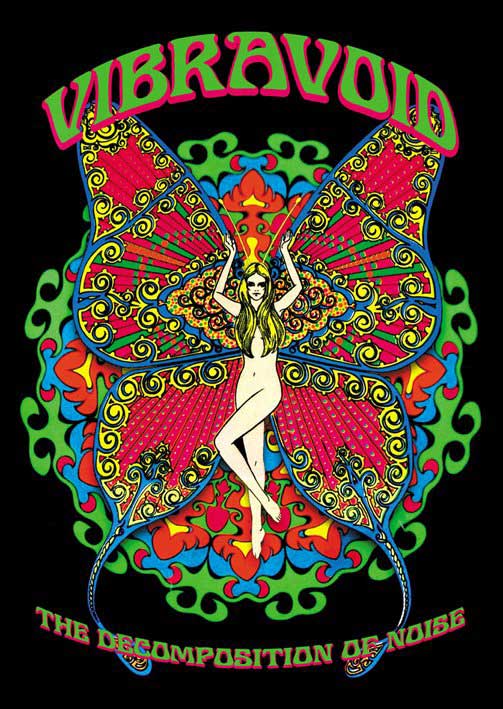 Get it directly from Stoned Karma Records: 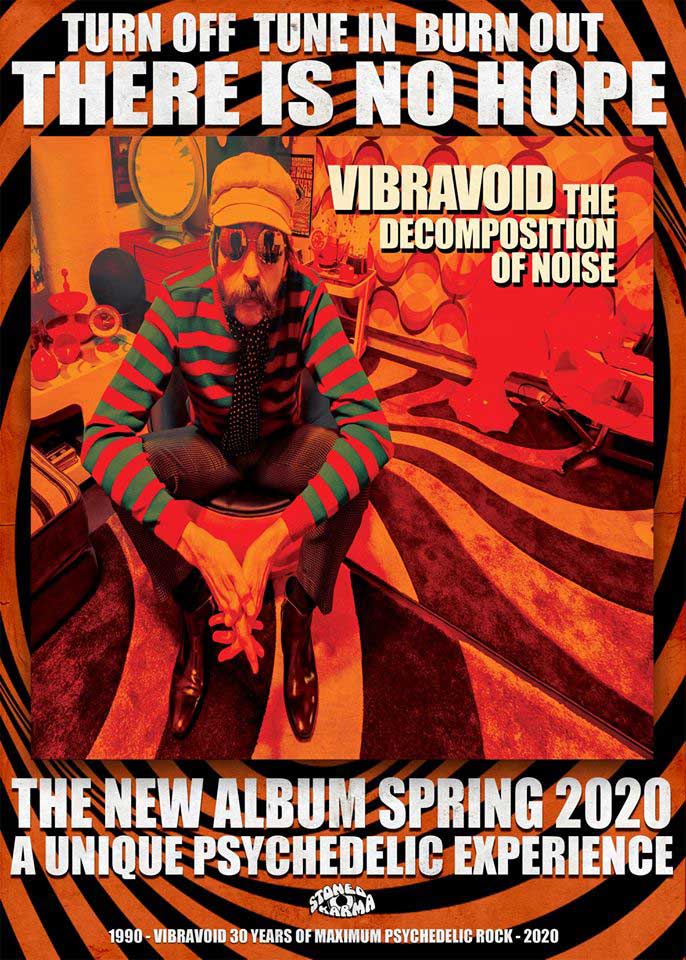