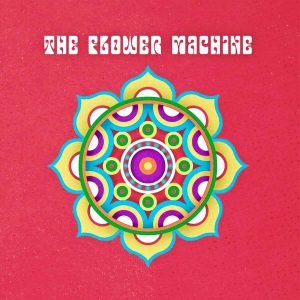 The Flower Machine started in L.A. California (2004) by Dutch-American singer/composer Peter Quinnell. On their Bandcamp page states that numerous low-profile indie releases followed in the US, Australia, Holland, England, and Thailand, but I only find 2 CD, 1 LP, and 1 7-inch release. [“Chalk Dust Dream Of The Tea Cozy Mitten Company” (2004, CD Microindie Records) // “Orange Balloons” (2006, 7” Microindie Records) // “Lavender Lane” (2010, CD Rainbow Quartz International) // Tangerines And Opium Trees” (2015, LP Pink Pony Airlines)]… Anyhow, The Flower Machine these days is Peter Quinnell (Vocals/Guitar), Matt Nice (Lead Guitar/Keyboards) and Carl Dybowski (Drums). Also, Brian Webster (Backwards guitar on Side A). Since 2016, Hypnotic Bridge Records (Indie label based in Los Angeles, California, USA, devoted to the 7-inch vinyl 45-rpm format and specializes in psych-pop singles) keeps on feeding us with little gems of rare beauty. The Flower Machine’s Single is the last Hypnotic Bridge number, 16th out of 16 (till now, April 2020). “Through A London Window” (A1, 2:49min) simply answers “What do you see/feel through a London window that is located in Los Angeles, California”… A sunny West Coast 60s psychedelic motive is blended with the bittersweet melancholic foggy vibes of British late 60s Psychedelia, too bad that it has to end so soon… Side B occupies the song “One In A Million” (B1, 3:10min) and I only can say “What a bloody amazing reinterpretation!!!” “One in a Million” is a song performed by the Barrett-era Pink Floyd in 1967. Pink Floyd performed the song at a concert in Copenhagen, Denmark, on 13 September 1967. It was never recorded or released, officially! This “cursed” riff lives again through this fresh up-lifting, mind-bending and super-healing version! The trippy keyboards section towards the end acts like a leading light that guides you back to the 60s. I’m sure that Corporal Clegg would have liked this! TimeLord Michalis 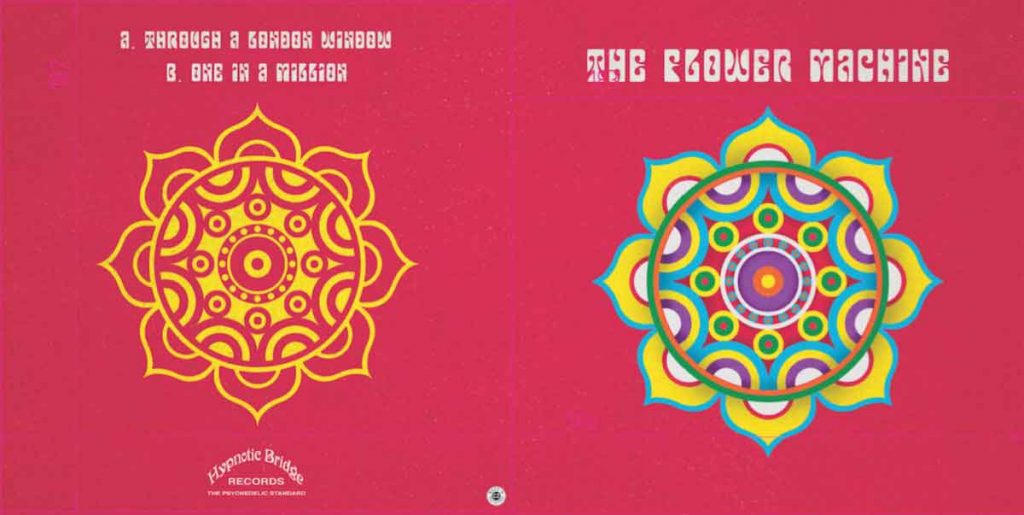 Listen/Buy through The Flower Machine Bandcamp:

Get it through Hypnotic Bridge Records Web-Shop: