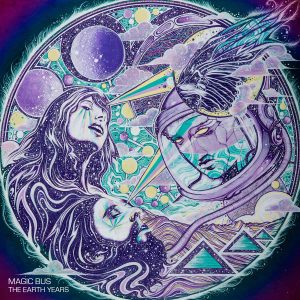 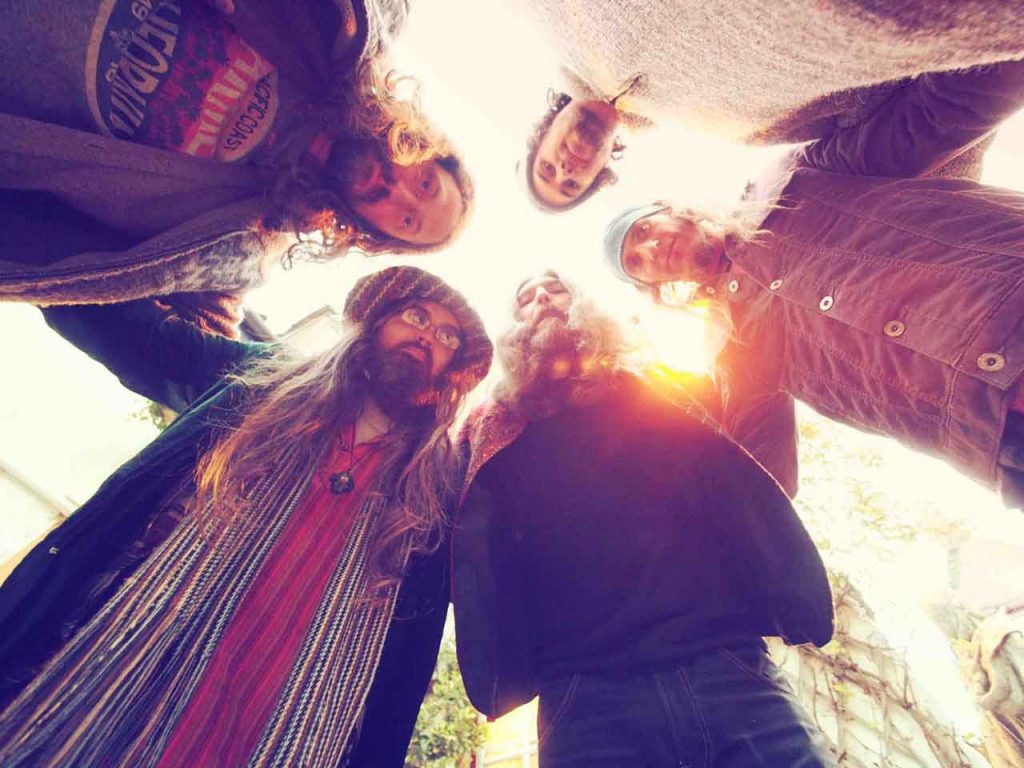 Label: Back To The Garden Records

The Press releases read: “Totnes, Devon-based psychedelic rangers Magic Bus have been weaving together their own cosmic tapestry for 10 years with sources as diverse as the Canterbury scene, California jam bands, eastern mysticism, and 70’s prog. For the band… making music is a privilege and a joy. The beauty of music is its ability to turn a room full of strangers into a tribe of brothers and sisters. In the modern age, festivals are the closest expression to the Utopian vision and the band has always loved this environment. The music is full of hope, unexpected time tunnels and sun-drenched harmonies. Lyrically the band’s pursue themes of spiritual quests, the search for Utopia and space-age exploration. Last year was a giant step up for the band. Touring Holland and Germany with the excellent Chris Robinson Brotherhood, Glastonbury Festival, Beautiful days, Green Gathering and many more. The Bus have a new album coming out, their 4th long-player. ‘Earth years’ is released on their own ‘Back to the Garden’ label. New and familiar sonic influences on this one…certainly a hint of the Grateful Dead, Gong and maybe even the Beatles..but very much the Magic Bus sound. ‘Earth years’ is released on LP/CD/DL and all digital music platforms on June 19th, 2020”.

“The Earth Years” album consists of 8 beautiful pieces of brilliantly and cleverly orchestrated music that, of course, refers to the past, the glorious era of the late 60s-early 70s. “Easy Om” and “Inca Trail” are soft modernized songs of the early 70s Canterbury scene, with the use of lots of “progressive” elements and the band’s own particular style of continuing rhythm changing. “Setting Sun” and “The Road To La Mezuquita” are a kind of mellow prog-rock ballads, bringing to mind Traffic ’73-’74 era. “New Day” enters a little deeper into the mid-70s Progressive-Rock path but without being “dangerous”… An amazing tune follows, it is called “Barleycorn”, it’s a typical Magic Bus Canterbury-influenced track that shows an intense early 70s Gong attitude! My personal highlight of the album is “Squirrel”, it seems that it literally comes from another period of time, the early Vertigo years, maybe. It combines multiple time-changes, strong musicianship, a little mysticism here and a little Eastern-like feeling there, some late 60s West Coast US jamming atmos, and ALL these in just 7 minutes! A Fantastic song! The album closes with “We Are One”, a balladesque sing-a-long tune but with a strong soft prog feeling. In conclusion, “The Earth Years” may not be as “complicated” as Magic Bus’ previous efforts, but it has warm and nice musical arrangements, excellent orchestration, a time tunnel with a fresh look to the old days of the past! TimeLord Michalis