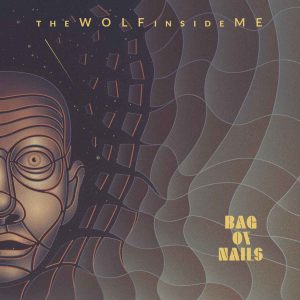 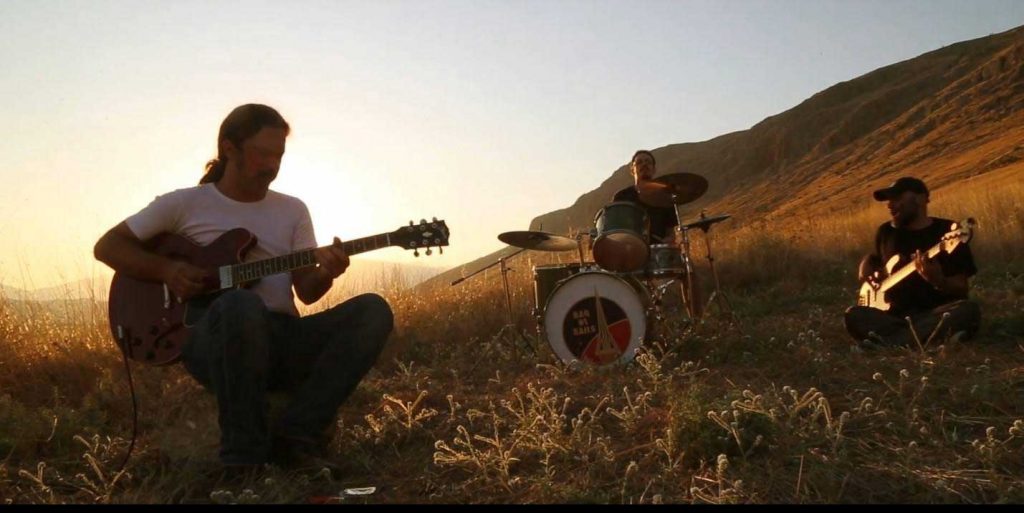 Bag of Nails is a dynamic heavy blues-rock trio from Athens, Greece, that started back in 2014. Their first 4-track demo came in 2015. The band consists of Panos Katsikogiannis on guitars/vocals, Giorgos Antoniadis on bass/backing vocals, and Agis Gkritzios on drums/percussion. “The Wolf Inside Me” is their debut album and it was released through German Nasoni Records! It seems that after the loss of Hans-Georg, Carola is doing a great job discovering and releasing interesting bands from around the globe. Bag Of Nails is one of them!

The band states on their Bandcamp about “The Wolf Inside Me”: “When someone spends his whole life amongst the sheep, he usually ends up acting like them, moving like them, even bleating like them, becoming indistinguishable from the flock. Here, we tell the story of those who don’t. We tell the story of those who cry when others laugh and it only takes a hard day’s night and a great love that hurts bad, to remember who they truly are. So, when the shepherd tells them not to stray ’cause the wolf will get them, you shouldn’t get fooled… They nod in agreement not because they are afraid of him, but because they got the wolf inside them”…

The review that follows is done by my friend Stavros, and he has written down exactly how he felt when listening to the LP album for the first time. The translation was done by Stefanos Panagiotakis.

On Saturday, Panos gave me the new album by the band Bag of Nails, “The Wolf Inside Me”, and after listening, I would like to write a few words about it. Well, apart from the very nice cover, the inner sleeve and the very good work done by Nasoni Records, the essence of music took place in my ears and something more than this. A very original sound begins immediately with the intro and you feel that something is happening here. It’s been a long time since I’ve heard such a loud and at the same time a so special orchestration. The guitars used by the band with a hoarse sound that looks like is creating from an electric valves amplifier, but clean where needed. Very good rhythm section from bass and drums and the wolf’s journey begins. Panos’ soul voice makes the whole band happy. There are significant parts in the first tracks with clear influences from Southern rock and at the same time images of Greece’s countryside blues. Let’s not forget that the blues was born in the fields. A valley with golden wheat and windswept hills from a strong wind that takes your breath away. Forgotten and aged rusty tractors on the edge of the valley and guys who sitting under trees on hot stones, wiping their sweat. The music brought to my mind images, always based on blues, but as I listen to all this I discover musical influences from Captain Beefheart and psychedelia as well as touches of progressive rock. This record leaves a taste in your mouth like when you are thirsty and desperately looking for water. The needle reaches the end of the groove like a plow blade that has finished its work. But I’m sure these guys still have a lot to offer in the vast fields of music. Have a nice trip!!!!!!!!! PS: And don’t forget we all have inside the instincts of the wolf. Stavros “Manitou” Eleftheriou

Listen to the Album through Bag Of Nails Bandcamp

Get the Album through Nasoni Records