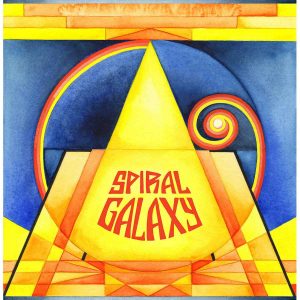 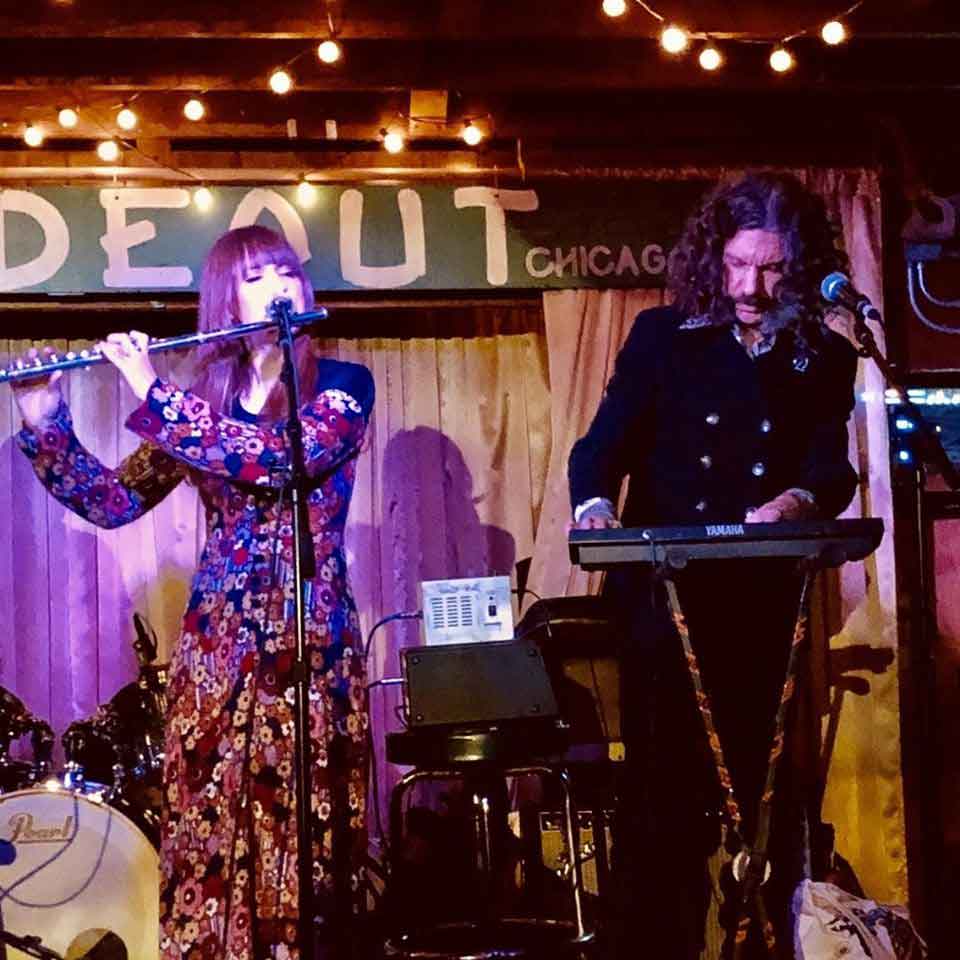 Now, here’s a record that will blow your mind! An album that has the energy to beam you up in another Galaxy! Spiral Galaxy is a Cosmic Duo based in Chicago, Illinois and this is their debut self-titled LP. The people that gathered over here to help the duo with the recordings is nothing more than absolutely IMPRESSIVE! The press release is very informative of what to expect here: “Traveling the spaceways as Spiral Galaxy, flautist/painter Sara Gossett and treated guitar/machines manipulator Plastic Crimewave (of Plastic Crimewave Syndicate/Galactic Zoo Dossier magazine) have created devotional sonic voyages and droney soundscapes with the occasional rhythmic pulse to conjure the textural and kosmische vibe of 70s German seekers like Yatha Sidhra, Emtidi, Popul Vuh, Achim Reichel, Sand, and early Kraftwerk. The duo have just completed their first album, expansive tracks they had been performing live on tours in the UK and Italy, plus USA events like Chicago Psych Fest, Milwaukee Psych Fest, Far Out Nashville festival, and The Feed Me Weird Things series in Iowa City…
Treating the studio as an instrument, new layers, instruments and collaborators were added to the heady mix, like special guests Jean-Hervé Péron of legendary avant-German collective Faust (who Spiral Galaxy was lucky enough to open for, and collaborate with on stage); Kawabata Makoto of Japanese communal psychlords Acid Mothers Temple on chants and spoken voice; and Alisha Sufit of UK 70s eastern-folk band Magic Carpet (also chanting her heart out). Also appearing on the album are guitar wunderkind Ryley Walker (playing backwards guitar on this, not easy!), Taralie of Spires that in the Sunset Rise on Terry Riley-ish circular sax, sitar-player Hands of Hydra, Moog-maestro Will MacLean of Protovulcan, and Christian Luke Brady of meditative Virginia cosmonauts Fargon. What results is a dense, hallucinogenic, sonic tapestry of an LP that covers many moods—from divine soundscapes to Krautrock’s motorik beats, doomy experimental pieces to dark acid folk, and beyond”.

“Spiral Galaxy” consists of 4 tracks, 2 each on the two sides of the album and it kicks off with the strange “Celestial Omen”, a tune that acts as a traveler’s welcoming. Echoed, creepy, and effected spoken-intro (into different languages) while the music slowly unfolds a peaceful mix of electronic machinery with acoustic instruments, making the whole soundscape extremely serene and ambient-like, flirting with freak-folk, a very “earthly” approach to this kind of Expanded Kosmische Muzik! Now, there’s a complete change of the scenery on “Tragique Mechanique”, a hallucinogenic motorik-beat blended with some Eastern-influenced kind of melody, with French spoken vocals, while a plethora of electronically enhanced sounds adds a mysterious Ah Ra Tempel atmosphere, very cinematic with a futuristic dark edge! Side “B” opens with “Machine D”, under a super cool and trippy environment, the band presents a weird kind of improvised and experimental music, mixing a wonderful flute sound with influences coming from Sand, A.R.Machines, and Emtidi. There’s something mystical in the air, brings to mind some cool moments of Organisation’s “Tone Float” album, the whole track acts like a “tribute” (sorry for using that word) to the early 70s experimental underground Krautrock scene! The band uses the same creepy atmosphere of the beginning, for the closing track “Pendlewitches”, this is a kind of a mindless psychedelic litany, a lysergic one that plays tricks with your mind, or anything that’s left of it! “Spiral Galaxy” is a Reference record for the Future generations of the glorious Past! Recommended! TimeLord Michalis

Get the album through Cardinal Fuzz