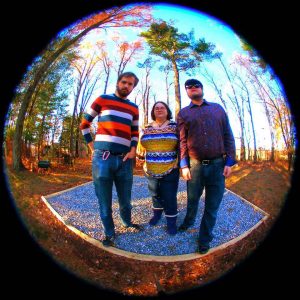 Miniature psychedelic landscapes and stories that take you to the faraway depths of your mind!

A Non-Forbidden Fruit you need to check! 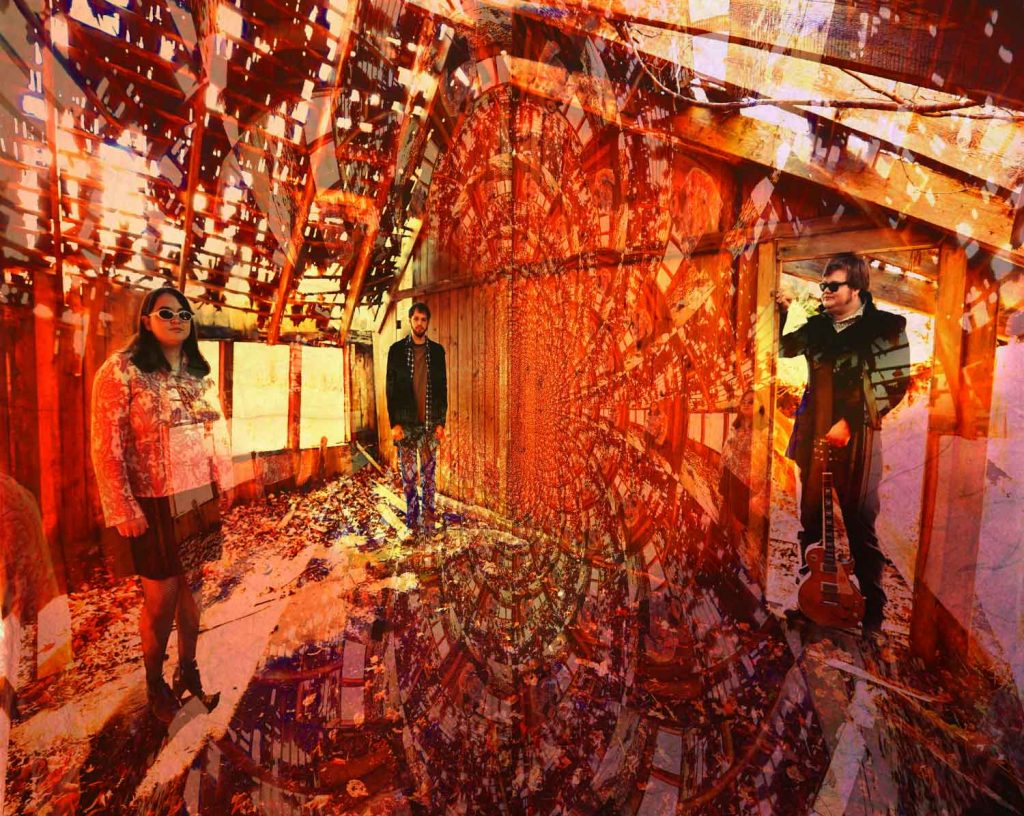 TimeLord Michalis: Please introduce us to the band and tell us when, where, and how it all started with The Striped Bananas.

Duncan Shepard: First – thank you for taking the time to interview me, Michalis! The genesis of the group has its roots in an acoustic duo act that Andrew Lowden and I had a little over a decade ago. Andrew took vocals on the majority of the material and I played 12 string acoustic guitar. I was also playing in a garage rock band that folded. Some of the material I wrote for that group made its way onto our first album.

Tel was the one who encouraged me to pursue my love of psychedelic music. After writing a dozen songs over a couple of months in 2011, Andrew joined us in a recording session. The three of us have been making albums ever since!

Our sound has evolved over time and we’ve introduced new instruments along the way. When we first started out, the sound was geared more towards garage rock that could easily be played live. Tel tackled bass, I focused on guitar and Andrew was the solid drummer that enabled us to explore different harmonization and experimentation.

After those early days, I dove really deep into world music and different ways I could add new sonic elements to our soundscape. On the “Lady Sunshine” album, I introduced sitar, tabla drums & theremin to our sound. Tel stopped playing bass and focused on piano and keyboard work.

Our latest album saw me playing guitars, bass, sitar, dulcimer, alto recorder, mellotron, piano, percussion, mandolin, and other instruments. Tel has continued to focus on the Hammond organ and piano.

Duncan: Late one night, Tel and I were drawing sketches of psychedelic images. She drew a banana with stripes on it. I stated it would be cool to be in a band called The Striped Bananas. It was a unique enough name that it was wholly ours!

TLM: Tell me your influences, personally and as a band!

Duncan: I’m just going to focus on psych influences for me in this discussion – I think my earliest psychedelic influences were The Beatles, Smile era Beach Boys, 13th Floor Elevators, The Byrds (and Gene Clark), Cream, The Doors, and Moby Grape.

From that launching point, I really dug deep to explore the psychedelic sounds of the 60s. Man, there is really so much material out there that I believe I only scratched the surface! Some psych acts that come to mind that I listen to are Ant Trip Ceremony, Tomorrow, Can Am Des Puig, The Patron Saints (Eric Bergman), Lazy Smoke, Pearls Before Swine, Mystic Siva, Fear Itself, H.P. Lovecraft, S.R.C, Syd Barrett and so many others!

Andrew has an eclectic taste like me – but he also listens to a lot of Power Pop – bands like Sloan, Ted Leo as well as artists like Nick Lowe, Sufjan Stevens, Elliott Smith & The Stooges.

TLM: What about lyrically? From where do you draw inspiration?

Duncan: As I’ve honed my songwriting craft, I look to create characters or find stories that are interesting to me. An early example of creating a character would be Lady Sunshine. That album turned out to be a bit of a concept album around that character.

On our newest album, the song “Crimson Cliffs” is about Sir John Franklin’s lost Arctic expedition aboard the HMS Terror and HMS Erebus. I imagined myself walking on the ice and the spooky ghost-like otherworldly qualities an area like that has.

Other than creating stories and characters, I look to evoke certain emotions in songs. The closer on Stone of Madness “The Trip” spoke to some of the feelings in late 2016. I have to say that Andrew did an absolutely beautiful and soulful job singing that song. One of his finest vocal performances.

Duncan: Miniature psychedelic landscapes and stories that take you to the faraway depths of your mind. In more practical terms – catchy songs with interesting production and vocal harmonies. 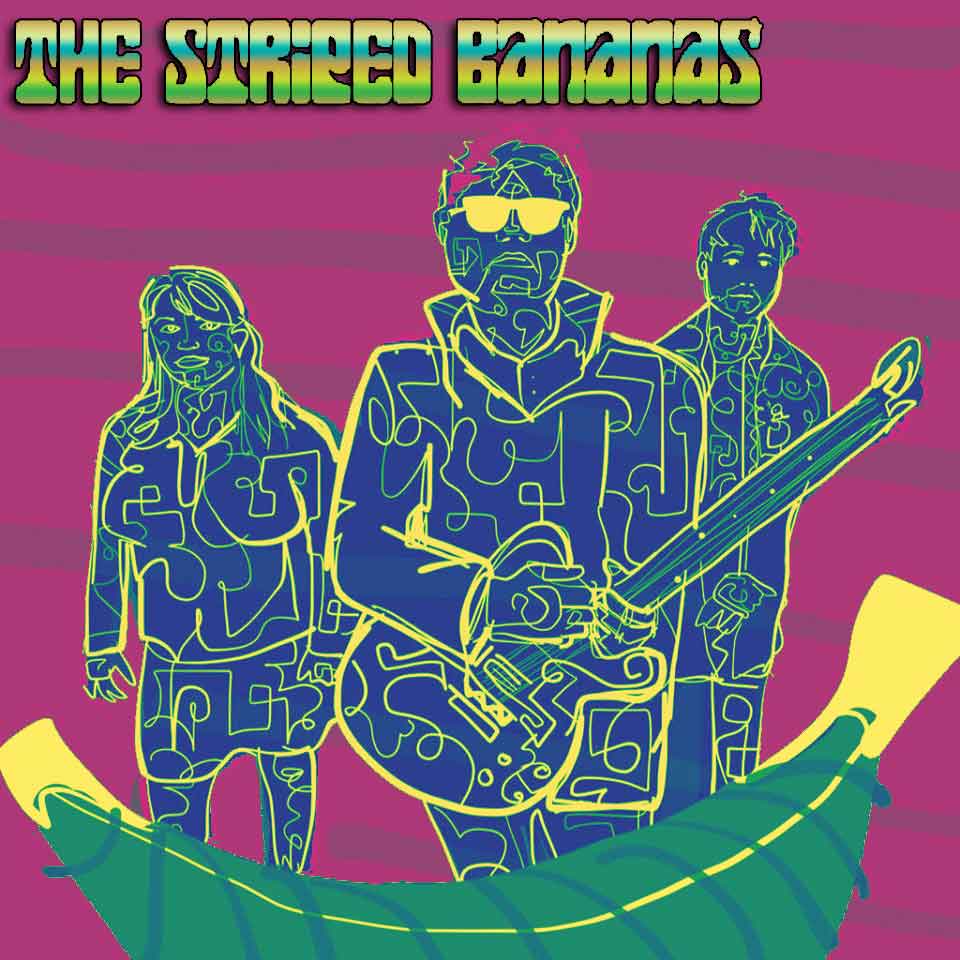 TLM: So far you have released 4 Seven-inch Vinyl Singles and 6 albums. Can you make a comment on each one of the albums?

This was the start of our long journey. If you dig garage rock with flashes of psychedelia, then check this album out. Personal favorites are “Mind Desert”, “Lady Lazarus”, and “Take My Hand”. There was a 7″ EP that was released along with this.

This was the album where we sonically started to experiment and layer harmonies. I am proud of this album and every few years when I revisit it, I am shocked that it still stands up as fresh. Personal favorite tracks off this are: “Dark Peace”, “Black Velvet” and Tel’s song “Saint Senara”.

A bit more of a poppy trip; I tried to write an album in the old-fashioned sense. I thought of the album as a collection of 45s. Personal favorites off this album: “Girl You Got Me Feeling Alright”, our bizarre psyched cover of “Runaway” & “Captain Merwin”.

We dove back deeper into psychedelia for this album. Some of the material is less conventional and I think we did a great job of navigating the soundscape. Personal favorites: Nancy & Lee-esque  “Stone of Madness”, “Sister Brittany” and “Drift On”.

Lovely little psych compilation that we put together for Fruits De Mer Dream of Dr. Sardonicus Festival in 2017. This has a great selection of tracks from all of our albums up through Stone of Madness.

I’m very proud of how our latest album turned out. It has a great balance of pop sensibilities and psychedelia. Personal favorite tracks: “Crimson Cliffs”, “Skip’s Axe” (my tribute to Skip Spence of Moby Grape) & “Pictures I Hear”. 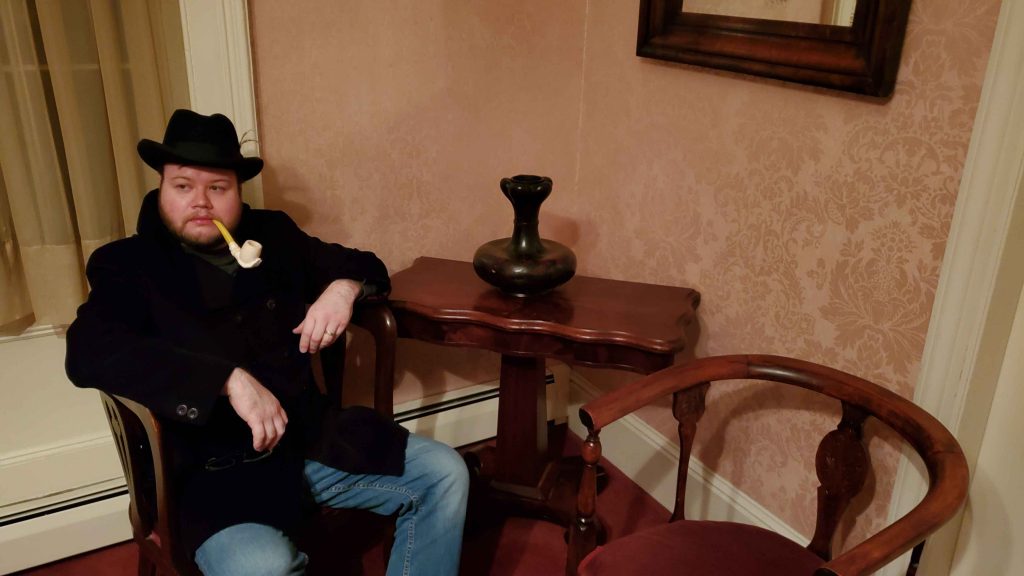 TLM: Are there any other bands from your wider area that are continuing the PSYCH “legacy” that many East Coast bands from the 60s, left?

Duncan: Man this is difficult!

Top-5 British bands from the 60s: The Beatles, The Kinks, The Zombies, The Rolling Stones & Cream

Duncan: Wishing everyone well. We all need to work together as a global community to overcome this. It is sad to see live venues close and musicians will need to support each other to get through these times.

Duncan: Thank you to everyone who has supported us over the past 8 years. We truly appreciate it! 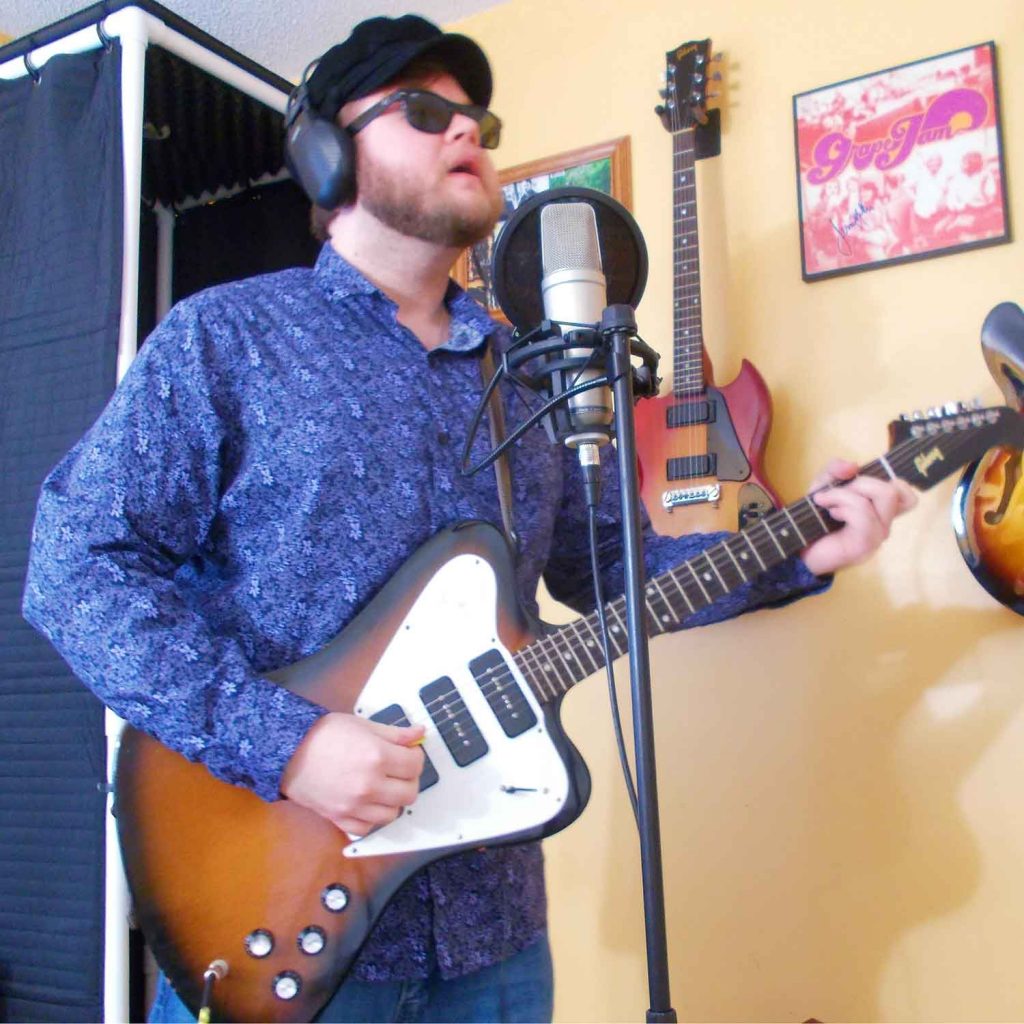 Listen & Buy their albums through THE STRIPED BANANAS Web 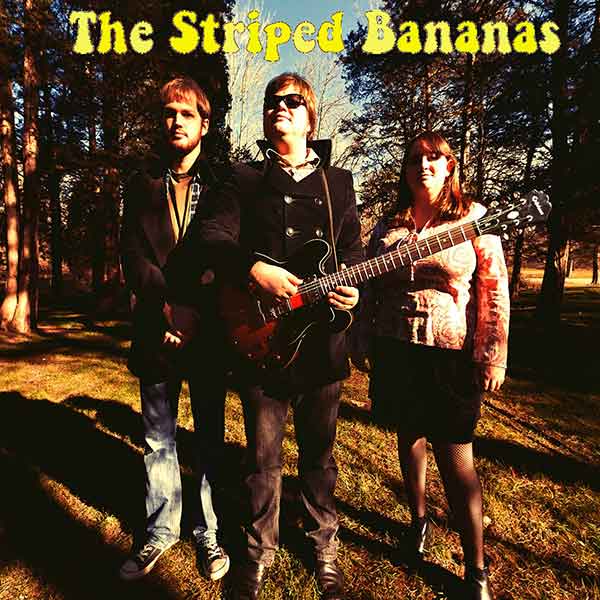 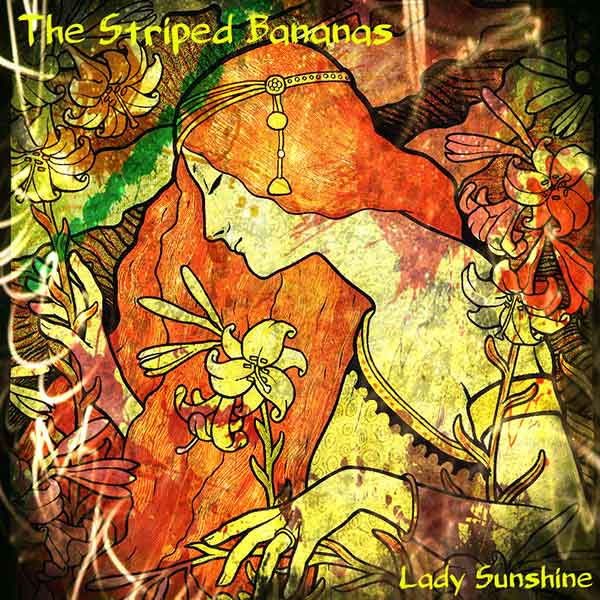 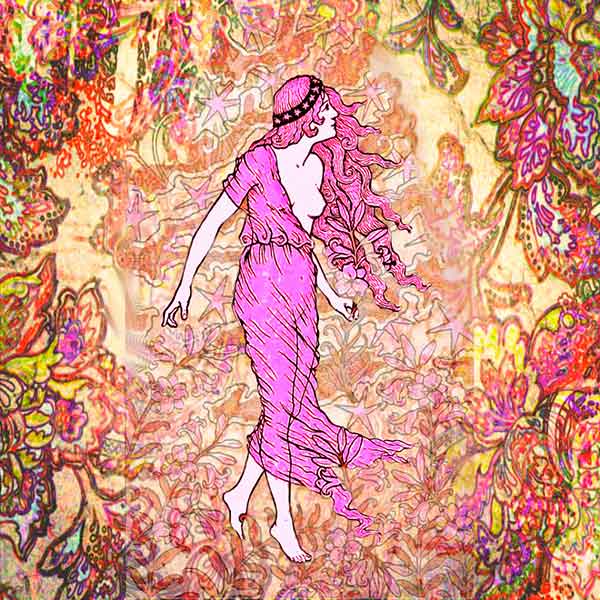 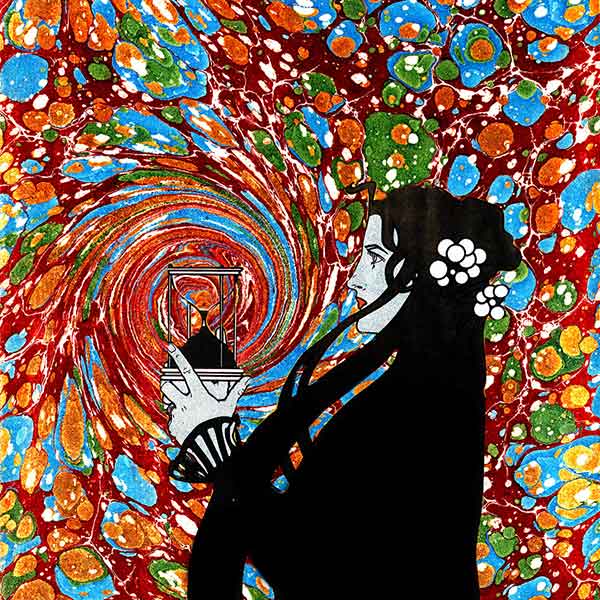 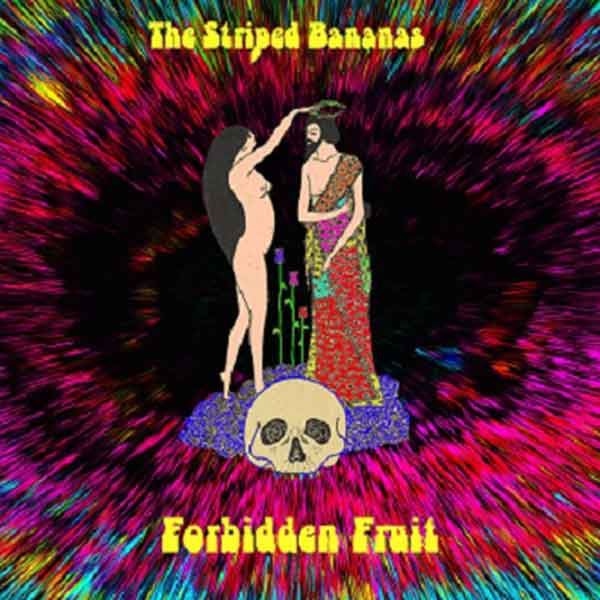 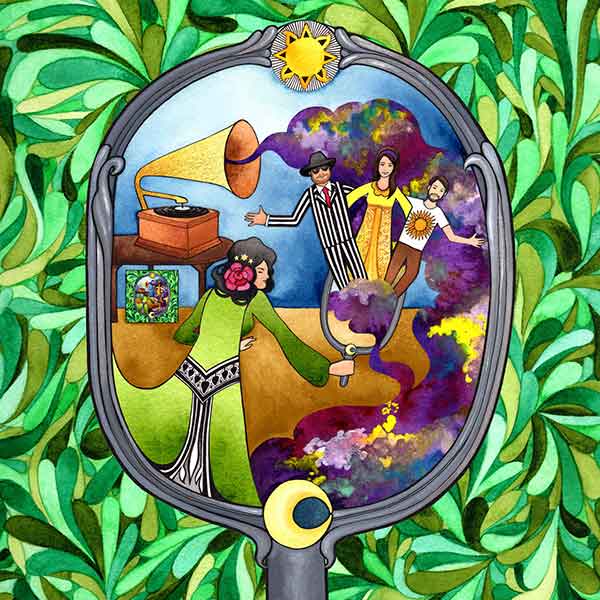 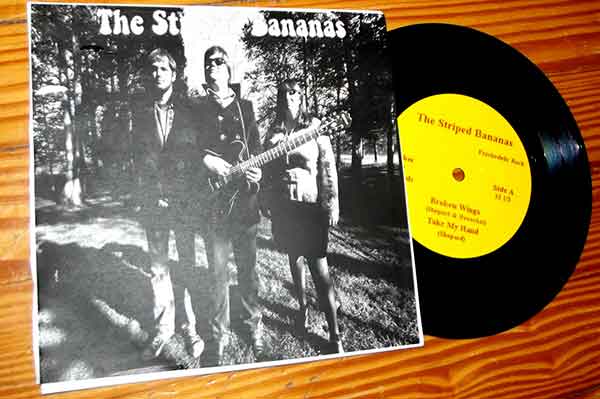 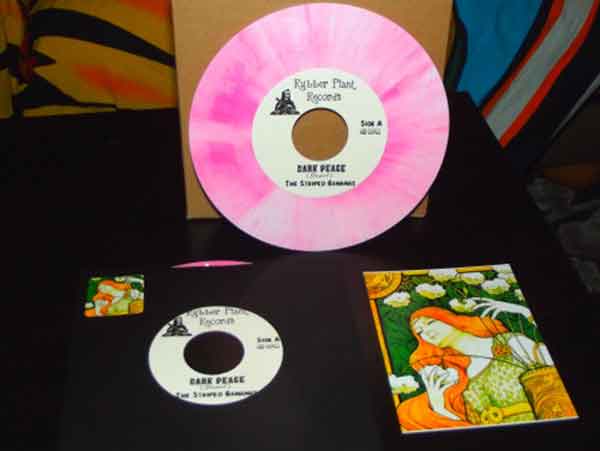 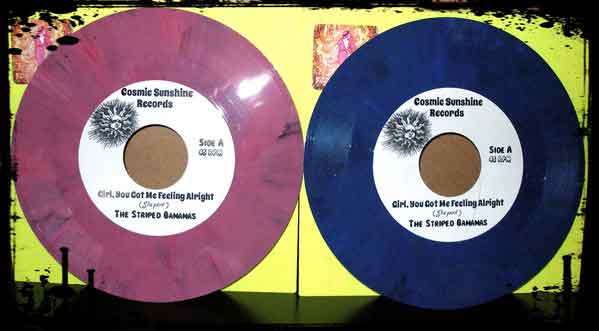 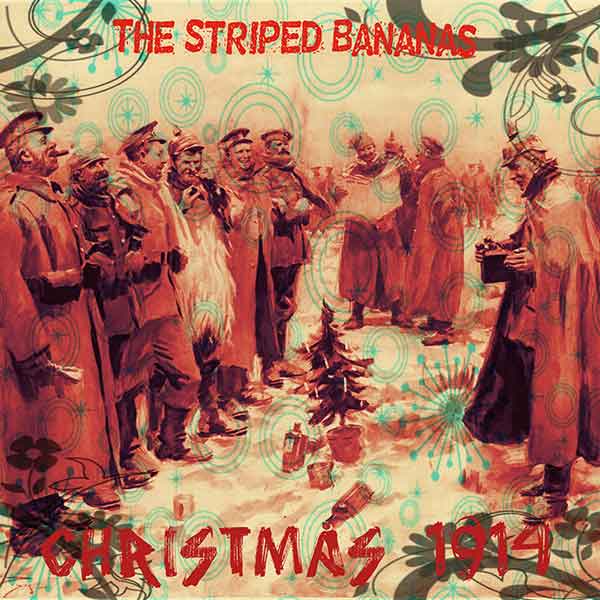