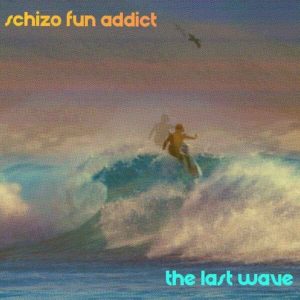 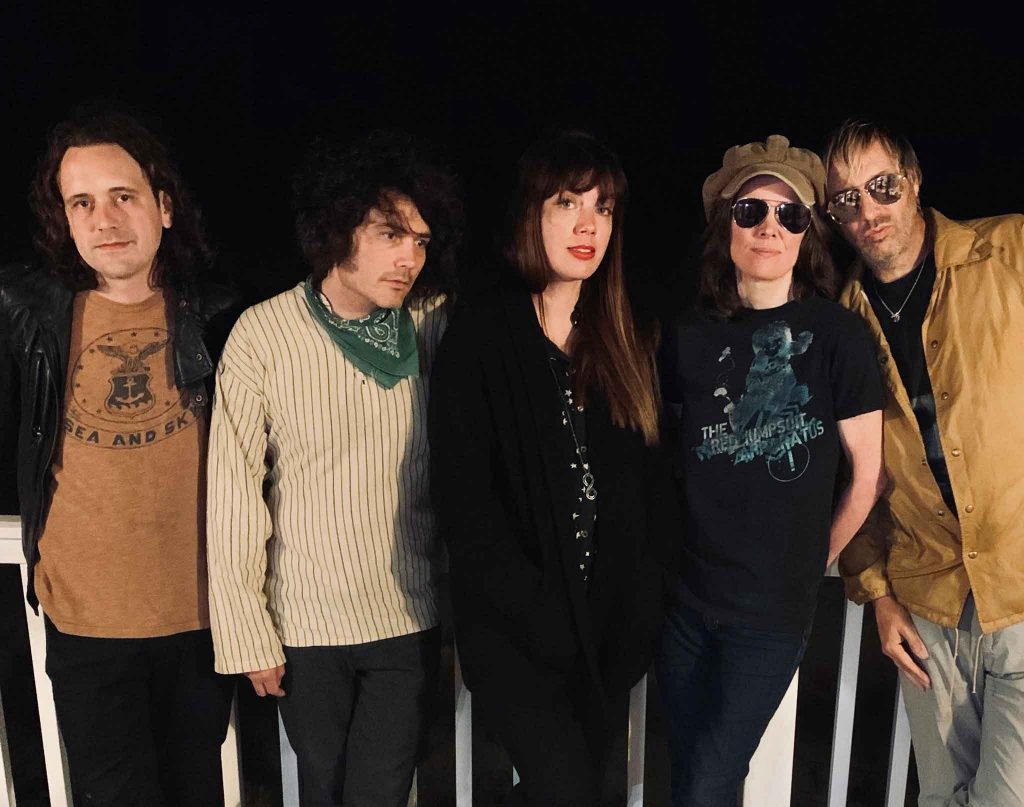 The Schizos! Our beloved Schizos! They’re back with a Fantastic Superb Extra Groovylicious new album! Schizo Fun Addict were formed in Manchester by Jet Winter and Jayne Gabriel on January 1st, 2000. In 2008, they became the first band to appear on the Fruits de Mer label – in fact, FdM would never have happened without them! “El Shoegaze Bossa Nova” (Read Review) was their 7th album released via Sugarbush Records on 31 August 2018, and now “The Last Wave” is their 8th one, released in a very limited run! “The Last Wave” is a collaborative release on two legendary British labels; Flicknife Records is handling the digital & CD release, while Fruits de Mer is putting out Ltd Edition vinyl. Schizo Fun Addict are: Jayne Gabriel (vocals/guitar), Jet Wintzer (vocals/SH101 synth), Rex John Shelverton (guitars/vocals/production), Ilona V (vocals/bass/guitar/keys) and Daniel Boivin (drums/percussion).

“The Last Wave has a loose concept that ties it all together: new star crossed lovers run to a beach with no people in a dystopian future where dark forces hunt down love-struck dissidents. A sort of post-apocalyptic love story. They can surrender, be separated and live, or run to the ocean for a few days of true love. Of course, they surf the last wave…”

“The Last Wave” consists of 10 beautifully orchestrated songs, filled with a fresh and cool kind of melancholy, emerging a reminiscence feel of the summer that is ending. Slow musical patterns, beauteous male/female vocals, and lots of dreamy-like melodic moments. The whole album unfolds under a peaceful environment, imagine you are somewhere in the beach late at night staring at the sea, waiting for the last wave… I have to admit that this is a musical scenery that the Schizos haven’t used us. And this is not bad. Not bad at all! While listening, I sometimes reminded of all these poppy girls groups of the 60s, like the Shangri-Las for instance. Other times I think of a non-surf Beach Boys song or of a late 60s psych blues n’ country Dead tune… The sure thing is that the album is brilliantly 60s inspired! But! The last 2 songs of the album act like a couple of flies in the glass of milk!!! “Shadow Mantra” is a deeply effected mind-bending psychedelicious track while “Salvation Rides” is a psychotic dreamy mix of perfection! “The Last Wave” is an imaginative and tropicaliadelic album! Sublime! TimeLord Michalis