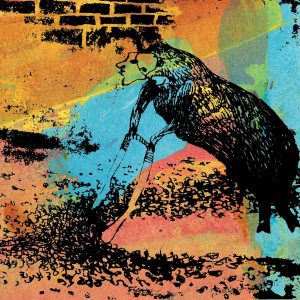 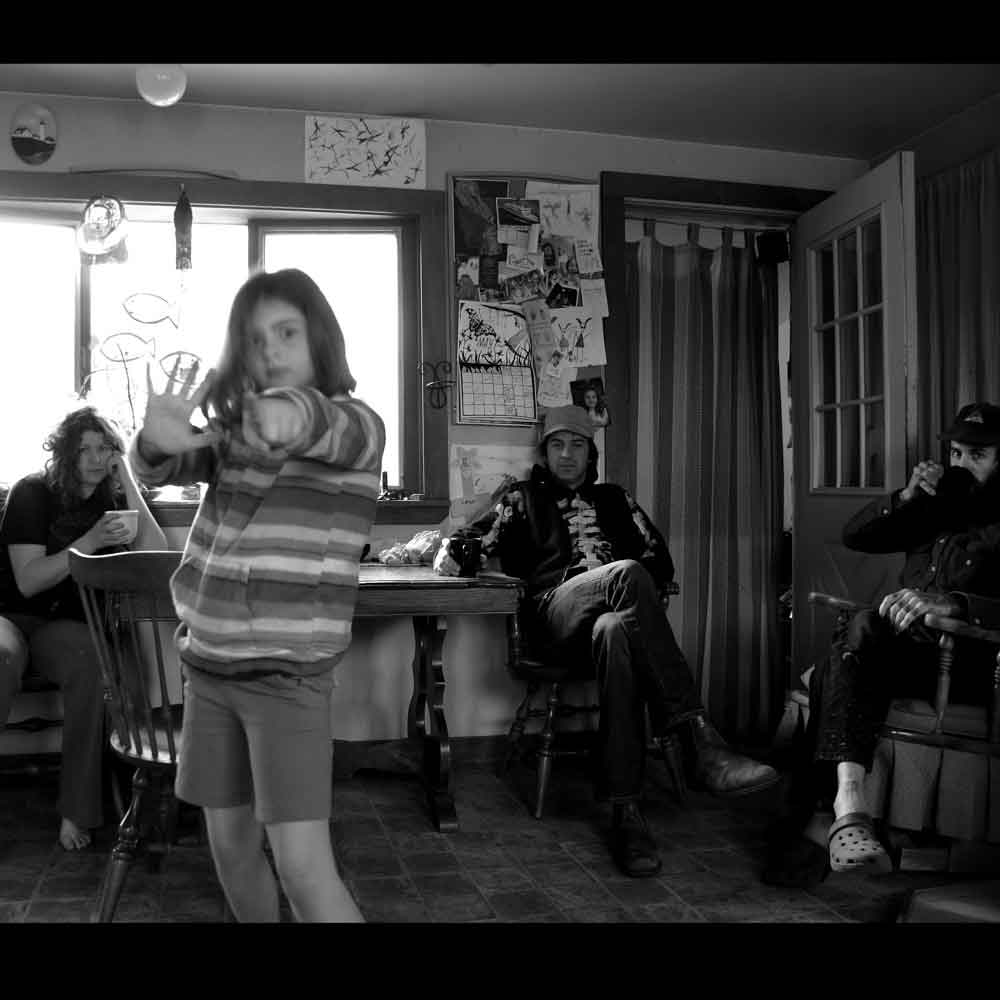 Big Blood, a husband/wife duo hailing from South Portland, Maine, has been releasing albums since 2006! “Dark Country Music” was originally a 2010 cassette/CDr release and finally it seems that has found its way to the vinyl thanks to Cardinal Fuzz and Feeding Tube Records. The press release reads:

“Cardinal Fuzz and Feeding Tube Records are delighted to be able to bring to you the much-anticipated vinyl pressing of ‘Dark Country Magic’ from this wonderful Maine trio (Quinnisa making her first intentional effort with Moo Hoo on this release).

Caleb Mukerin and Colleen Kinsella have been key personages of the Portland sonic underground as members of the cosmically-shifting Cerberus Shoals and the folkily psychedelic Fire on Fire before forming the more personal and hermetic Big Blood back in 2006. The band’s multi-phasic discography has thus far reminded people of everything from the Comus to Portishead to Julee Cruise at different moments, yet none of these thumbnails comes close to capturing the intimacy and directness of their recordings where they take things to a higher plane of personal expression.

In ‘Dark Country Magic’ haunting effects and experimental sounds combine with wailing fuzzed-up garage folk anthems and twisted poetic freak-folk as lyrical layers peel away endlessly, tiny amps weep in pain, crude percussion booms thunderous, and ragged, beautiful hooks unfurl straight out of the void. On ‘Coming Home Pt.3’ Kinsella’s quivering bewitching vocals ask you to succumb to the hauntingly melancholic drift while acoustics strum quietly upfront before Dark Country Magic’s playful closer ‘Moo-Hoo.’ where Quinnisa performs a children’s story. The combination is head-spinning and gloriously original, but will be immediately identifiable as Big Blood by anyone who knows the band’s music”.

The album consists of 12 tracks and the title of the LP pretty much says it all about what is happening inside “Dark Country Magic”… It starts with the short “Oh My Child” (1:47min), an intro with an effected female voice that kind of introduces to the dark magical world of Big Blood. Under a bloody cursed cold alt-country-ish musical background, “Creepin’ Crazy Time” starts the band’s engines, the scenery becomes more creepy and dark presenting a psych-folkie kind of haunted country music with exceptional trip-hop-y vocals! “Ringer In The Fold” flirts shamelessly simultaneously with psych and country, under a folkie environment while the atmosphere is sprayed with colorful layers of melancholy, created by some daemonic chords played in the normal way but backward too! In order to catch the atmos on “She Wander(er)” you should try to imagine a darker folkier beautiful version of Siouxsie Sioux backed by The Bad Seeds (Abattoir Blues era). Splendid! “Reverse Hymnal” is a psychotic experiment-ized folkie gospel tune while “This Is Record, OK?” is a 19-sec recording of someone who simply checks the tape recorder… The effected eerie interlude of “Airaid Air Raid” follows… Back to normal (!?!?) with “… Is All We Have”, a chorus-like indie-alt-folkie tune with a rather intense musical background that mixes with “Waiting Is…”, an experimental and cosmically drenched tune with a tremendous psychotic folkie-freaky aura!. “Song For Ro He Ge” unfolds a complicated freak-folk background, a weird sing-a-long psych kind of ballad. The nostalgic “Coming Home Pt.III” follows, psych-folk, acoustic, and full of melancholia. Eventually, the album closes with “Moo Hoo”, Quinnisa performs a children’s story and if you close your eyes for just a moment I’m pretty sure you will think of Norman Bates’ mama reading to her son in the living room… So, if you missed this gem back in 2010, now is the time! One of the Best Re-Releases of 2020! TimeLord Michalis

Listen / Get it through Cardinal Fuzz Bandcamp