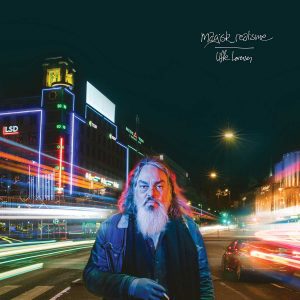 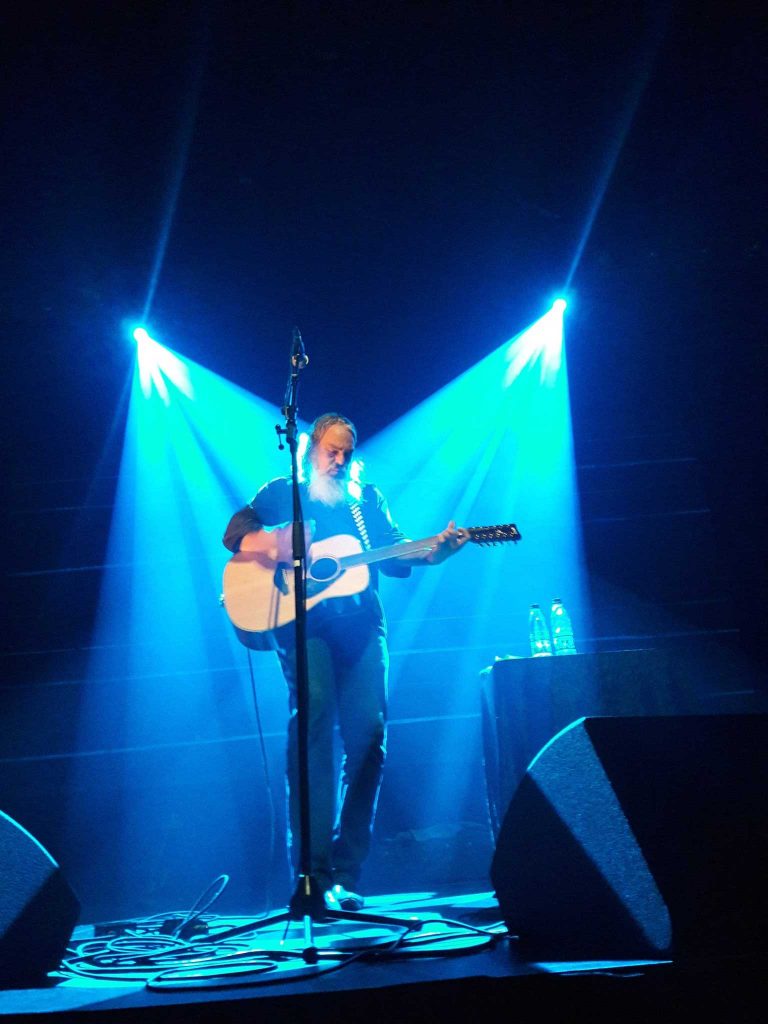 Uffe Lorenzen (Baby Woodrose, Spids Nøgenhat) is back with his 3rd solo effort, entitled “Magisk Realisme” (Magical Realism) and is released through Uffe’s long home-based label, Bad Afro Records! Uffe continues (with this release too) to express himself singing in his native language, Danish.

The press release that Lars (boss of Bad Afro Records) sent me, reads: “Uffe Lorenzen (alias Lorenzo Woodrose) is the frontman of Baby Woodrose and Spids Nøgenhat but for the past couple of years he has been recording and performing under his own name and been singing in Danish. His new album is called Magisk Realisme and is released on September 11th on Bad Afro Records.

Magisk Realisme is his third solo album in four years (Galmandsværk 2017 / Triprapport 2019) but in contrast to the first two albums which was mostly acoustic and had a 12-string guitar as the main instrument, the new album is a ROCK album. Uffe Lorenzen has been missing that side of his songwriting and several of the new songs sound a bit like Baby Woodrose in Danish while others have the laidback psychedelic feeling of the Danish Grammy-winning band Spids Nøgenhat. Lorenzen plays all instruments himself beside an occasional pedal steel guitar.

The 10 songs on Magisk Realisme were written in a period of time when Uffe Lorenzen did not have a steady place to live. With help from friends, he was staying in 9 different apartments in a short time during the summer of 2019. This rootless way of living reflects in the songs that are written in various parts of Copenhagen. The album also deals with loneliness and the feeling of being a bit lost even though you are living in a big city with lots of people surrounding you.

Magisk Realisme is produced by Uffe Lorenzen and Anders Onsberg in the great STC studios in Copenhagen in spring 2020. It is mastered by Flemming Rasmussen at Sweet Silence. Vinyl comes in a neat gatefold cover and the first print on black vinyl is limited to 1000 copies.”

“Magisk Realism” consists of 10 “Rock” songs and the music over here is sort of a mix of what Uffe has done for the past 25 years. The album starts with “Lad Det Gå”, an up-tempo rocker, a “happy” tune with a pinch of 90s Alt-Rock and a super cool solo guitar sound! “I Mit Blod” has a more “neo-garagey” attitude while “Efterår” is a kind of mid-tempo acoustic rock tune with a laid-back atmosphere and a cool trumpet sound towards its end. “Caminoen” is another cool tune with a fresh JJ Cale musical breath while the self-titled “Magisk Realisme” that closes the first side of the album, is a balladesque song, quite sentimental. Side Two starts with the fuzzy “Livet Skriger”, a great rocker with a groovy melody and an acid-like feel. “Tornerose” is one of the coolest electric ballads of the 2020 Quarantine Days, drenched in reminiscence and melancholy. “Nede Ad Vejen” and “Stjernestøv” are super-cool pop-rockers while eventually, the album closes with the amazing remarkable “Dommedags Eftermiddag”, a Psych, slow tune with a wonderful background and an intense trippy Spids Nøgenhat atmosphere! Oh, how I missed those Spids Nøgenhat days… So, either you have or you have not Lorenzo’s 2 previous LP albums, you “ought” to yourself to grab this one (too)! TimeLord Michalis