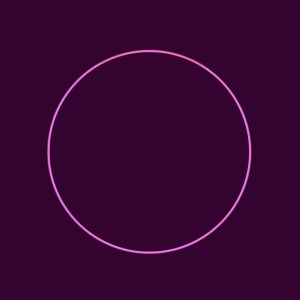 Shem is an improvisational instrumental band from Stuttgart, Germany. Shem is a band who likes to jam. Shem is a band who produces “Sound” no “Songs”, influenced and inspired by all that great Space Rock and Krautrock bands of the last 45 years, Shem are presenting their new CD album “No Sings, Just Sound” released in co-operation with Clostridium Records and Underground Äxpärten.

The press release reads: “Shem is a collective of musicians aiming to create improvisational sound pieces influenced by a wide range of eras and strains of Psychedelic music: From early Krautrock bands such as Amon Düül, Can and Popol Vuh, to the oscillation driven space rock of Hawkwind and the meandering soundscapes created by contemporary bands such as Electric Orange, Oresund Space Collective and Kungens Män. Through combining elements of Ambient, Drone, Psych, and Space Rock into epic, reverb-drenched jams, Shem take the listener onto a cosmic journey into their own realm of musical experimentation.”

The album consists of 6 tracks clock-ticking from 8 to 19 minutes and it kicks off with “Finistere”, after a 3min “musicless” weird intro, the tune starts to develop, slowly, beat after beat, chord after chord, under a torturous slow hazy n’ lazy drumming unfolds an improvised jam-a-like dreamy space-rock pattern, passing all visible “Spheres” of Earth trying to reach the Outer Space… “Konvoi” comes next, but now with a heavier guitar sound, preserving though the Space-Rock pattern. On “Saure” the Space scenery becomes even more heavy and quite experimental with a more intoxicated complex spacey sounding. “Eins” starts with a spacey-effected intro while the band slowly and progressively unfolds colorful space-layers, millions of swirling space-bubbles, under numerous and multiple improvisational Spacey “scales” the tune tries to reach its “climax” but instead of the “peak” it falls into the unknown black abyss, getting deeper and deeper, unexpectedly it reaches a light (!!!)… an adventurous tune indeed! “Funf” dives deep into an improvised experimental “Space Well” but slowly it transforms into a Groovy Space Rocker! The last track “Encore” is a mid-70s Space Rock oriented tune, hallucinogenically Trippy without losing the experimental impro edge though it becomes extra heavy towards its end… Well, I’m sure that all of you aficionados of free-form Impro Jam Space Rock out there, you’ll dig this album! Space is the Place! TimeLord Michalis