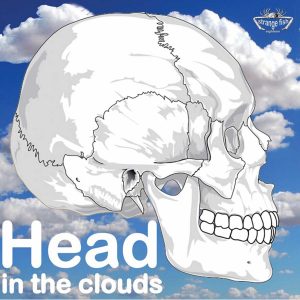 Wow! This is absolutely bloody stunning! A FANTASTIC COMPILATION of 2 LPs plus 2 CDs with 3 hours 54 minutes and 26 seconds of Electronic Music performed by “nowadays” bands and inspired by the Great German Electronic scene of the early 70s! Keith (Head of Fruits de Mer Records) did it again! Once more! A brilliant idea with a “guaranteed” Amazing result…

The press release reads: “Over 200 minutes of music inspired by Tangerine Dream, Ash Ra Tempel, Popol Vuh and the German electronic music scene of the early 70s. A kosmische kompilation!
One or two names that are familiar to fans of Fruits de Mer Records are joined by many artists that are completely new to the label, to recall one of the most innovative periods in the music of the last 50 years, when Germany began to create its own sounds and artists explored new musical territories that took them in a very different direction to their contemporaries to the West; the music was remarkable – it still is – and those influences continue to be heard in so much music that is being created today.
kosmische sounds, space rock without the rock, horizontal listening – however you want to describe it, this about as far from a mosh-pit as you can get.
This is a combined double LP + double CD set – no music is repeated between the two formats; many of the tracks have been recorded exclusively for ‘Head in the Clouds’, many more are getting their first physical release; the set is only available as a combined package (making it a 5 LP box-set would have been ideal but in these difficult, cash-strapped times, we decided to show a little restraint…for once)”…

“Head In The Clouds” is the ultimate compilation for this kind of music! It will, for sure, inspire many other Bands/Artists/People to go back and discover/rediscover that magical era of the past! So, that huge Triangle of Tangerine Dream / Popol Vuh / Ash Ra Tempel has now become an enormous Polygon with infinite expanding angles… But, In The Center Of The Cosmos Is An Eye That Sees Everything… Swirling and Mind-boggling! TimeLord Michalis

Here’s Andy Gee’s bit of perspective in an edited version of his sleeve-notes:

This Era of New Electronic Music kind of began as a three-pronged attack from Tangerine Dream, Popol Vuh, and Ash Ra Tempel; of the three, Popol Vuh, led by Florian Fricke, were the first to embrace a musical journey that would be free of anything that had gone before; he created two albums, ‘Affenstunde’ and ‘In Den Garten Pharaos’ that featured lengthy soundscapes of music from Moog, organ, and on occasions, exotic percussion. Music soared, oozed, bubbled, flower, and filled every part of your head with a sonic spread; from melodic to purely textural, a new world of music was rising before your very Ohrs.

Tangerine Dream, initially, had a harder job to escape their Pink Floyd roots, but on ‘Alpha Centauri’, started to break free with a vengeance – a 13-minute track, initially akin to ‘A Saucerful Of Secrets’ that became altogether darker, more “out there” than Floyd could ever have envisaged, while the 22-minute title track really let them out to play in the big wide cosmos as electronics, organ, flute, and more created a musical universe that was decidedly mind-expanding… heard on headphones at the time, it would have probably been as effective than any drug you could have taken in the previous years of excess, shattering your preconceptions of music. Meanwhile, Ash Ra Tempel decided to straddle both worlds – the first three albums featured lengthy guitar-driven instrumental tracks that focused on melody, intensity, and crescendos… a new form of music had been created, the impact of which you simply can’t begin to imagine unless you were there at the time.

Fast forward five decades and the “Head In The Clouds” project – gathered before you, across two formats, are some of the finest synthesizer (and guitar) musicians around, all playing tribute, not so much to the actual bands, but to the spirit of the music from that wonderful era, each re-creating the sounds, innovation and, most importantly, the feel of the music, with all bar one track being original music”