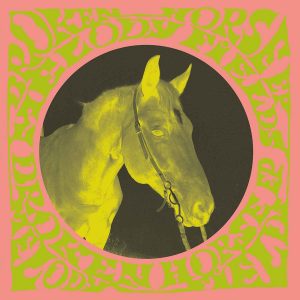 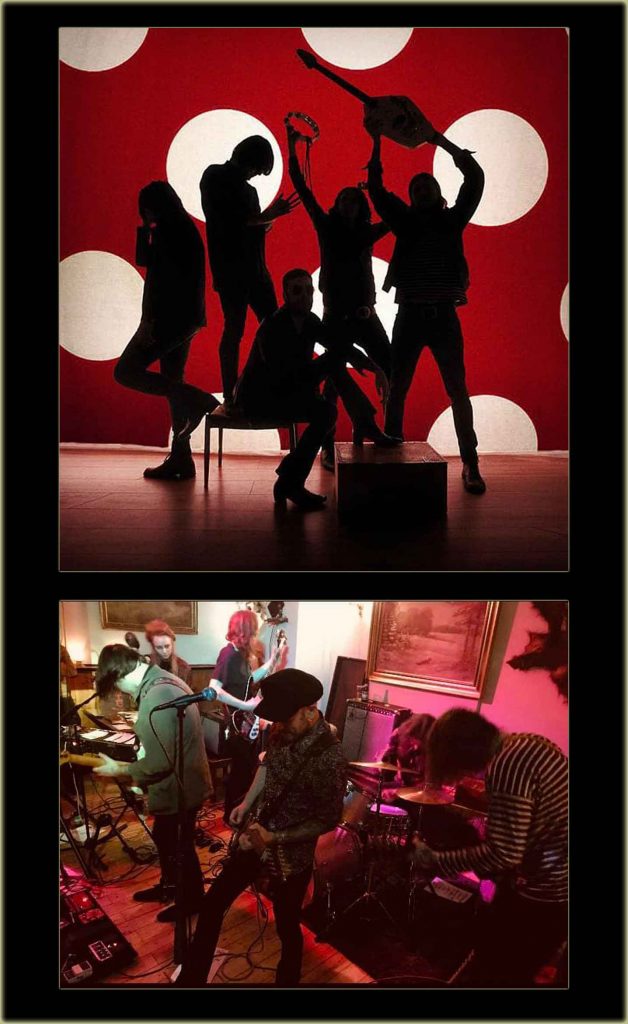 Melody Fields is a Swedish psychedelic rock band formed in Gothenburg in 2015, they released their self-titled debut album in February 2018 and now 2 years later they present a 4-track EP entitled “Broken Horse”. The band consists of Thomas Widholm – drums, David Henriksson – vocals, guitar, Ramo Spatalovic – vocals, guitar, Cornelia Adamsson – vocals, string machine, Henrik Bäckström – vocals, guitar, and Sebastian Jannesson – bass. The press release reads: “September 19th, 2020 Melody Fields release their new EP Broken Horse. The EP is recorded in Studio Parkeringshuset, where bands like Goat, Hills, and The Movements previously have been recording. Unlike many other contemporary psych and kraut bands, Melody Fields put the classic pop song formula in focus. Sunny Californian harmonies have been processed, modernized, ragafied, and droneified to an honest “here and now” experience. No retro, no seeking for effects. Melody Fields has a depth and a substance in their songwriting, that feels unique in an otherwise effect seeking scene. LA meets mystic Far East meets melancholy North. Here and now, yesterday and tomorrow, east and north and south, all melt together on the Broken Horse EP”…

“Langsam Dod” has a dreamy, ecstatic and almost trippy atmosphere, the sitar-sounding-guitars along with the warm and soft vocals are wonderfully blending together creating a colorful mind-blowing field of imaginary “opium daisies”, under a lazy beat the band flirts with shoegaze while at the back lots of jangly guitars are completing this kind of psychedelic puzzle… “Rhymes Of Goodbye” moves into the same musical pattern but now there’s a late 60s West Coast fresh air that blows upon the listener, the melody overflows while that sitar-sounding creates a groovy semi-psychedelic environment… The self-titled “Broken Horse” is a sunny lovely tune with a great catchy melody and an amazing guitar sound. It makes me wonder where was the last time I heard something so psychedelically beautiful and pop-sike-ally “sunny” from Sweden… (Probably from 2007’s “Night Generation” album by La Fleur Fatale)… The EP closes with “Painted Sky”, a tune drenched into bittersweet melancholy with incredibly cool harmony vocals, psychedelically poppy, sunny, and late 60s inspired. A dreamy neo-psychedelic Fantastic song! So, there are no psychedelic sax sounds here and there are no 10min psychedelic anthems but it seems that Melody Fields moves on. One step further to the… past! To that glorious era… So, I’m anxiously waiting for their next move… “Broken Horse” is full of colorful sunny melodic fields of flowers and you should really get a copy of it as soon as possible! Recommended! TimeLord Michalis

Get it directly through Sound Effect Records (Greece)