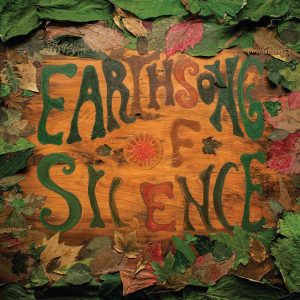 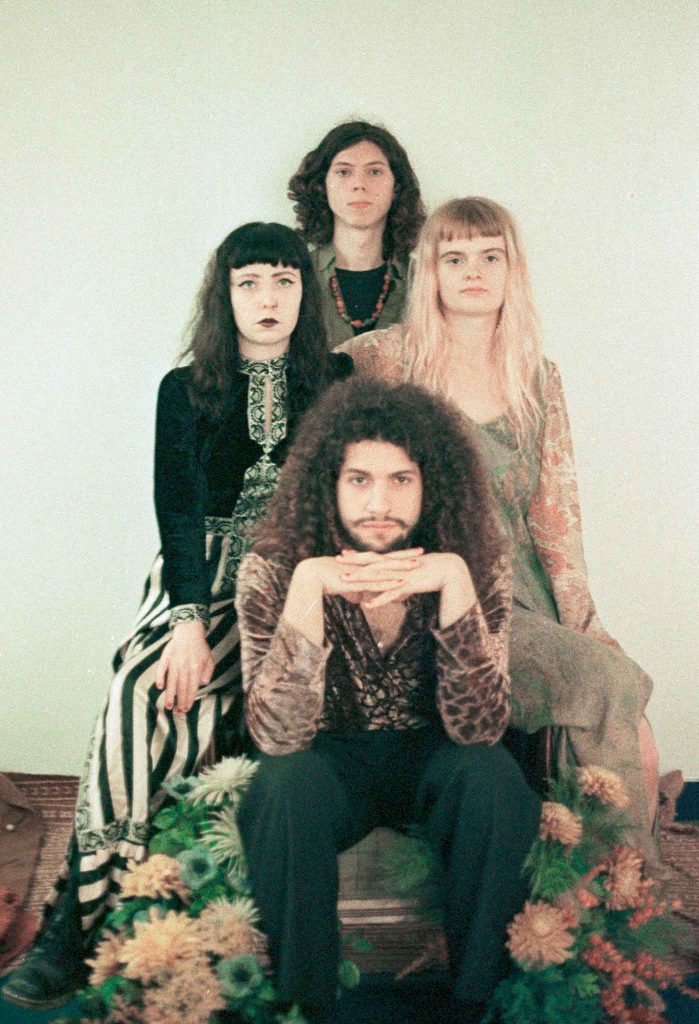 Wax Machine is a newly formed quartet (they’ve been around almost 3 years) hailing from Brighton (UK). They introduce themselves as a Psychedelic Folk-Rock / Avant-Garde Jazz group and “Earthsong Of Silence” is their first ‘vinyl LP’ effort. The album is produced by Go Kurosawa of Kikagaku Moyo and is released through Beyond Beyond Is Beyond Records. The info that given by the band through their Bandcamp is very enlightening: “Brighton’s Wax Machine are a band so steeped in the kernel of psychedelic seep that there’s every indication they may have slipped through a side door in space-time and sprouted anew a few years back on the UK coast. However, for all intents and purposes, it’s best to believe that they truly sprang from the fertile mind of Brazilian-born, Italian/English-raised Lau Ro (Guitar/Vocals). Lau’s international upbringing served as the wellspring for some of the eclectic taste that informs the core of Wax Machine’s sound. On Earthsong of Silence, that eclecticism incorporates Spiritual Jazz, Krautrock, Tropicália, and Library Music while filtering them all through a psychedelic lens. Per Lau, “The album is an exploration into paradoxes, meditation, and magic predicated on the underlying idea of becoming one with nature and in harmony with the environment.” It borrows from dreams and trances to give life to a psychedelic experience that feels hauntingly familiar, yet strikingly new. On his journey, Lau met up with fellow Brighton musicians and birthed Wax Machine with members from local bands Rokurokubi, Hill, Strange Cages, and singer-songwriter Woody Green. Ro’s fellow travelers include Isobel Jones, who adds soaring vocals and provides Wax Machine’s entrancing flute work alongside Toma Sapir who locks down a groove on the kit that keeps Earthsong of Silence from floating into the ether.
The band’s laid down a couple of great EPs over the last couple of years, awash in the same smoke curls that surrounded Ivory, Fifty Foot Hose, and The United States of America — a distinctly more nuanced niche than most of their peers are filling. They pick up right where their last EP’s title track, “Mind Palace,” left them — growing into the mossy eiderdown of the English countryside, delightfully dosed and drenched in the sun that filters through the trees. The flutes, wandering guitars, and jazz touches come rising through the mists once again, but this time they’ve given the album an aura of mystique not quite present in their early offerings. Along with a guiding hand from Kikagaku Moyo’s Go Kurosawa behind the boards, they add a new dimension to their sound, further exploring both their English psych-folk roots and mining a deeper appreciation for a West Coast sound dipped in sun, peace, and serenity. They add splashes of Serpent Power’s quieter moments to the languid grooves of “Sun Dance,” channel the mystic melancholy of Susan Christie on “Birdsong” and tap into the sunshower psych of Sapphire Thinkers and Sarofeen & Smoke on “Truth.” Their love of lush arrangements brings to mind The Millennium and The End in subconscious snatches. Wax Machine aren’t passing travelers on the path to psychedelic oblivion, they are full-fledged guides, so maybe take a few notes.
There’s a wealth of lost bands that outpaced their more high-profile brethren from the era of brotherly love, but fate and fortune lost them to time until a voracious reissue market snatched them back from the brink of obscurity. Wax Machine lives in the creases and cracks between these reinvigorated volumes, tripping easily among the children of the sun without ever feeling like tourists. They are kindred spirits, or perhaps the channeled chosen brought back to life for a new era. Their sound coalesces within Earthsong of Silence. They skirt the blade-like full force psych-folk warriors, but also skitter through more OUT territory — clattering odysseys that resolve to map nowhere and everywhere are nestled next to propulsive grooves that lap at head-nodding ecstasy. As they slide into the second half of the album they infuse the turbulent “Turiya” with the spirit of Hapshash & The Coloured Coat if they’d been produced by Joe Byrd. Wax Machine are on both sides of the mirror, and with Earthsong of Silence, they’re showing the rest of us the way through. The only question remains if you’ll follow them”…

“Earthsong Of Silence” contains 9 songs and it kicks off with a short (2:09min) dreamy and peaceful Cymbeline-ized intro entitled “Shhh…”, a tricky one that only arises your curiosity what follows next. “Shade” has an astonishing groovylicious mid-tempo playful and Trip-Hop-y musical environment, the flute adds an idea of ‘Canterbury Sound’ while the funky guitars refer to ‘Analog Africa’ artists and above all, there’s a Spiritualized Jazzy attitude! FANTASTIC! Under a lovely male/female switching vocal-style, “Truth” starts, and an exotic, mystical colorful soundscape is unfolding open wide, becoming heavier at times and super Funk-a-delic at others, a Mystique-a-delically Trippy tune! “Sun Dance” is a slower tune, full of mind-bending nostalgia, wild jungle sounds with a great sunny West Coast atmos, an instrumental tune of Sunshine and Psychedelic vibes coming straight out of that magical 60s era! The follow-up is called “Timemachine” and I’m pretty sure that the band had in mind that wonderful Psych-Vaudeville atmosphere that H.P Lovecraft created on their own “Timemachine”… Beautiful and weird, full of psych with an amazing Jazz-a-delic background while the a-la “Going Up The Country” flute sound, simply kicks arse! “Patterns” is built upon a lovely and warm trippy flute sound under a free-imro-like jazzy background that slowly transforms into a colorful Psychedelic Trip like the ones you see/experience in those groovy Psychploitation comp albums of the 60s, towards its end the song becomes funky and quite psych-heavy… “Bird Song” is an excellent up-lifting song that makes your mind travel into various locations and times. It combines playful Soul, heavy West Africa outbursts (think of Tinariwen), mellow Canterbury-style passages, and even some Prog-Folk! An avant-garde Excellency! The avant-garde attitude continues on the next one, “Turiya”, the band creates an unbelievable psychedelic mind-blowing musical background, one of the BEST new Psych-something tunes I’ve heard for a long time now, there are a plethora of ‘musical scenarios’ happening here, you only need less than a sec to close your eyes and beam yourself inside the UFO club… Mick Farren is waiting there… Chaotic, Ecstatic, and Psychedelic… Where’s that Acid coming from? … Eventually, the album closes with “Mysty Mountain”, a kind of acoustic, sing-along tune, a song that set things back in ‘order’ and ‘normal shape’ after the previous poisonous mind-blending journey… It’s time to get back to reality, back to normal, back to present… Oh, it was so nice and groovy being in the Past… I wanna get back… ONE OF THE BEST ALBUMS OF 2020! TimeLord Michalis

Get it through Shiny Beast Mailorder