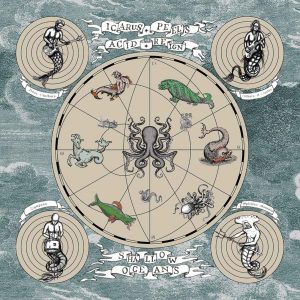 “Shallow Oceans” is the follow-up album to Icarus Peel’s Acid Reign’s debut album “The Window On The Side Of Your Head”, released in 2018 through Mega Dodo Records. Icarus Peel’s Acid Reign is a neo-psychedelic power trio consisted of guitarist/vocalist Icarus Peel who also writes and plays with The Crystal Jacqueline Band and with The Honey Pot. Andy Budge plays the bass guitar and he is also the bass player of The Cary Grace Band and The Honey Pot. Behind the drums is Jay Robertson (taking over the place from Brian Rushbrooke) who he has worked with Icarus in his solo works… The press release reads: “The first album release on the newly formed Billywitch Records is unleashed this November and is by your favorite power-trio Icarus Peel’s Acid Reign. A three-piece fronted by Icarus, the Acid Reign is much more than just a showpiece for Peel’s solos. They perform songs that are memorable and psychedelically deep, with heavy guitar dynamics thrown in for good measure. The interplay between the band is essential and extraordinary, each song is given space to develop new horizons and is never played the same way twice.
Shallow Oceans is their second album and like their debut, it takes its influences from The Jimi Hendrix Experience, Cream, The Groundhogs, and Taste. Like the classic power-trios that inform them, Acid Reign soar from light to heavy, from minimalism to baroque, and from dreamy reveries to gothic nightmares. If your taste is for extended guitar-driven acid rock you need look, nor listen, no further than Icarus Peel’s Acid Reign. Their new album Shallow Oceans skillfully recreates a time when the world’s most inventive guitarists where taking the instrument into uncharted territory but with great songs to tickle your earholes”…

“Shallow Oceans” is a 42 minutes album that consists of 8 songs. The ‘A’ side is entitled “The Side Of The Deeps” while ‘B’ side is called “The Side Of The Shallows”. The opener “Half Space” has a kind of its own history because it was the song that gave us a first chance to check Icarus’ new vehicle through a lathe-cut 5inches vinyl, a split single (between The Honey Pot and Icarus Peel’s Acid Reign) that Fruits de Mer Records produced and made all 60 copies available to the audience of FdM’s Glastonbury gig on May 12, 2018. The original lathe-cut version of “Half Space” was 2:18min but on this LP here this remarkable 2min sample of a modern acid-guitar sounding experiment with powerful beasty bongo drumming is extended and I dare to say is MIND-EXPANDED to 8:22min! An incredible neo-psychedelic complicated tune with a wondrous ‘proggy’ guitar sound, a sound that is highly drenched into Acid, killer basslines, and trippy drumming indeed! The next one, the self-titled “Shallow Oceans” is a dreamy fine blend of psych & prog, controlled heavy guitars, an amazing prog-a-delic middle section with a Hendrix-ized Acid ending, a tune that literally dives into a Liqueur-Acid ocean!!! With “We Come In Peace” the psych-trio dives even deeper into that exciting Psychedelic Guitar Sound of the late 60s while lyrically this is a timeless social cry for the past the present and the future generations! “Divided” is a 3minutes Heavy Rocker while on “Dance Upon The Moon” it seems that Jimi’s Spirit has possessed not only Icarus but the rest of his crew too. A Hendrix inspired tricky Heavy-Psych Rocker with a tremendous psych-acid guitar attitude! “Symphony Of Groove” shows a groovier and funkier psych side of Hendrix… err… sorry of Icarus Peel’s Acid Reign. You may call it Hendrixdelia or whatever but this track is so brutally cool! “Wishful Thinking” starts and I got the feeling that Andy (the bass player) must be a fan of Peter Hook… How else I can explain that intense Joy Division atmosphere that is spread all over the song and that is perfectly mixed with some of the band’s 60s influences… The album reaches its end with “Snakes”, a weird tune, kind of acoustic, effected, with a sharp sound of a rattlesnake, inner voices are coming directly from the inner mind… Oh, I need to play this album again, and again, and again… Icarus Peel’s Acid Reign delivered ONE OF THE BEST ALBUMS OF 2020 and it goes by the name of “Shallow Oceans”… Recommended… TimeLord Michalis 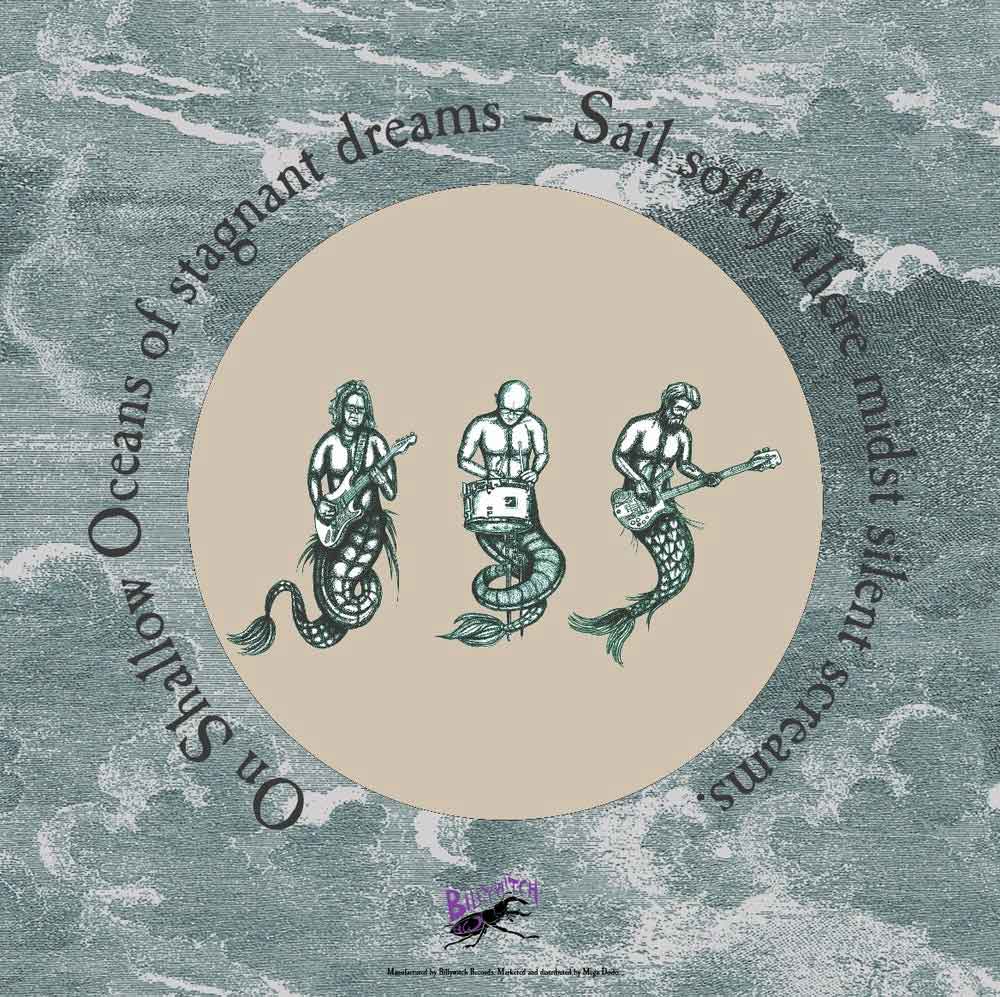