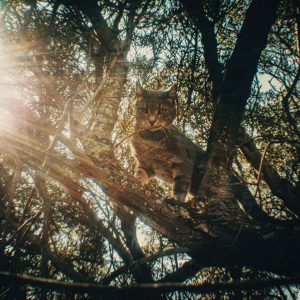 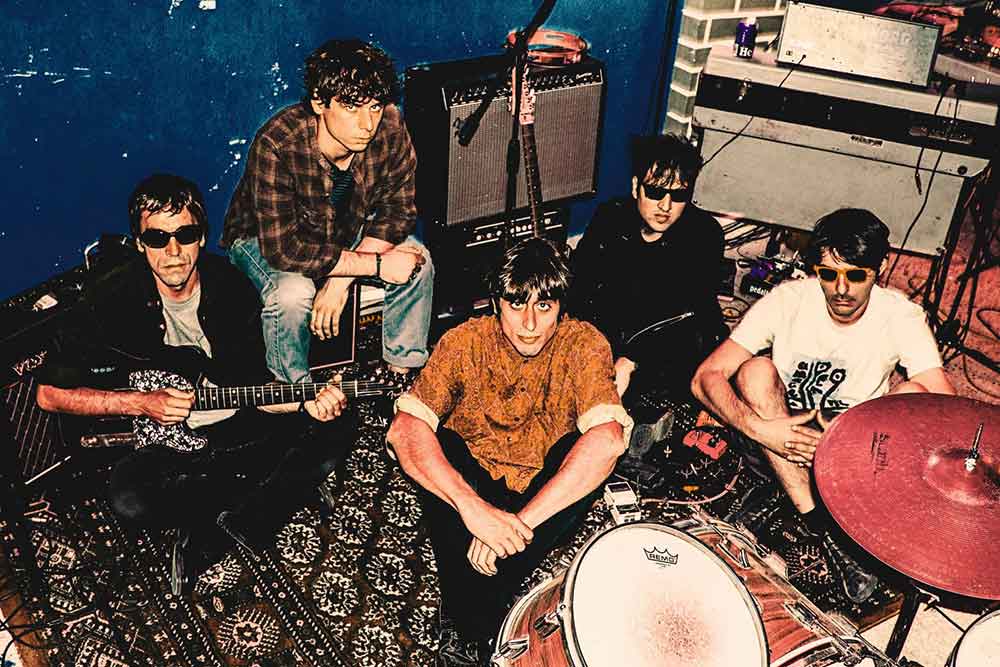 One LP album, one 12-inch EP, one 10inch EP, 2 7-inch Singles, and one cassette, it’s not bad at all for a band that started releasing their music in 2014! Alien Mustangs are coming from Thessaloniki, Greece, and “Beat Of The Earth” is their new album launching a collaboration with Cardinal Fuzz (UK/EUROPE) and Little Cloud Records (USA). The press release on their Bandcamp states: “Cardinal Fuzz and Little Cloud Records are delighted to bring to you for your listening pleasure – Alien Mustangs – ‘Beat Of The Earth’… Emanating sonically (and physically) from Thessaloniki, Greece, the band has been crafting its unique blend of ’60s-flavored, hypnotic, space-psych trippiness since 2013, releasing their debut LP “Alienation” in 2018 (on the always great Sound Effect Records) – this follow up ‘Beat Of The Earth’ is a shimmering wash of the most lysergic, cosmic and melodic music to have reached out ears so far in 2020… Their mutant psych / space hybrid is deeply rooted in sixties garage, and while still paying tribute to their influences,(((Loop))), Spacemen 3, The 13th Floor Elevators and The Stooges, ‘Beat Of The Earth’ has a Teutonic beauty that brings to mind Harmonia. Opening tracks ‘Sound Of No Future’ and ‘Fairy Meadows’ are both super- kosmische space rock epics where Alien Mustangs create an alluring, thick miasma that practically invites you to lose your bearings in their incandescent, the hallucinogenic cosmic glory. On the flip over and we get Alien Mustangs in a fuzzed up Stooges pounding strung out guitar grind, where tidal waves of guitar drones detonate in your mind, Hawkwind inspired freak flag wildness flies with an added dose of motoric krautadelia. ‘Beat Of The Earth touches down gently with the lilting ‘Waiting The Dawn’ – a track that shimmers and glides with serene beauty as you melt blissfully into the ether of its serene beauty”…
“Beat Of The Earth” consists of 6 tracks clock-ticking from 3:21min to 9:39min. The opener “Sound Of No Future” is a remarkable dynamic track with the familiar-by-now Alien Mustangs unique Sound, the tune is progressively being unfolded emerging tons of slow lazy guitar feedback, while as if by magic, a trippy-psychedelic swirling hypnotically fuzzy environment is being wonderfully created… “Fairy Meadows” is one of the strongest moments on the album and one of my personal highlights, using the previous track’s background but with a soft, serene and hazy intro, this piece of instrumental magic is capable enough to tear down the “walls” of modern-psych-space-kraut! Slowly the guitar gives the ‘lead’ to that MAGNIFICENT “Neu” beat and automatically the tune transforms into a neo-modern-krauty sonic adventure! A great tune, trippy enough, with all participated instruments perfectly harmonized to the new ‘path’ that is opened in front… “Illusions” is a distorted fresh melodic shoegaze-y tune with deeply effected/echoed vocals, and a garage-y attitude with an intense feeling of a jam-band from the late West Coast 60s! “Secret Days” is a heavy one, with tons of ‘psychotic fuzz’ while “Darklands” (another personal highlight) is a ‘heavy Alien Mustangs’ acid-psych-space tune, fuzzy, strong, solid with a krauty-futuristic and spacey background, a tune that can easily penetrate your – already – melting mind! The albums close with “Waiting The Dawn”, a different tune, a slow and kind of balladesque song, shoegaze flirting that becomes extremely psych-affected towards its end… The Alien Mustangs with “Beat Of The Earth” delivered a fantastic cool n’ trippy mutated Kosmique Space-Rock Fuzz-a-delic album! Go for it! Recommended… TimeLord Michalis

Alternatively, get it through Shiny Beast Mailorder