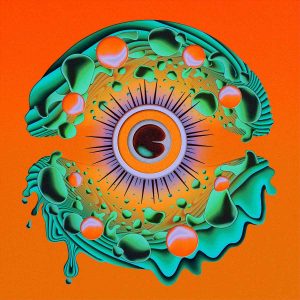 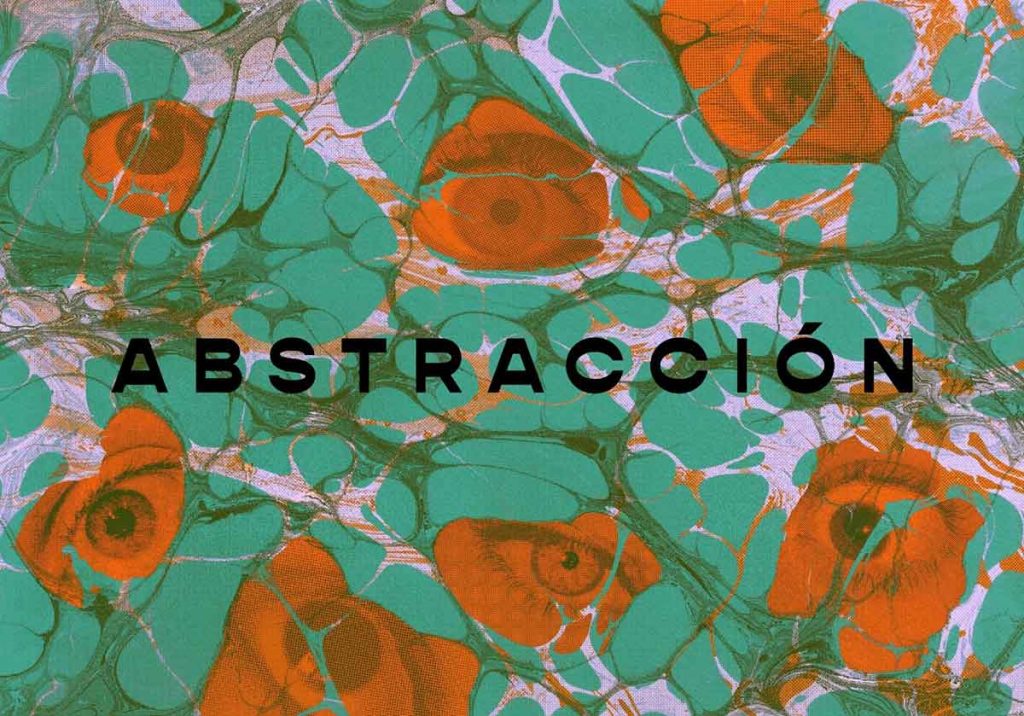 * The first 100 units include an exclusive risograph print

Abstracción is a new Psychedelic Rock band and their 7 members are coming from 3 different places in Spain, Madrid, Malaga, and Mallorca. Abstracción consists of Catalina Requena (voz), Luis Monge (guitarra eléctrica), José Gálvez (sitar, guitarra acústica y percussion), Pablo Bermejo (órgano Hammond, Farfisa y piano Fender Rhodes), Pablo Abarca (flauta travesera), Rafa “Chico Jr.” Paredes (bajo electric) and Paco García (batería y percussion) (I found it really ‘sic’ to use their own Spanish descriptions). So, let’s see what we have here… Well, it seems that each one of the members brought its own influences inside the group, they embodied all of their inspirations and under a huge Psychedelic prism, the band presents a 7-track album, that is a flourished promising “light” in the modern-psych among the dangerously increasing numerous “fake” psych bands of today! The album takes off with a short intro entitled “Abstracción” that literally sets the scene for what the listener is about to experience… A colorful orgy of sounds follows under the title “Asinergia”, flutes, Hammonds, sitars, all covered with a technicolor Sixties Psychedelic veil, and then there’s this sweet and warm voice of Catalina, singing in English but switching to Catalán (Mallorquí)! This is a mind-bending, sophisticated, and psychedelically cool pop-sike that it seems I’m getting disoriented second after second… “Suenos de Colores” indicates an amazing blend of Sitar and Hammond sounds, a smell of incense everywhere, sexydelic vibes are spreading all over, the flute adds something dreamy while the guitar fills the atmosphere with mass amounts of LSD, the sitar gives the necessary Eastern reference and the Farfisa adds that exotic feel but that’s not enough! Tic tac, tic tac, and towards its end the flute makes this song to be sounded like a daemonic Jethro Tull outtake! The greatest moment on the album (my humble opinion) is the next one, “Nudos Ciegos”, lots of Eastern influences that it feels like this is a musical adaption from 1000+1 nights! The band creates an extremely powerful hallucinogenic and lysergically Psychedelic environment while that amazing Farfisa adds an astonishing Psych-Garage feel! “Sendero de Vuelta” is a dreamy, earthly flute-y wonderful smooth tune, so organically beautiful that touches pop-perfection! … On my entire occupation with Psychedelic-Rock I have observed that every song entitled or has the word “Kaleidoscope” in the title is a presentation of unique shimmering Psychedelia!… “Caleidoscopio” is a stunning breathtaking instrumental piece of Psychedelia, a remarkable composition with ethereal flute, trippy percussion, flourish organ, Eastern-inspired guitar… Listening to this and simultaneously looking at the MIND-BLOWING front cover, it is sure that you will be exposed to another dimension, and believe me it’ll be so hard to get back to a ‘normal state of mind’… The last track of the album is untitled, it starts with plenty of bubble-space effects while someone is trying to tune the sitar strings, wilde vociferations with an intense feeling of a psyched-out “no-cohesion”, a trippy and rather experimental tune, and I couldn’t figure out a perfect way to close this album!!!! Abstracción is a cool Tropicaliadelic album that acts as an Oasis not only for the Spanish/European Pop-Psych scene but for the rest of the World too! One of the Best Albums of this strange Pandemic 2020! And certainly the Best Artwork cover so far!!! TimeLord Michalis 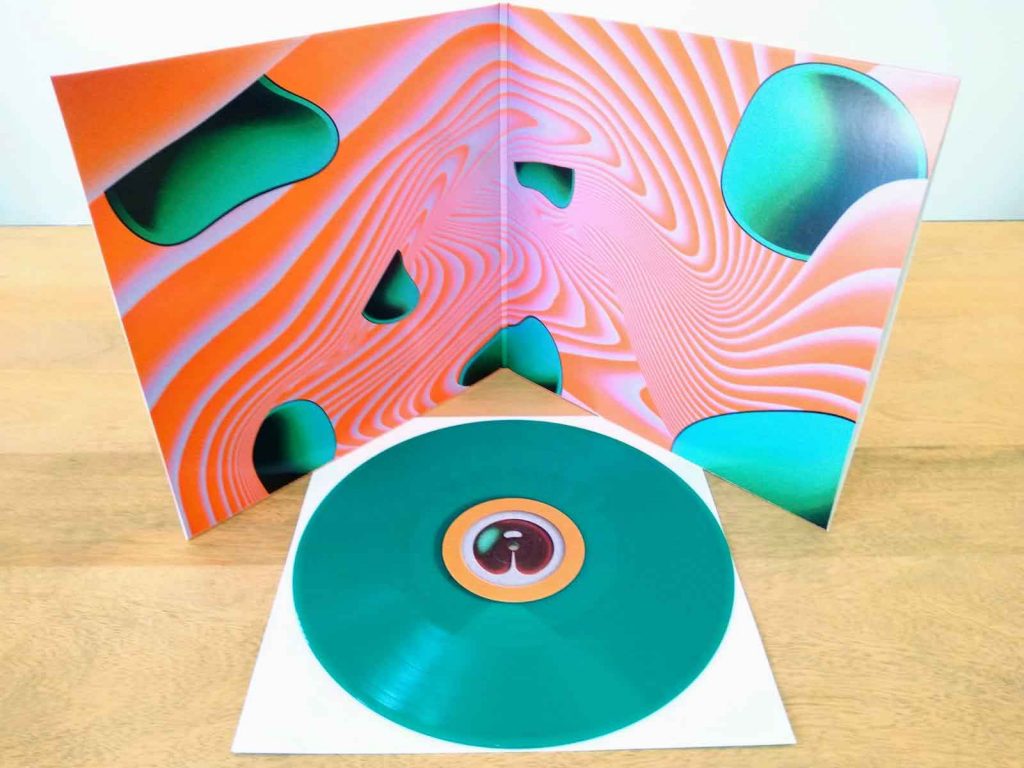 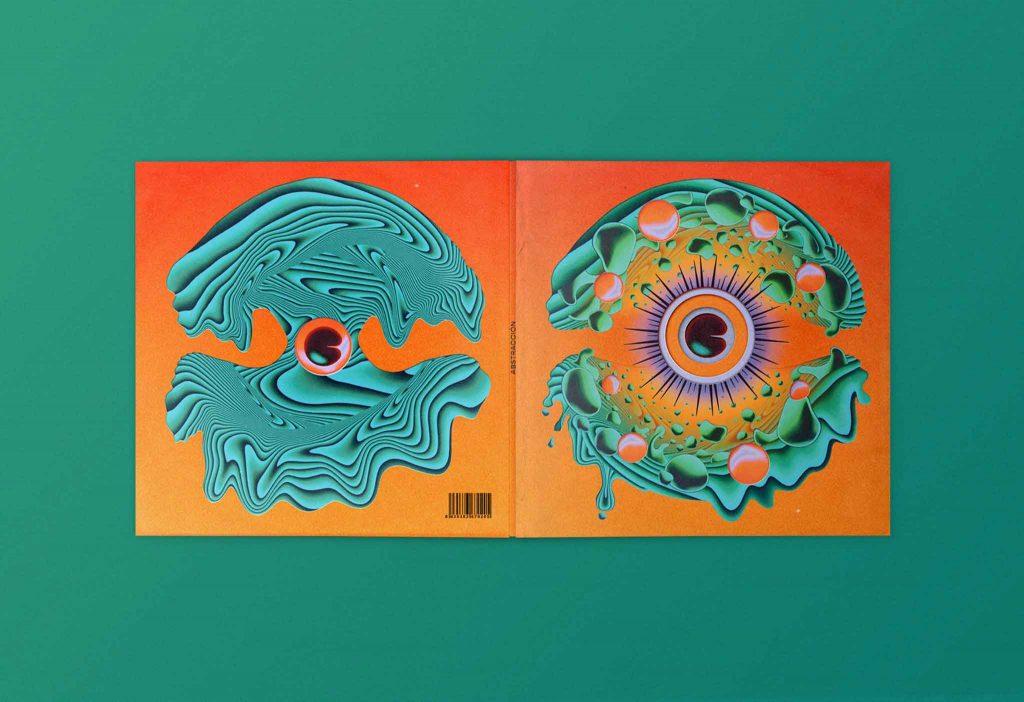