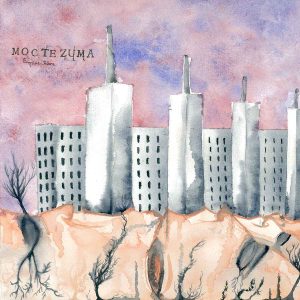 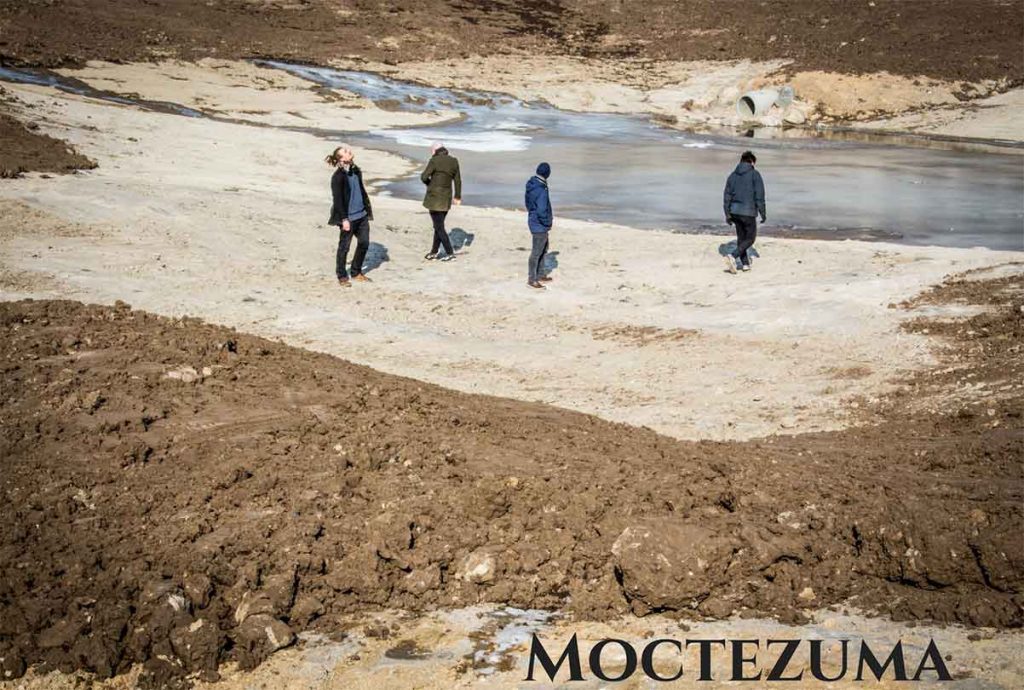 Now, this is a wonderful surprise coming from Denmark!!! Moctezuma is a Psychedelic Blues-Rock quartet, newcomers to the scene, and I advise you to remember their name, you’ll have to deal with it in the near future… They took their name from the Aztec Emperor Moctezuma – though I need to clarify from which one; Moctezuma I (c. 1398-1469) or Moctezuma II (ninth tlatoani or ruler of the Aztec Empire, reigning from 1502 to 1520)… But, I guess this not of much importance, hehe… I asked the guys in the band to send me some info and they kindly offered this piece of text: “Moctezuma’s debut album Empire Blues was released on April 2nd, 2020 through DiGiDi, a Danish digital distribution cooperative, which effectively allows us to be our own label. The album was recorded at Cable Hell Studio in Aarhus, DK, using analog recording equipment only. All songs were based on initial live recordings in order to retain the intensity and spontaneity of a live performance. All subsequent recordings were made with this same purpose in mind, more often than not recorded during the hour of the wolf. This approach to recording is based on the assumption that perfection is both impossible and undesirable. Mistakes, happenstance, impulse, and occasional madness are all part of the plan. They supply the album with color and life… As musicians, we rely heavily on jamming a few good ideas into full-fledged songs. Our songs are never finished, they morph over time – which means that the tracks on Empire Blues are snapshots of songs suspended in time. They are also considerably shorter than they would be in concert. Otherwise, we are a classic rock band setup: drums, bass, lead and rhythm guitar, and vocals. Though we try not to worry about genre, we are definitely inspired by 60s, 70s, and 80s psych, blues, and folk-rock. To name a few greats: Neil Young, Pink Floyd, Hendrix, Frank Zappa, etc”…

Well, somewhere here I should start telling you about the album, but I’m so impressed by the concept of their lyrics and generally about their ‘thinking’ so I will include here some of the band’s thoughts:

“The album and the lyrics were largely inspired by the colonial empires of Europe. The first song of the album, Cuauhtémoc, is the story of the clash between the Spanish and Aztec empires, based on fx Bernal Diaz del Castillo’s accounts of these events. This is also where the name “Moctezuma” originated.

The age of empires may seem long gone, however, in our opinion, the empire has simply retreated into the western subconscious.  The philosophy of colonialism, aka. trickledown economics, rational choice theory, good vs. evil, rationality vs. irrationality, is still alive and well within the power structures of global society, and is particularly and firmly embedded within western culture. We call it the “shadow empire”. The second song on the album, Hardly Even Human, is about this hypocrisy of western culture, as it views the world in terms of the false polarities of good and evil, etc…

Moctezuma is music by and for the people of the shadow empire. We call it Empire Blues. The idea is imperfect, undoubtedly human. This sound is something like patient anger and restless powerlessness. Lyrics are paranoid and seek a personal but inclusive reality. Guitar solos may multiply”…

So, by now, you think yourselves “What I am going to listen to here”… You really do not have a clue… “Empire Blues” consists of 6 compositions. The opener “Cuauhtémoc” unfolds a dark psychotic and Bluesy background, cold riffs, scary organ sounds, it’s kind of a ballad song that reminds those ‘cursed’ ones, the Murder Ballads. It’s a raw Psychedelic Blues Ode to the Monarch, overflooded with tons of acidly drenched guitar sound! The straight Blues-tune “Hardly Even Human” follows… The narrative approach along with the rich bluesy background succeeds to launch the song so high that can only be compared with the Psychedelic ‘White’ Blues of the 60s! A tune that becomes psychotically heavy with strong lyrics, “right here we don’t negotiate with any terrorists…”… “Wolves” follows, and a sad and lonely feeling gets you by the start, an electrically flavored Blues-Rock ballad, very esoteric becoming sonically heavy emerging an intense early 70s Hard Blues feeling… The astounding Psychedelicious “Why Would I Be The Centaur” is influenced, inspired, and sort of based on Floyd’s “One Of These Days”, a rather different and interesting approach I must admit, a magnificent electrifying Bluesy Psych tune! “Silence And The Abyss” is a Psych Ballad dominated by some Great Blues’ fuzzy vibes that transform the song into a Heavy-Blues Rocker! Eventually, the album closes with the electric Blues ballad “History In Making”, with a sad and melancholic aura and tons of Heavy swirling Blues guitar sounds… “Empire Blues” is a remarkable debut album, of course, is BLUES-inspired, and it’s certainly one of the Best albums of 2020 and I’m longing for the day that someone releases this on vinyl. And then I could place it among my other favorite Denmark bands, Freed, Rainbow Band, Young Flowers, Spids Nogenhat… Moctezuma is a very promising band and my expectations are really high on them! Anxiously waiting for their next step… TimeLord Michalis