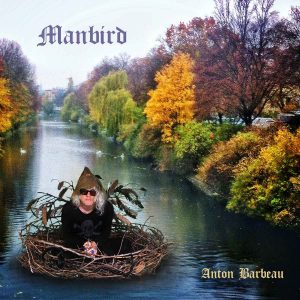 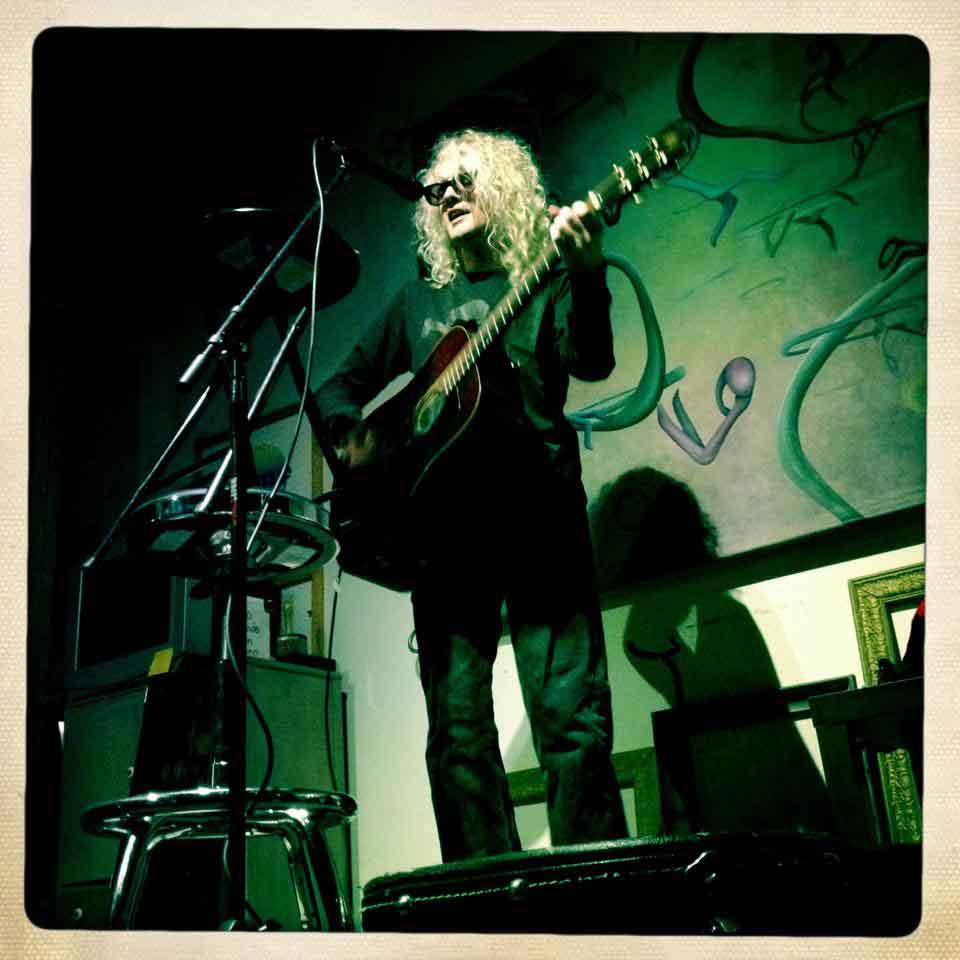 Having contributions on two AMAZING Fruits de Mer 2020 comp-releases – “A Band For All Seasons” and “Head In The Clouds” – our beloved Anton ‘Psychedelic Moses’ Barbeau, returns with a remarkable 27track 2CD new album, called “Manbird”, released in UK/Europe through Gare Du Nord and in the USA through Beehive Sound. Anton tells the story: “The idea for Manbird came to me in Madrid, on tour with Julia VBH. On a night off, we went to see the film Lady Bird. Set in Sacramento and with a Catholic school kid in the title role, there was much I could relate to. The fact that it’s set/filmed in so many familiar parts of my hometown was striking. Of course, teenage Lady Bird can’t wait to get the hell out of her Sacramento, whereas I was basically afraid to leave the nest of mine, and it wasn’t until my 30s that I did. (Seeing the film in Spain made it crystal clear that I did indeed finally get the hell out!) Yet, as with the character in the film, I’ve found myself returning home again, in a rose-tinted prodigal way. I’ve traveled so much in the last 15 years that the very notion of “home” has taken on a strange resonance. Berlin has felt like Home, while Sacramento/California will always be “home.” I lived in Cambridge for 5 years, but Oxford has always been “home base” in England for me.

The songs on Manbird span a vast range of styles. If it’s shocking to hear me nailing “Featherweight,” my first and only hardcore punk song, is it calming to hear that track fade into the Hare Krishna chant? And what do both songs have to do with McKinley Park, where Lady Bird tried unsuccessfully to get her boyfriend to feel her up? “Don’t Knock The Mockingbird” makes a daily flight from “Dairy Road to Dahlem,” with a bit of Twelve Tone thrown in for measure, just as the titular “Manbird” treats both McKinley Pond and Landwehr Canal as “fountains of youth.”

Even the recording itself of the title track reads as a travelogue. Written at a Danish cafe in Berlin, the song was recorded in Germany, California, and Oxford, UK. So yeah — I took the title track and turned it into a double album concept trip all about leaving the nest, traveling the world, and always returning home, even when I’m not sure which home is Home. Somehow, I managed two disks of original material here, and with a crazy number of groovy guests helping me out. Manbird is about a return to the egg from whence I hatched, the city that shaped me, whether I liked it or not!”…

“Manbird” is an exceptionally remarkable ‘full’ concept album with really cool and strong autobiographical lyrics while the music covers a big range, from inspired 60s popsike to psych-pop-ballads. Disk 1 starts with the self-titled “Manbird” and a chance for us to have an idea of what to expect in this release, sunshine popsike psycho-therapy! “Across The Drama Pond”, is a synthesized poppy tune with an 80s electro touch while “Memory Tone” has an intense late 60s poppy feeling that flirts with Abba and The Beatles! “Fear Of Flying” is a semi-acoustic lovely balladesque song with a strange and adventurous orchestration. “Savage Beak” is a 9/8 2min Great Neo-Freakbeat Anthem while “Chicken” is a cool sing-a-long pop-rock tune with a superb guitar solo. “Featherweight” is a 106sec US Punk-Rocker with a rather unexpected ending! “Cowboy John Meets Greensleeves” is a weird tune, with a lovely melody and some 60s popsike invention! “Beak” indicates a strange psych n’ krauty instrumentation with a ‘chorus of thousands’ while “Nest Of Feathers” it’s sunny, poppy with a mid-80s REM groove! “Oh Dainty Beak” is a nostalgic ballad and the first disk eventually comes to an end with the cool and rhythmic “And So Flies The Crow”. The opener of Disk 2, “Coming Home”, sets another soundscape, more psych-a-something. “Coming Home” is a fantastic Psych piece of Pop music and with this one, Anton, reaches some high levels of perfection, in singing, composing, performing! “Don’t Know The Mockingbird” is a brilliant composition, flirts with Psych but also it has a strong late 60s Beatles vibe (Let it Be Naked, comes to mind). “Flying On The Ground Is Alright” is a crazy tweaked tune with Anton actually shouting at his phone, a strange one. “My Other Life” is a short Proggy Psych-Out track while “Underneath The Mushroom Tree” it’s another of the so-called ‘weird ones’ of this album, Anton more recites than sings, there’s no music here but it’s full of Psych vibes! Weirdness goes on with “Auslanderbeak”, it’s like an eerie mix of Irish-Folkie-Traditional tune that comes from the 15th century! Maybe I’m wrong with this, but that’s exactly the feeling I get… “Dreamscape 4” it’s short, weird, and acts as a voice interlude… “Even The Swans Are Dirty” it’s a very different one, the scenery now becomes 80’s sounding, and the whole song acts like psych beat music from an 80s Atari video game! “Beak Part 2” is a Psychedelic short interlude, spacey and futuristic while with “Birds Of North America” we’re back to ‘Normal’ mode, hehe… A ballad, full of nostalgia with great use of acoustic guitar. “Back To The Egg” is an acoustic piece of Abba-esque pop. “Manbird (Oxford Variation)”, is an abnormal tune, I Love it, Psych-Out greatness in its best! “Space Force” is an adventurous pop-psych tune with different sonic freaking layers! The last two songs are untitled, I do not know if they’re supposed to be in this concept album or not, but from what I listen to, I couldn’t expect a better ’outro’ for “Manbird’! So, after more than 90 minutes, I’m quite satisfied with what I heard! An astonishing musical travelogue, a Groovy conceptual album, poppy and psychedelically eerie, and I dare to say I enjoyed it as much as I did when I first heard “Arthur Or The Decline And Fall Of The British Empire”… For some strange illogical and unexplained reason, this came to mind… Thank you Mr. Barbeau for delivering “Manbird” to the world! TimeLord Michalis