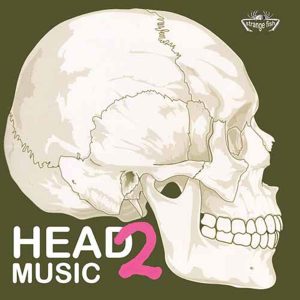 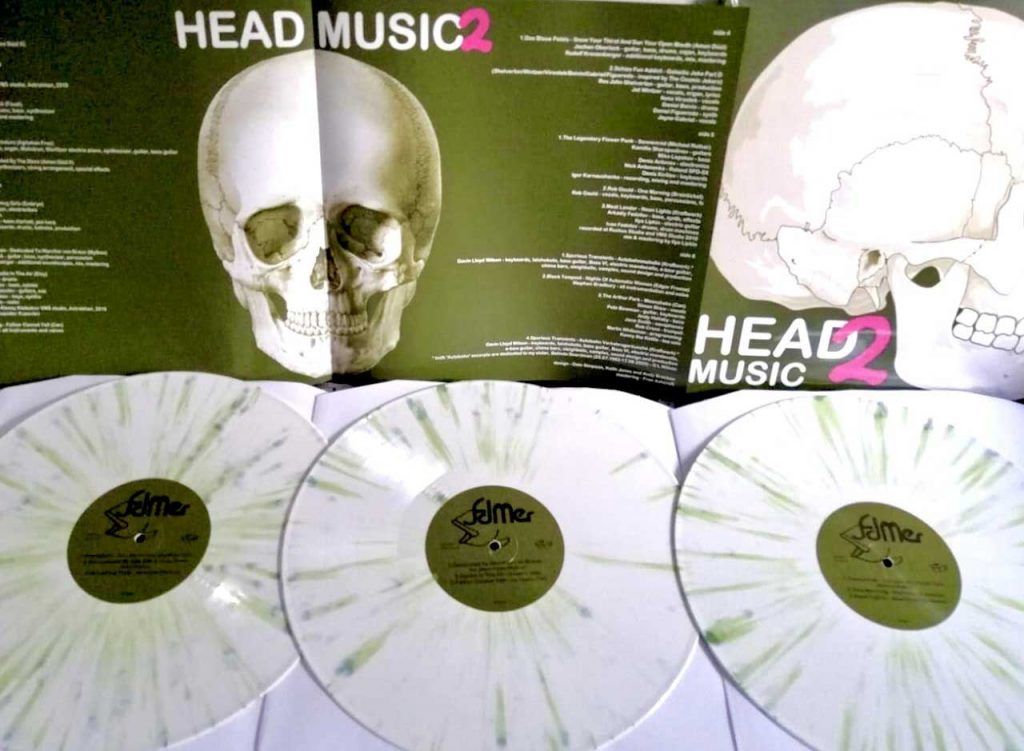 The follow-up to 2012’s “Head Music” is here and you need to hurry up if you want to grab a copy because FdM records have already sold its copies on pre-orders, but you can still try Norman Records, Shiny Beast, or Rough Trade… As “Head Music”, “Head Music 2” is an ideal guide to start digging the past – through the new versions over here – and discover (or rediscover) some of the greatest German bands from the 70s magnificent Krautrock era! Let’s take a look at the press release:

We love krautrock here at Fruits de Mer, it was my first big musical obsession – nearly 50 years ago – investigating a section in the local Virgin record shop headed ‘krautrock’, record labels I’d never heard of, LPs by bands with unpronounceable names, in bizarre sleeves, full of wild sounds that were a million miles away from Led Zep and Deep Purple; for me, the music still sound intense, groundbreaking and the bands remain influential 50 years on – if they didn’t, I wouldn’t have found so many artists keen to reinterpret songs from those heady days.

As many of you know, we released a double LP of covers – ‘Head Music’ – back in 2012, followed it with more of the same, but on a somewhat smaller scale (a double 7” called ‘shrunken Head Music’) and earlier this year released a double LP + double CD set of music inspired by the German kosmische/synth pioneers of the early 70s.
Now we’re back revisiting legendary labels such as Brain, and some of the heavier sounds and heavier Germanic bands from the start of the 1970s (although by side 6 of this set we do come up for air with new takes on the likes of Kraftwerk’s ‘Autobahn’ and Can’s ‘Moonshake’, which perhaps helped signify the end of a pretty remarkable era of music). All the tracks on ‘Head Music 2’ are covers except the Schizo Fun Addict contribution, and even that is heavily indebted to the Cosmic Jokers.
I hope you have as much listening to the set as I have in putting it together.
If it’s a genre that new to you, use this set as a stepping-stone to discovering some of the original bands (and yes, we know Brainticket were Swiss, but they were close)”…

So, what we have here are 16 reinterpretations (plus 1 original tune) by ‘nowadays’ bands that re-imagined those old tunes and tried to transport them into today’s musical scene, and I must say that all participated bands here, did it with Love, Devotion, Respect, and Imagination. Here’s what you about to experience in this remarkable 3 LP compilation:

Vespero – Between The Eyes (originally by Amon Duul II), a very dynamic version and pretty spacey too!
Das Blaue Palais – Krautrock (originally by Faust), the band creates a mesmerizing shimmering electrified Heavy soundscape!
Tony Swettenham – Rucksturz (originally by Agitation Free), lots of synths in a creepy nightmarish cool version!
Cary Grace – Surrounded By The Stars (originally by Amon Duul II), an amazing, wild, and neoteric proggy version by our beloved Cary with a deadly violin sound!
Revbjelde – Dreaming Girls (originally by Embryo), a trippy, tricky, and rather fascinating cinematic cover!
Das Blaue Palais – Dedicated To Wernher von Braun (originally by Mythos), new breath to this astonishing tune with a Floydistic perception!
Vespero – Castle In The Air (originally by Eloy), personally I think that Eloy does not belong here, but Vespero did a powerful, modernized, spacey, sitar-ish version!
Jay Tausig – Father Cannot Yell (originally by Can), a Power-Rock version with respect and lots of adrenaline!
Das Blaue Palais – Snow Your Thirst And Sun Your Open Mouth (originally by Amon Düül), dream-a-like and proggy, as it should be!
Schizo Fun Addict – Galactic Joke Part D (inspired by the Cosmic Jokers), it seems that The Schizos can easily move from Psychedelia, to tropicalia, to Surf, to Kozmique Space music with just a blink of an eye! A tune, full of Cosmic vibes and spacey intergalactic soundscapes. I’m pretty sure that if the Cosmic Jokers had the chance to time-travel to 2020 and back to 1970, then they certainly could have taken this song with them, ha!
The Legendary Flower Punk – Sonnenrad (originally by Michael Rother), fully electric and neo-futuristic version!

A Fantastic triple LP that perfectly connects the 20s with the 70s! Head music, it is! Feed your Head!  Recommended! TimeLord Michalis