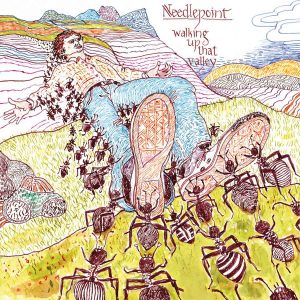 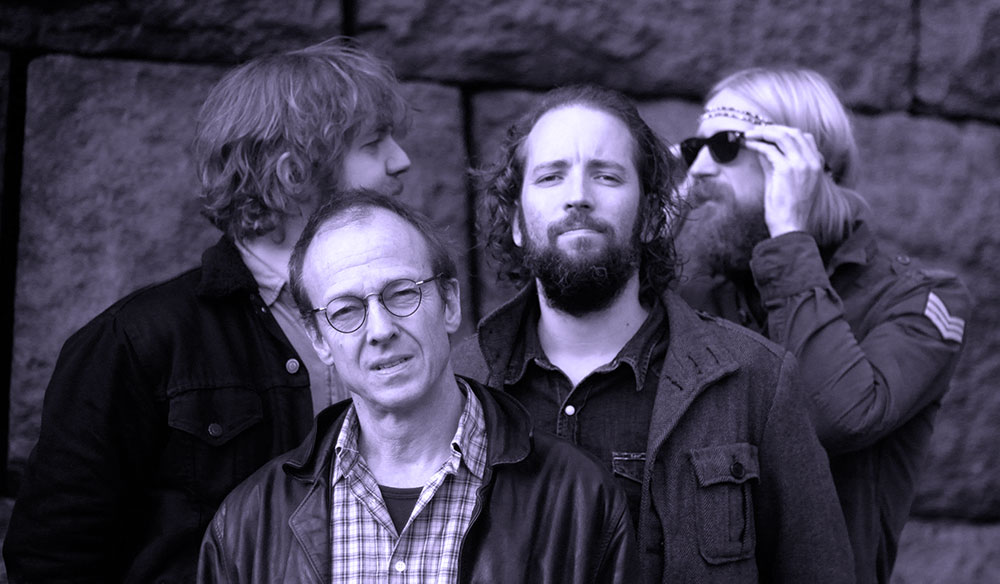 Needlepoint is a Prog quartet based in Oslo, Norway and they are drawing inspiration from the wonderful Jazz and Prog Rock 70s. They are based around the renowned guitarist BjørnKlakegg, and rounded out by a veritable who’s-who of the Nordic jazz and rock scene, including members of Elephant9, Møster!,Bigbang and others. Since 2010 they released 4 albums (“The Woods Are Not What They Seem” 2010, “Outside the Screen” 2012, “Aimless Mary” 2015, and “The Diary of Robert Reverie” 2018). “Walking Up That Valley” is their 5th effort and as all 4 previous ones, it is released through BJK Music.

“Nikolai and Bjørn have cooperated in the making of all the albums, from Bjørn’s ideas being captured on his phone up until their journey’s conclusion upon the record’s grooves.  Bjørn considered himself a jazz musician when he first met Nikolai, but his old British heroes from the 70s such as ELP stepped out of the fog in the musical company of the now Needlepoint bassist. Olaf Olsen and David Wallumrød were Nikolai’s unconditional choices to fulfill the lineup.

Needlepoint started as an instrumental band, but when the second album was almost finished, Bjørn and Nikolai had a talk that leads to Bjørn’s first steps towards an identity as a singer. That talk also changed the identity of the band.

It was never really a conscious choice of style by the band, but Needlepoint is now considered a Prog band by many listeners, and it’s a pleasure having such an addicted audience by their side. Many people mention the Canterbury Scene to describe the band’s profile, and Robert Wyatt, Syd Barrett, Caravan, Camel, and even King Crimson and Yes are also mentioned to place our musical identity…

The last album is absolutely connected to the previous ones, but there are also new sounds to be heard. Bjørn has picked up his flute and violin, so there is a strange little orchestra appearing here and there in the album. Olaf is accompanied by Erik, who plays percussion on the album, and their fun together is audible on the album, while David treats his collection of beautiful vintage keyboard instruments like no one else. Everything is supervised by producer and bass player Nikolai Hængsle; his bass playing as powerful and brilliant as always, and Bjørn’s vocal are more present than ever in this production. In some of the tracks the band is touching new areas, but absolutely without losing its identity”…

Nikolai Hængsle: electric bass, backing vocals, guitars on “Rules of a mad man” and “So far away”

Words and music by BjørnKlakegg

“Walking Up The Valley” consists of 8 tracks and it starts with “Rules Of A Mad Man”, a progressively poppy-rock tune, emerging a great melody and lots of early 70s influences, Camel’s “Mirage” comes immediately to mind and I dare to say that Mirage is spread upon almost every composition of the album and this is not a bad thing at all! With “I Offered You The Moon” the band opens the door to the early 70s Canterbury scene, and they All came In! It’s really hard to describe the atmosphere of the song, one of the strongest moments of the LP, surely! An amazing amalgam of old sweet Canterbury sounds, it’s like it is 1971 again… and there’s that haunted Organ Sound with that adventurous Psych-Jungle Beat!!! “Web Of Worry” and “So Far Away” are Camel-tinged beautiful songs while “Where The Ocean Meets The Sky” shows some Pop- Canterbury perfection with a fantastic proggy mind-blowing middle section! “Carry Me Away” has a jazzy-light atmosphere, Canterbury-styled of course that slowly transformed into something like Pop-Fusion (if something like this exists!). “Another Day” is a balladesque kind of tune that flirts with Jazz-Rock showing a Bluesy touch. The album closes with the self-titled “Walking Up The Valley”, a Canterbury-influenced ballad (at least for the first 4 minutes) that transformed into a Proggy-Jazz-Rock time capsule while the mind automatically projects images of legends like Hugh Hopper, Steve Hillage, Dave Stewart, Robert Wyatt, Kevin Ayers, Daevid Allen, Mike Ratledge… The presence of this Canterbury army has launched the song into Eternity! This is exactly how I want “my Prog” to be sounded like, nowadays … End of transmission… TimeLord Michalis

Buy it through Sound Effect Records