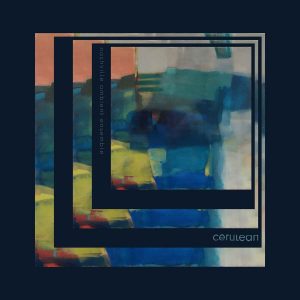 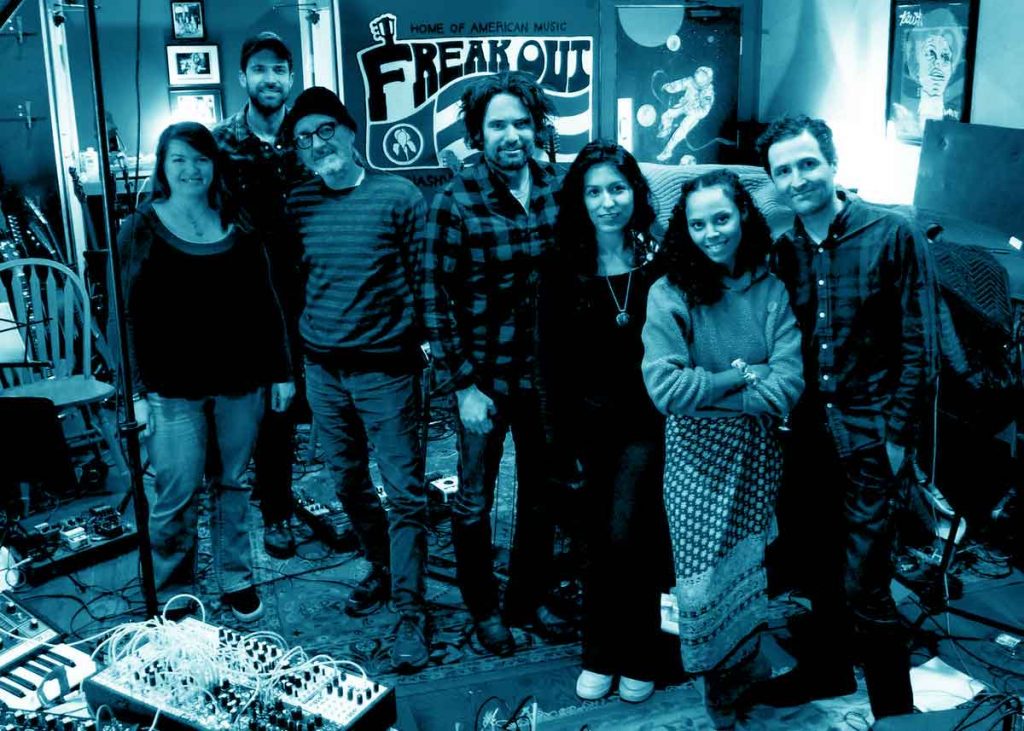 Nashville Ambient Ensemble is a new septet built around electronic composer Michael Hix, hailing from Nashville, and “Cerulean” is their first full-length album released through Centripetal Force (a likable small print-run label from Nashville, Tennessee that so far has released some exciting bands and artists like Dire Wolves, Elkhorn, Prana Crafter, Tambourinen, etc.) Describing themselves as “… a group of Nashville artists and musicians bringing together synthesizer soundscapes with traditional instrumentation in a semi-improvised setting, celebrating the unique collective spirit of music-making in our city”, let’s read the informative press release:

“Centripetal Force is excited to announce the release of Cerulean, the first full-length recording from the Nashville Ambient Ensemble. The Nashville Ambient Ensemble is based, as you may have guessed, in Nashville, Tennessee. Organized and led by electronic composer Michael Hix, the ensemble’s lineup is made up of some of the city’s most creative and innovative artists, many of whom have been heralded by Bandcamp as being part of an experimental music movement dubbed the “New Weird South”. In addition to Hix on synthesizers, the group includes the talents of Luke Schneider on pedal steel guitar, Kim Rueger (Belly Full of Stars) on piano, Jack Silverman on baritone electric guitar, Deli Paloma-Sisk (Diatom Deli) on voice, Cynthia Cαrdenas on guitar synth, and Timon Kaple on electric guitar. In 2019 Michael Hix, a Tennessee native, moved back to Nashville from New York City, where he had been establishing a solo music practice. It was at a show that Hix played with Diatom Deli in early 2019 that he met Jack Silverman, who suggested a collaboration. Also present at the show was an old friend, Timon Kaple. Conversations ensued, excitement grew, and suggestions for additional collaborators were quickly shared. Before long the Cerulean lineup gathered for two rehearsals and then entered Battle Tapes studio for two days of recording. This album stands as testimony to the deep collaborative spirit and talent of all involved. As Hix and other veterans of Nashville’s music scene will tell you, there aren’t too many cities where this kind of collective mindset is so rich and rewarding. Cerulean is certainly evidence of that. Cerulean is comprised of six compositions that draw upon the strengths of all the musicians involved, particularly their ability to let space guide their path. This willingness to commit themselves to the margins of sound allows each artist the freedom to explore and develop the ethereal tone and character of each song. The resulting effect is most evident on selections like “Inga” and “Conversion” as the ensemble’s careful balance of structure and improvisation carries over to the listening experience, transporting the listener to realms of mindful and meditative bliss. In addition to being committed to a Nashville ethos that values collective collaboration, Cerulean explores musical pathways with a distinctive Nashville sound, a unique approach amongst similar artists and releases. We believe this is what sets the Nashville Ambient Ensemble apart from their contemporaries and think that you will agree. The Nashville Ambient Ensemble is recommended for listeners of William Tyler, Cocteau Twins, Fennesz, and Emily A. Sprague”…

“Cerulean” which by the way is a remarkable color, contains 6 compositions that are moving generally into the Ambient New Age musical environment… “Breve” starts in a dreamy and serene musical way, with acoustic guitar that perfectly blends with an ethereal female voice though the ending is rather experimental! So cool! “Inga” slowly unfolds a nice and warm melody emerging a feeling of happiness and euphoria, the mood is relaxing and dreamy-like, very pure and soft, traveling the listener to places that only can dream of! “Elegy” is music that helps you “clean your mind”, ideal for meditation, with a dominated piano melody that has an astonishing simplicity, a blissful feeling overflows the place… “Conversion” with its peaceful New Age Ambient soundscape and a mission to bring the ‘objective’ into having full control of its sub-conscience! And when this voice ‘interrupts’ the séance, it’s like Angel’s calling… Meditative indeed! The self-titled “Cerulean” moves into the same ambient pattern, being a little darker, with strange instrumentation and a feel to experiment or to improvise… The last number is called “Coda”, another relaxing ambient tune with beautiful vocals… “Cerulean” is a remarkable album that not only shows the excellent musicianship between the members but also can seriously relax the listener’s stressed senses… And you are all advised to enter this different kind of world, a place with cerulean waters and golden sands… TimeLord Michalis