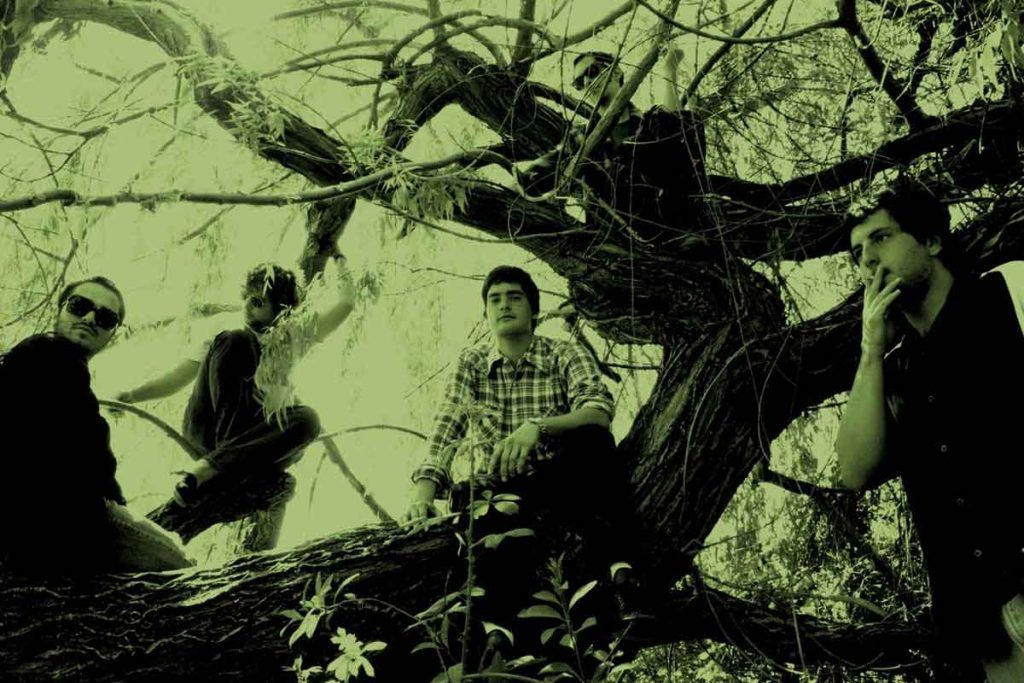 Pontiacs is a neo-psych band hailing from Santiago Metropolitan Region, Chile, and “Atacama Dreaming” was their 3rd album, digitally self-released back in 2013. Finally, after 7 years, “Atacama Dreaming” found its physical vinyl release through Green Cookie records, a Greek label that is specialized in more ‘Surf’ releases and this is a wonderful surprise because I can see that the wonderful people there are trying to widen their ‘Horizons’ to more ‘Psych’ related stuff! The press release reads:

“It was the year 2013 and the neo-psychedelic rock scene of Santiago de Chile’s was reaching its highest point. After releasing two albums that went from a primitive and urgent garage rock to a more elaborated space rock, Pontiacs, came through with their new self-produced album, “Atacama Dreaming”. Nine songs about the nature through its different dimensions, based on reverberant and repetitive melodies of space rock, dream pop, and neo-psychedelia that give form to the most detailed and polished release of the band, which has not been officially released until now. Seven years later, Green Cookies Record presents it to the public in LP format, doing justice to a work that deserved more recognition than it had originally received”…

“Atacama Dreaming” consists of 9 original compositions, taking off with “Constellations”, a dream-a-like Space Pop-A-Delic tune with a remarkable phased fuzzy neo-psych scenery. “Desert Sun” is a slower number, with lots of melodic fuzzy feedback, spacey effected with a cool ‘bubbling sound’, clearly inspired by bands like Spacemen 3. The next one, “Voices” also moves into a slow colorful pattern with reverberate guitar layers and a post-rock ala shoegaze attitude. “Copper Hills (Atacama Dreaming)” is evidence of what can happen if Iggy departs from The Psychedelic Stooges and enters The Brian Johnstown Massacre, the band builds a massive powerful fuzzy wall of sound that is completely destroyed at the end… “Jupiter Beach” is a super cool song that it could easily fit inside Spiritualized 1997’s LP “Ladies And Gentlemen We Are Floating In Space”!!! “Patagonia” is a distorted-psych straight rocker with really interesting instrumentation. “After The Rainbow” is a balladesque kind of acoustic song, a haunted dark Bluesy tune with a killer cold n’ eerie harmonica sound. My personal highlight is “Bulgaria”, pounding drums reminding a hellish intoxicated intro version of “Tomorrow Never Knows”, powerful chords, strong lyrics, sharp keys, and a mind-blowing Heady-Psyche middle section with lots of effects, blistering spacey sounds, I may call it a ‘tour-de-force’ of the album! Eventually, the album closes with “Outro”, a slow acoustic number with a repetitive melody that superficially blends with waves, real sea-waves, and automatically my mind projects images from Atacama desert… A Desert that touches the Sea… So, nice, and serene, and psychedelically trippy… So, what you have here is a firsthand opportunity to grab a vinyl copy of this Chilean band and widen your horizons, give it a try you won’t be disappointed… TimeLord Michalis