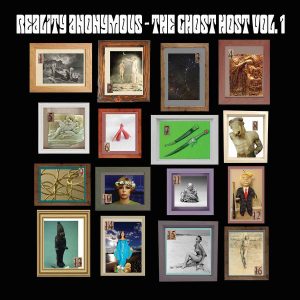 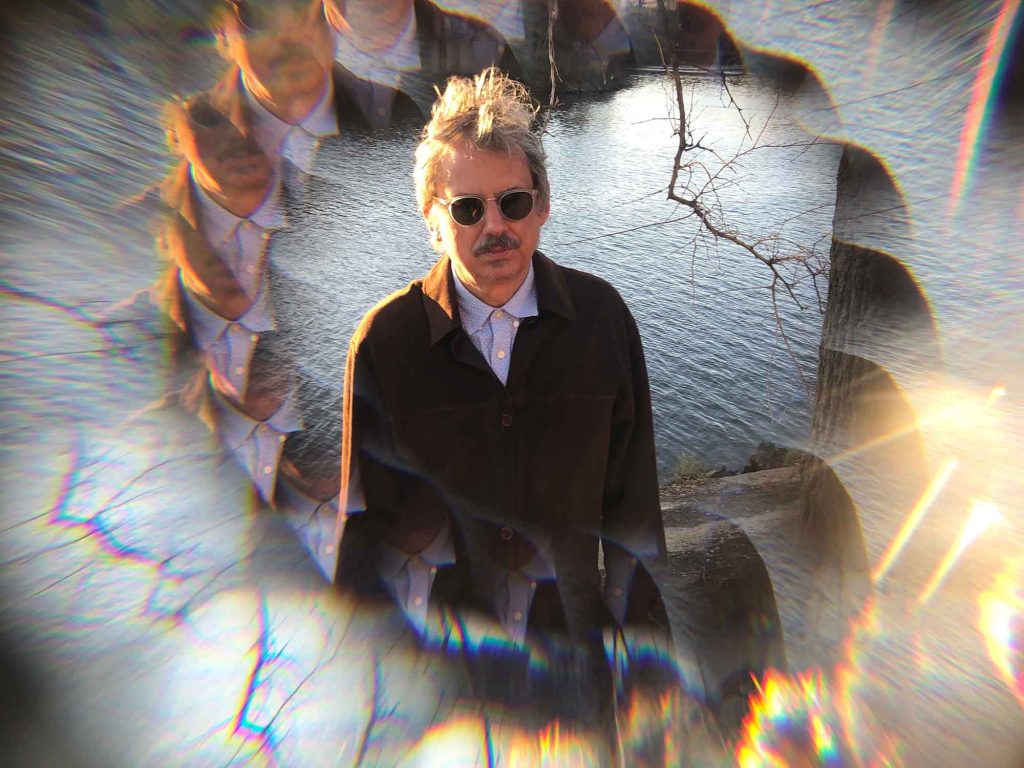 Reality Anonymous is the new project of musician/screenwriter/actor Lyn Vaus. I happen to know Lyn since myspace days, we came in contact and he sent me his debut album “The Floating Celebration” (LP/CD, Night World Records, 2009) for review (TimeMaZine #6, Autumn 2011). Of course, we kept in contact all these years and finally, I’m so glad that Lyn has a new album out because I did put (slightly) my finger on it, “Thanks Lyn for letting me help…”.  Anyhow, Reality Anonymous consists of Lyn Vaus (songwriter, vocalist, guitarist), Philip Stevenson (bassist, multi-instrumentalist, producer), and Blase Settecase (drummer, percussionist). The recordings of “The Ghost Host Vol.1” feature guest appearances by Rob Myers (Thievery Corporation), Alex Rowney aka Magic Alexx (Soft Candy), Kenthany Redmond (Kenthany Redmond’s Infrared Quintet), and Beau Barry (Beau Barry Trio). The fantastic artwork of the double album was done by the Master of the LP records designer, Mr. Dale Simpson! By the title of the album I’m guessing that there’s going to be a Vol.2 sooner or later, but let’s take a closer look/listen to the 16 songs that make up “The Ghost Host Vol.1”. The album takes off with “Penny”, an electric ballad, painted with Lyn’s familiar style that was all over in the previous album, melancholic Psych vibes under a rather strangely distorted musical background but in a sophisticated mellow way! Such, great interesting soundscapes, we’re going to meet on almost all the songs! Brilliant! “I Love Her Everywhere” is a Psych-Pop tune with an adventurous orchestration while “a lot” is happening in the background… “Fry Guy” tells the story of a skeleton child, interesting lyrics that are dressed with a unique musical landscape, a little dark, a little dreamy, becoming psychotically spectacular, emerging an intense 80s feeling! It’s really difficult to focus simultaneously on the music and the lyrics, that’s why this album needs many hearings, for example, the next one “New Fire” has lyrics like “… baptize the mighty Viking…” while the music is dark, is Psych, and has some intriguing electric guitar sound! “Bathhouse Frieze” is a super-cool 2:30 min song, the flute adds something psychedelically trippy and the whole song acts as a weird neo-flower-power composition! Wow! Some Psych-Pop greatness is presented on “Dot”, dressed with some of the most complicated dreamy darkish music! “Page Boy & The Dead Letter” indicates a foggy 80s psychedelic atmosphere, possibly referring to Paisley underground while the vocals remind me of that unique atmosphere that John had in his mind when Dalai Lama was chanting on top of the hill with a thousand monks below… Turn off your mind, relax and float downstream… The rhythmic pop-psych “Out Of Nowhere” follows, showing an excellent use of ‘a psychedelic guitar’ sound. “Lyric Bride” is the song that I did help a little, with the intro… The intro is in Greek language and it’s a passage from a speech from the late 60s (the excerpt is fully buried under radio static, and I’d rather reveal nothing else, for now…), anyhow, this is another cool Psych song that deals with the myth of Orpheus, capable enough to touch many sensitive chords of the Soul with that astonishing dreamy-like guitar work! “Jumbo’s Lounge ‘86” is a psychedelic ballad, rather dark, musically-torturing the listener with the creepy psych-scape! One of the strongest moments in here for sure… Also, one of the strongest moments is the hypnotically trippy “Neti Neti (I Lost My Context Lens)”, a heady ‘stoned’ balladesque tune with a discreet sitar sounding, the combination of the Middle Eastern air along with the backward effects can really blow you away! “Orange Explosion” is a song that at least to my ears, flirts with mid 80s REM’s sound while “Corn Mummies” is one of those songs that can stick inside your brain for a long time, cool psych-pop perfection! Next comes my personal highlight of the album, “Yemamja”, a psychedelically trippy ballad that takes us “outside the liquid window”, heady and mind-blending! The happy (obviously) “Happy Moments” follows, poppy, rhythmic with a remarkable (for once more) guitar melody and some cool 80s synth-atmos! The album closes with the melancholic pop-psych “The Rest In Peace”… I really enjoyed the whole trip through the 16 songs. I’m going to do it again, and again, and again… Almost forgot, you are strongly advised while listening to each song to check the corresponding pictures on the front cover! Well, it seems that Lyn has a superb talent for making little handcrafted elegant beautiful art-songs and I’m longing the day for the release of the second series of songs of The Ghost Host… Reality is no more Anonymous… TimeLord Michalis 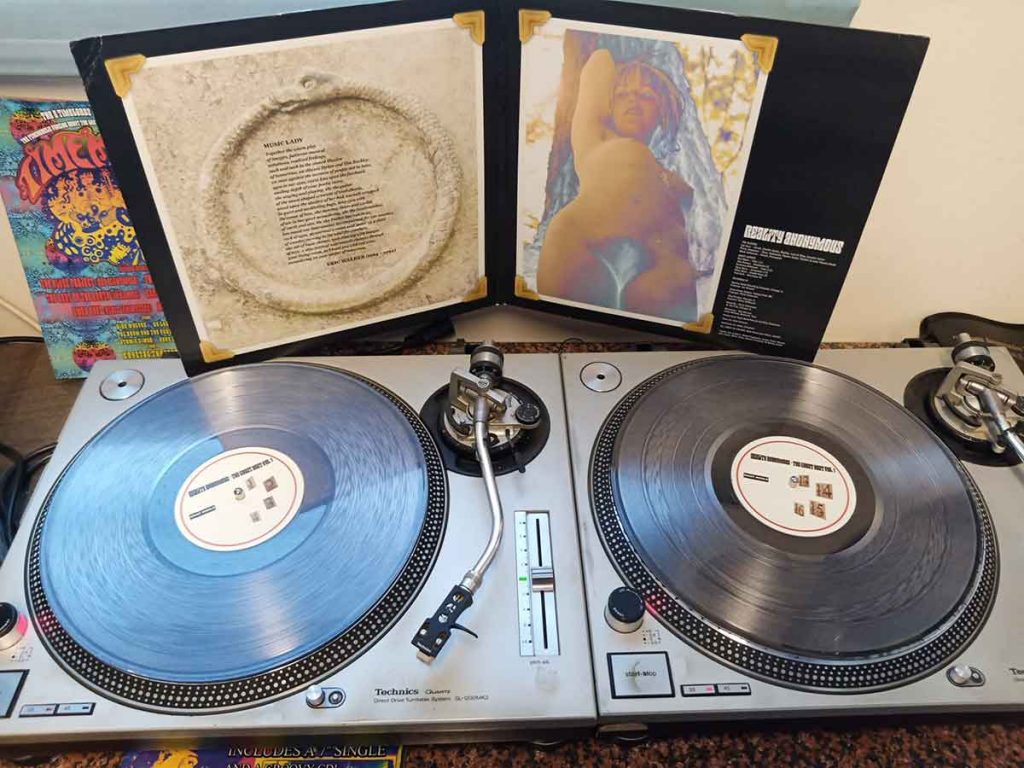 *Picture was taken from my personal archive (during my Radio-Show, getting to air Reality Anonymous