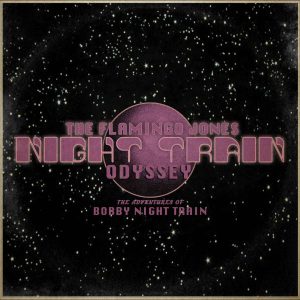 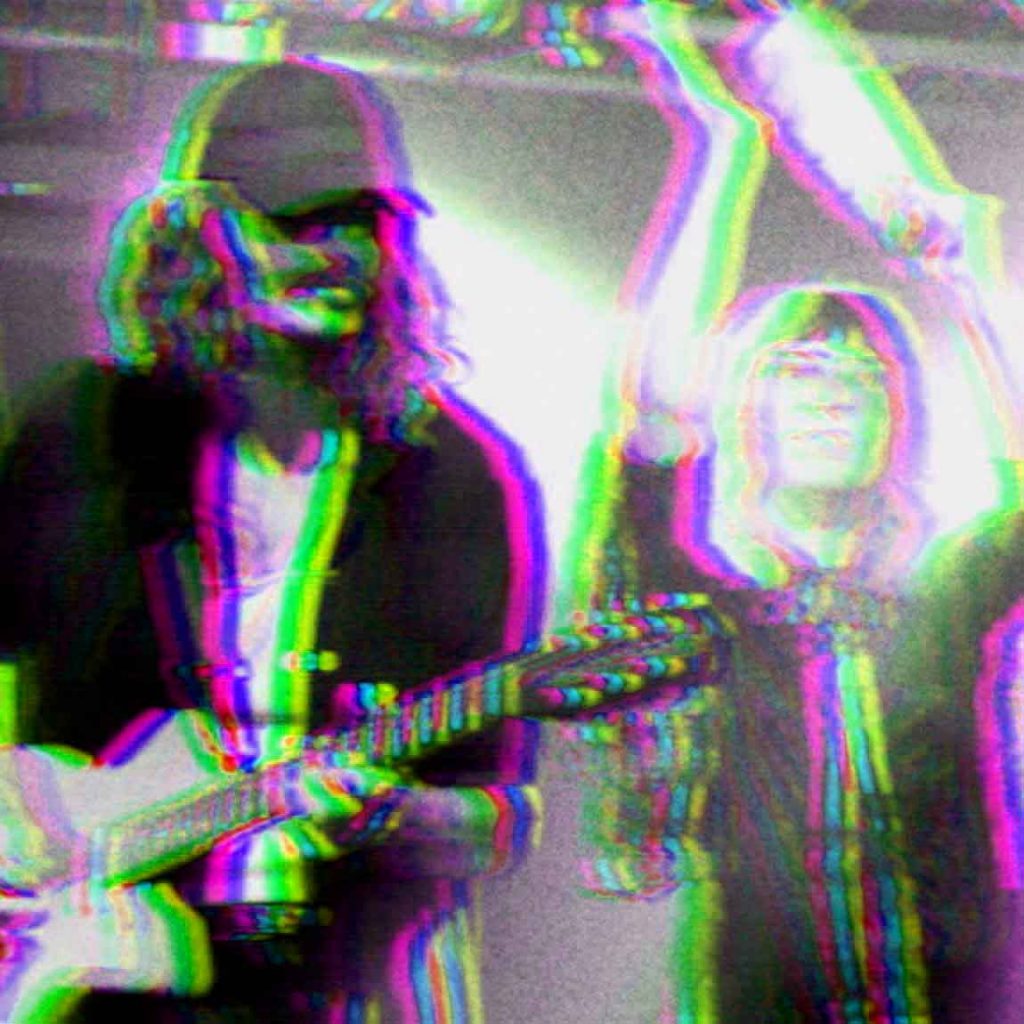 It seems that we’re not even the closest to what is happening in the Underground Down Under states of Australia! Exciting bands are emerging all the time and sometimes if we’re lucky enough, these bands are getting noticed. OK, the Internet is a fantastic informative ‘Tool’ but there’s always the possibility that a band out of the thousands, could slip away… And then, all of a sudden, the Universe conspires, becoming your ally… Anyhow, one of these bands (new-to-me) is The Flamingo Jones, based in Brisbane, in the southeast corner of Queensland, Australia. The force behind the group is the multi-talented Mr. Johnny Mort. “Night Train Odyssey: The Adventures Of Bobby Night Train” is their 5th album and consists of recordings (forgotten songs as the band recalls) undertaken between 2017-2018. It is a concept album, a psychedelic journey, telling the story of Bob, who rides the Night Train for a thousand years on his quest to reach a distant star. The album is a limited-run edition released through Third Eye Stimuli Records, an Australian independent record label that in the recent past has brought to us releases by The Grease Arrestor, Sunfruits, and The Jim Mitchells among others… Label’s press release reads:

“’NIGHT TRAIN ODYSSEY: The Adventures Of Bobby Night Train’, the fifth studio release from Brisbane-based outfit The Flamingo Jones, marks in many ways the end of an era for the band. Its launch marks the second and final full-length LP from the band’s ‘forgotten songs’ – recordings undertaken between 2017-2018, before a major lineup reshuffle and a new quest for a new sound.
The album comes as a follow-up to ‘The 5th Floor Of The Tree’, which Third Eye Stimuli had the pleasure of sharing in April 2020 as part of their Isolation Series. ‘Night Train Odyssey’ shares a similar atmosphere of hypnotic grooves and psychedelic riffs but with the addition of spacey synthesizer layers. It’s another killer release from the band and a must-have in your psych rock collection.
These releases are a homage to this time, and after some revisions and changes by the Jones’ lead wrangler, Johnny Mort, the songs are now ready to be heard.
The decision to release it also comes as a result of the band’s eagerness to release everything from the past, so as to be able to push forward into fresher studio releases that reflect the more contemporary sounds of the live shows”…
All songs written, directed, produced by Johnny Mort and performed by Allie Wu Lin (Drums), Chrissy Business (Bass), Ronnie Supreme (Organ), JB Paterson (Organ), Pearl Bean (Tambourine), and Johnny Mort (Guitar, Vox, Bass, Organ, Synth).
The album consists of 6 compositions/songs and each one of the tracks “contains” the word “Train” in the title… It kicks off with “Clock Train I”, after a long Proggy intro, the track slowly and progressively dives into the glorious mid-70s Prog scene of the UK, blinking an eye to Germany’s Tangerine Dream. This is a MAGNIFICENT instrumental piece of electronic Spacey Prog-Rock, quite adventurous, electronically trippy, reminding me the atmosphere of “The Friends Of Mr. Cairo” but also this piece of art could be an alternative theme of Stranger Things!!! It feels like you’re in a Space-Train, the clock is ticking, the train is moving… “Clock Train II” starts… A rhythmic tune with a laid-back guitar melody and trippy vocals, entering deeper into the classic 70s Space-Prog… Under a haunted beat, “Clock Train Boogie” follows… A trippy organ, a psychedelically daemonic space-guitar riff, resulting in a hallucinogenic Mind Journey into the depths of Psyche… With “Bob Train”, the train enters a tunnel, a long and dark tunnel, going underground, psychedelically spacey music trying to discover labyrinthine corridors of the Mind… Mr. Conductor tell us where are we going… “Echo Train” tries a huge dive, deeper into the darkness, under a trippy psychedelic slow n’ spacey soundscape with tons of LSD spread in the atmosphere, literally, a mind-blowing scenery, the ideal soundtrack for an out-of-body experience… Yes, that Trippy!!! The last track is called “Night Train”, the bass is building a steady powerful musical environment while the drums are keeping the beat steady and Psych, the guitar flourish the whole place with tons of Acid and with the combination of the radioactive affected vocals, this Midnight Express is slowly being transformed into a nightly Roller Coaster… And, there’s that “Lucifer Sam” riff that can cause serious brain damage, the Mind takes off, the Body floats, the Soul is flashing… And Bobby opened the gate… By now, Bobby is a resident of another dimension… ONE OF THE BEST ALBUMS of 2021, yet to be Discovered! So, All Aboard, The Night Train! TimeLord Michalis 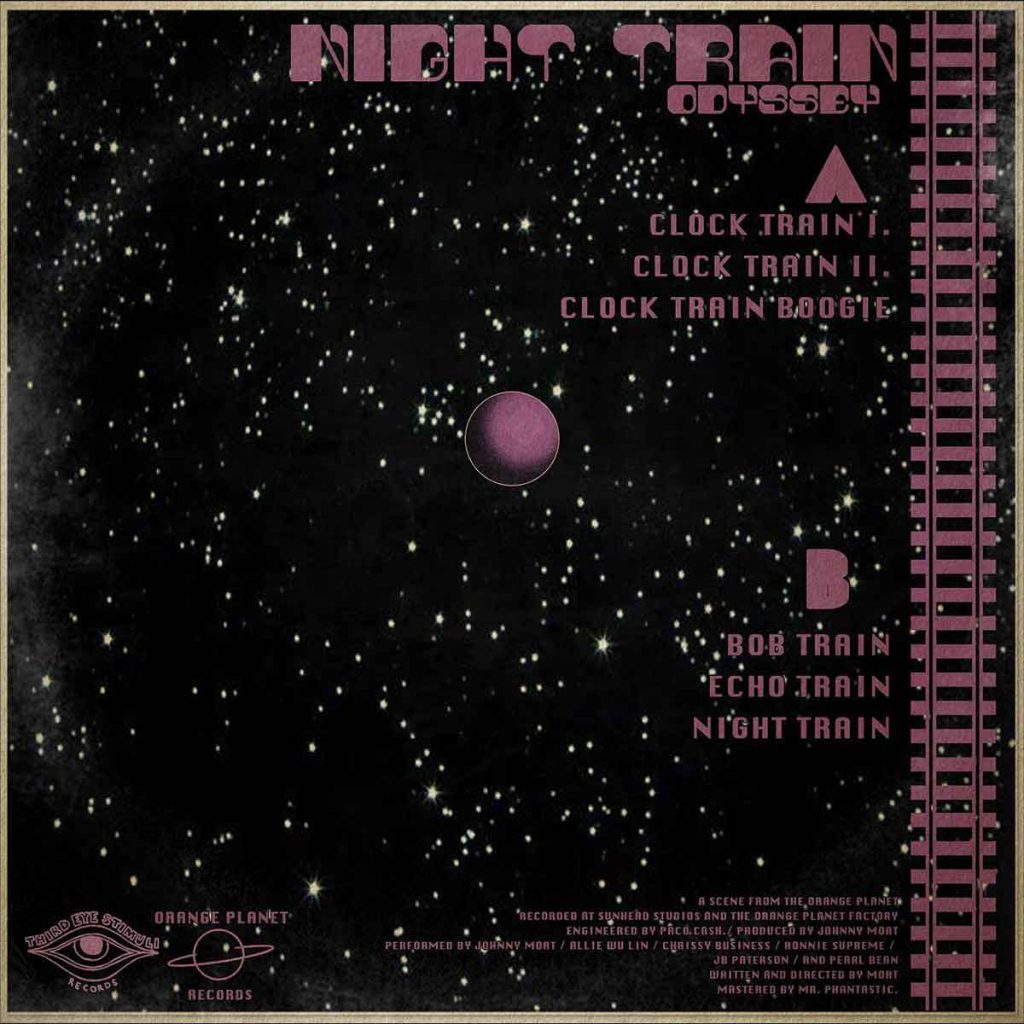