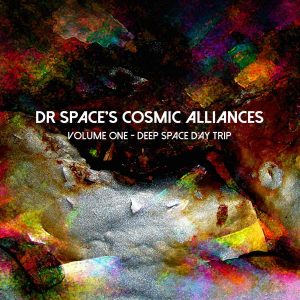 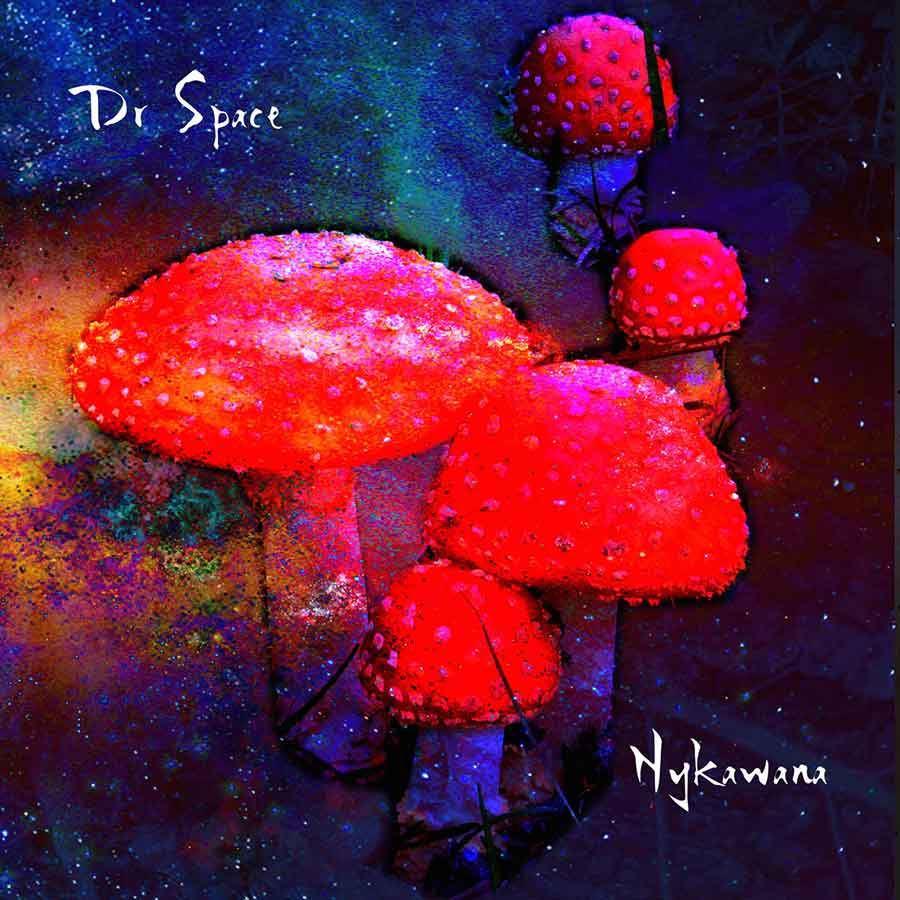 This is the second out of two Special CD releases by Dr. Space to raising money for his music studio in Portugal.

“This compilation CD was specifically produced to help fund my studio on Indigogo. All tracks are unreleased studio or live recordings by bands that I have played with live or done some recordings with, in the past. All tracks remastered in 2020 for this compilation by Dr. Space and approved by the bands. Thanks to all the great bands… Agusa, Automaton, Bismut, Johan Dahlström, Måneskjold, Phased, West, Space and Love, White HIlls, Yuri Gagarin. This is a CD-only release. No digital release, except one track, Agusa. Enjoy”…

Here’s some info about each participant band/recording:

AGUSA – Uti Vår Hage When the great Swedish band, Agusa first started out, they would invite me to play live with them to add another spacey element. When they were working on the first album I recorded some synths on the demos but this was never released. Here is one of the tracks recorded in 2013.
(agusaband.bandcamp.com)

AUTOMATON – Trapped Under Ice Automaton is a psychedelic doom band from Athens that I became friends with 5 years ago. I recorded some synths for 3 tracks on their first EP. Their last masterpiece, Talos, I recorded synths for Trapped under Ice but this was never used so you can hear it now for the first time!!
(automatonathens.bandcamp.com)

BISMUT – Storborg Bismut is a great Dutch band that I became friends with when we toured together in Oct 2019 with Black Moon Circle. At two of the shows, I joined the band for a jam on a new song they were working on. This is one of the versions from the Little Devil in Tilburg!!
(bismut.bandcamp.com)

JOHAN AND SCOTT – Rebirth Of The Earth For many years my good friend Johan and I got together every Feb during the winter break and mixed music, listened to music, and sometimes make music. This is a track we made 10 years ago and never published. I wrote the lyrics and Johan did the vocals, drums, bass, and guitar. I added synth. Enjoy…

MÅNESKJOLD – Skov In November 2016, I mixed the first Måneskjold record as well as contributed synths to about half the tracks. The band never used this version but here is one of the tracks that I played on and mixed. Enjoy.
(maneskjold.bandcamp.com)

PHASED – Maelstorm Phased was a great Swiss band with their own unique heavy rock, psychedelia with some doom as well. I have been friends with Chris for years and contributed some cool synths to some demos and here is one of the tracks.
(phased.bandcamp.com)

WEST SPACE AND LOVE – Oscar Curry West Space and Love was a project that began in 2009 on a weekend in my apartment. We recorded double the number of tracks compared to what was released on our first album in 2010 and here is a rare outtake that was not on the album!
(oresundspacecollective.bandcamp.com/album/west-space-and-love)

WHITE HILLS – Robot Stomp White Hills, are super nice people and I was so honored to be able to play live with them 3 times. One of the shows (2013), where I played the entire show was multitrack recorded and mixed by me. Enjoy the Robot Stomp! This is dedicated to their old drummer Rodney (RIP).
(whitehills.bandcamp.com)

YURI GAGARIN – At The Center Of The Universe This amazing space rock band from Sweden has made me an honorary member! I have played with the band 4 times live and am invited to play anytime our paths cross!! This is a track live from Kildemose Festival 2015. Enjoy a blast into deep space!!!
(yurigagarinswe.bandcamp.com)

The music throughout the 9 tracks is improvised, experimental, heavy and most of the times is getting extremely heavy (at least for my taste, hehe…) My two personal favorites here is “Uti Vår Hage” by Agusa, a Fantastic Superb Mind-Blowing TRIP and “Robot Stomp” by White Hills, a trippy unbelievable sequencer-ized environment, so spacey, so earthly, so futuristic, acoustic and electronic sounds are perfectly matching together giving me the feeling that Demogorgon is coming to grab me… TimeLord Michalis