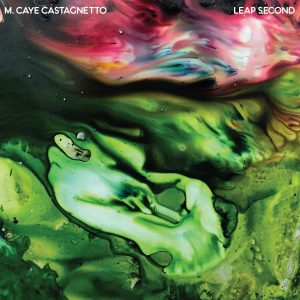 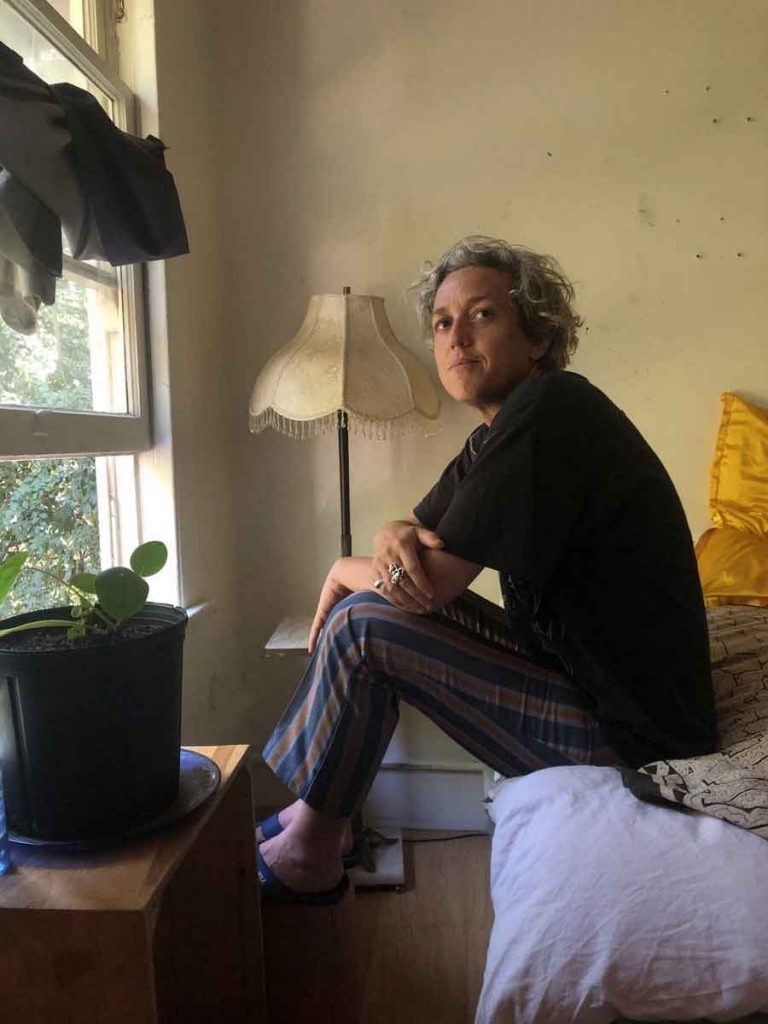 One of the best things that the Bandcamp application can offer, if not being a musician, is the countless opportunities to check upon extremely interesting artists, bands from around the globe, that otherwise would be impossible to reach! So, I’m praising Bandcamp for bringing to my “doorstep” this guy, called M. Caye Castagnetto! (of course, my friend Dylan became the link…)

“Influenced by a life split between Lima, London, and Twentynine Palms, Peru-born Caye Castagnetto’s Leap Second is an intriguingly personal and hard to classify debut album. The album is a thick collage of samples Caye recorded with different artists and musicians, including Beatrice Dillon and the late Aileen Bryant, that spans 5 years in the making. There is something in Leap Second that tracks the speed of bodies, how they approach and retreat. The 10 tracks are speedy and languid, thick ruffles, and dirges. In parts, it feels like you’ve stumbled upon a forgotten incredible 70’s folk record but that feeling gets broken quickly by clever sleights of hand. Caye’s balladry is angular, time is elastic. Each song is a fresh cape. How dandies really mean it, so masc that it’s fay, how the only moment is this one and it’s just passed, etcetera”…

“Leap Second” is an album that is very hard to categorize, under a musical style or genre, this is not bad, and I think that it adds a mystery to the whole listening process… It kicks off with “I Invented Disco”, under a weird kind of musical background (of course nothing to do with Disco music) with a dominant experimental (kind of) Latin trumpet sound, an eerie form of Psych atmosphere with backward sounds and stuff, an amazing tune that only arises your curiosity about the next tracks… “Stopping You” has a let-loose acoustic soundscape, acting like a drunken sing-a-long party-tune after an exhausting rehearsal, twisted blurry vocals while the atmosphere keeps becoming Psychedelically trippy second after second… The band on “Slippery Snakes”, manages in just 2 minutes and 16 seconds to create/present a distortically Mind-Blending Psych background that gets weirder and weirder. This is Psychedelia from the next century, maybe… “Mi Mentira” shows a mystical hazy scenery, a violin sound with a haunted repeated melody, some electronic effects, and you have a cool mesmerizing incredible creepy-like Psych atmos! “All Points North” is structurally closer to a “normal” song, with female vocals, a slow drum beat under a strange dark hallucinogenic and full of melancholy New Orleans funeral atmosphere that causes giddiness, blackout… This is Dark Psych! The New Orleans mysterious musical atmosphere continues on “Amor Cabra”, a Voodoo Priestess starts the ceremony, or is it a ritual? Psych fumes are over floating the air… The darkness covers the next one too, “Hands On The Business” indicates a psychedelically moody foggy atmos, dream-a-like LSDish, a TRIP indeed… “Until” is a kind of a Psych liturgy, strangely beautiful! “Street Trees, Evening Green” starts in a kind of reciting lyrics with the landscape becoming adventurously psychotic emerging a distorted cinematic feel… Eventually, the album, the journey, the adventure, the experience, closes with “Chase Water, Blue Moon”, dives deeper into weirdness, psychness, and darkness, it’s chaotically beauteous while suddenly the warm melody of the everlasting “Blue Moon” comes to overcome all the feelings, so magical, so naked, so raw and isolated version, I’m speechless… “Leap Second” is a beautiful collage of sounds, music, voices, noises, lyrics, experiences, it doesn’t sound like anything else but it has a strong Psychedelic impact, at least on me! Also, I would like to share with you this strange fantasy I had while listening… “Leap Second” could easily be an ideal soundtrack for a Netflix series like “Dark”!!! … “Leap Second” may took 5 years in the making but surely “Leap Second” is one of these “uncategorized” records that ONE in FIVE years been released! Destined to be Cult! TimeLord Michalis

Get the LP through SHINY BEAST Mail order

Get the LP through CASTLE FACE RECORDS