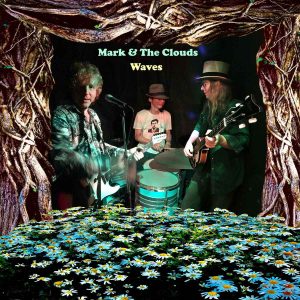 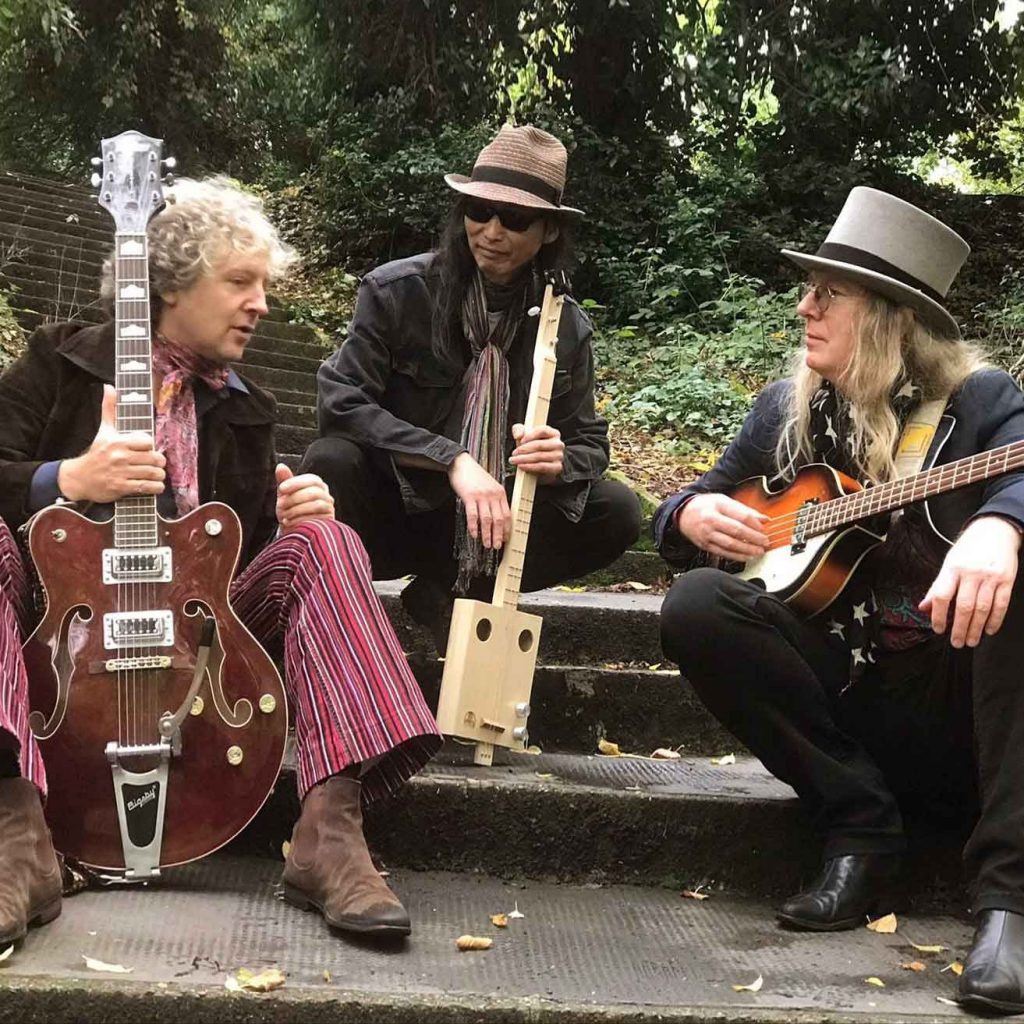 Mark & The Clouds is a London-based band fronted by singer/guitarist/songwriter Marco Magnani. They have 2 album releases so far, “Blue Skies Opening” (2014) and “Cumulus” (2016) both released through Mega Dodo Records. “Waves” is their 3rd album and let’s have a look at the press release:

“Since relocating from his native Bologna (where he played in cult Italian band Gli Avvoltoi) to London in the early ’90s, Marco Magnani has been a stalwart of the city’s underground scene where ’60s pop and folk meets psychedelic rock. His previous band Instant Flight worked for several years as the backing group of Arthur Brown as well as releasing a string of meticulously crafted and well-received albums themselves.
Now with Mark & The Clouds as his current lineup, Magnani continues to write produce, and release great psych-pop n roll records, with a list of bandmates and collaborators from the UK/Spanish/Italian psych music scene and centered around the three-piece nucleus of Marco on vocals and guitar plus John O’Sullivan (Instant Flight/The Snakes/Limozine) on bass, vocals and guitar, and Shin Okajima on drums (Shin and Marco formed The Smokers in 1994). Tracks feature guest brass players Tom and Joseph Hammond, keys from Rachel Kashi, and violin from Maya Kasparova, and was recorded and produced in London through 2020”…

“Waves” consists of 15 songs, from 3 to 5 minutes, in a total duration of 56:23min and it kicks off with “You & Me In Space”, a Pop-Psych rocker drenched with a tremendous amount of 60s West Coast Californian Sunshine! “Back In Time” is a cool Beatles-esque tune (Let It Be era) while “You Wanna Put Me Down” is another – 60s influenced of course – cool rocker. The extra melodic “Winter Song” follows… “All These Plans” flirts with late 60s Beach Boys and has a great orchestration while “Free Me Now” strictly follows the plan, 60s oriented Pop-Psych! “No One Makes A Sound” is a rocker that mixes popsike and freakbeat! “The Same Old Dream” is a cool Poppie with a great guitar melody while the self-titled “Waves” is a wonderful semi-acoustic reminiscent tune! “Promised Land” offers more Popsike sunshine while “Peace Not Religion” is simple proof of Marco’s ability/talent to make unique Poppie artifacts! “Miles & Miles Away” is a 60s-influenced popsike rocker and “Heavy Drops Of Rain” is simply a MAGICAL song, musically and lyrically! “In The Big Crowd” flirts with early 70s pub-rock, a song full of pre-Covid19 nostalgic days. The last one is called “Somebody Else” and it’s my personal highlight. An adventurous rhythmic tune with a let-loose Psych-Spaghetti-Western atmosphere (or something like that!) and it’s really amazing how the band can create such groovy colorful musical landscapes! “Waves” is a super cool album, that needs further investigation/listening. Let yourselves float with the magical sound Waves of Mark And The Clouds, after all, it’s too beautiful being in the Clouds… TimeLord Michalis

Listen / Buy through MARK AND THE CLOUDS Bandcamp

For more Info visit MARK AND THE CLOUDS Official Web