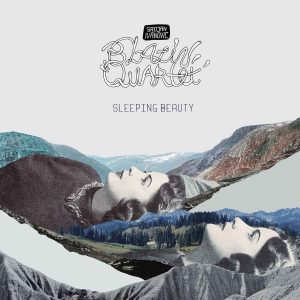 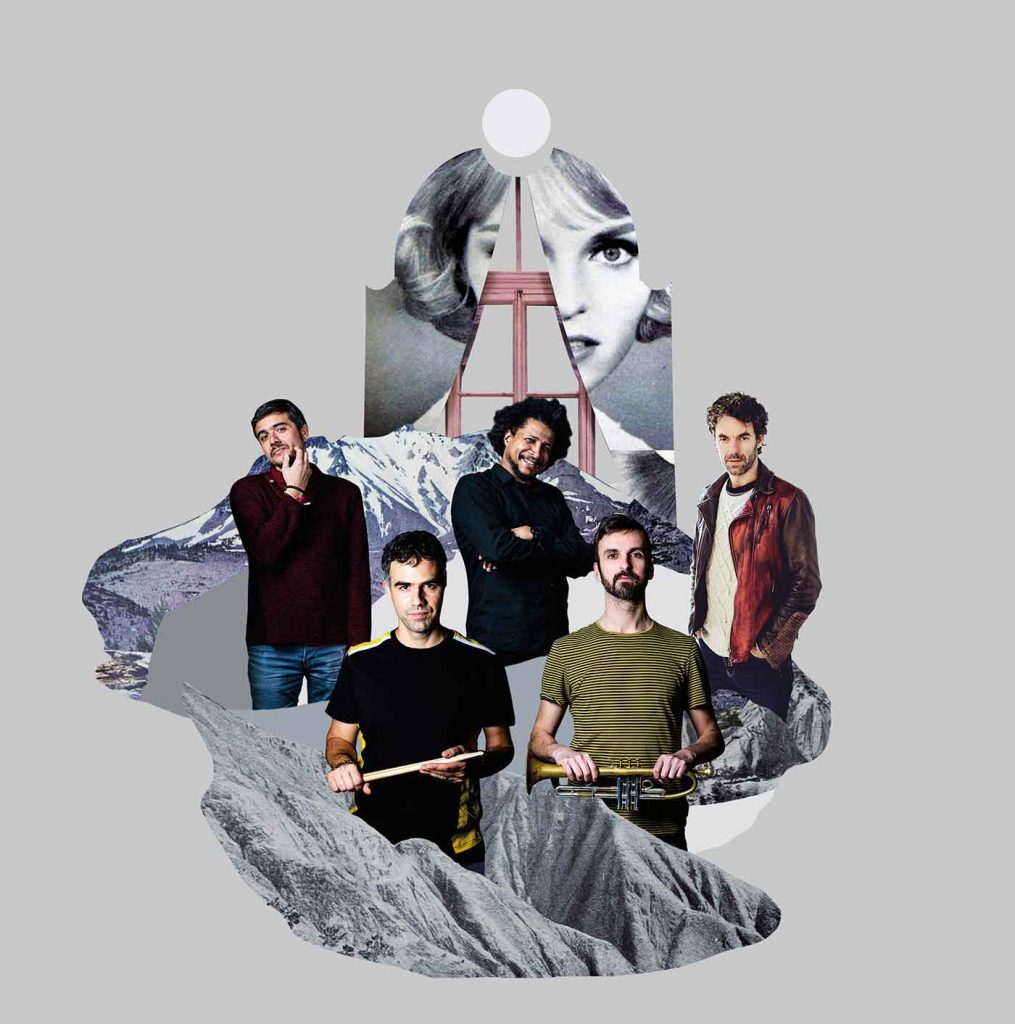 The International Blazin’ Quartet is a ‘five-member ensemble, led by Bosnian born and Paris, France, based drummer, composer, arranger, and educator Srdjan Ivanovic. Srdjan’s odyssey begins in Sarajevo, from which in 1992, fleeing the war at the time, he moved to Athens, Greece with his father, a classical guitarist, and composer. During and after his studies in Amsterdam, the Netherlands, he won numerous awards and competitions and was praised by the jury and press for the originality and organic feel of his playing and compositions. Since 2014 he has moved his base to Paris, France.

Let’s have a look at what Srdjan Ivanovic has to say about his latest album “Sleeping Beauty”:

My life has consisted of many moves, changing countries, neighborhoods, and apartments more often than I wanted to. I’ve come to realize that what has meant home for me is music, and in particular the music I hear in my head. This music is personal but if you wanted to categorize it I guess you would say that it’s rooted in the strong mix of the cultures of east and west of the Balkans and is expressed through Jazz, and Jazz for me means freedom and expression, that’s what I fell in love with, the freedom and expression that be-bop brought and that flourished into many different sounding music creations. Blazin’ Quartet has transformed over time in many ways, as the 3 previous albums and this

new one might tell you. After moving to Paris I wanted to reinvent the band, find musicians that would bring something new but yet stay true to the innovative, adventurous spirit of the music we previously made. The musicians were chosen to fit this music and the ideas I had but also the music was chosen to fit these great musicians. They are all masters of their instruments and very strong personalities and I wanted to give as much of that as possible, within my own musical vision. I also distilled my previous ideas about making an album and went for a photographic approach to music on tape – capturing a vibe, not looking for a perfect take. I was inspired by the idea of sleeping beauty, that only the awakened mind sees. To put it in another way – I never fully understood why a diamond is so much more valuable than the so many beautiful stones that you find on any beach. I was really happy that an unexpected trumpet solo by Andreas – later turned duo when I overdubbed the keyboards – was a track that I loved and kept. Or that an unplanned guitar solo, by Federico, would end up on the album. The title track, Sleeping Beauty was inspired by my wife Catherine. It’s not a typical decision to start an album with a ballad and to have a drum-trumpet free-jazz battle instead of a solo but I think that it actually makes sense. The birds in the intro and outro were recorded at our lockdown location, at dawn for the intro and at night for the outro. I was lucky enough to spend the lockdown in the countryside, near Sancerre in France, and more than ever before spend three months in isolation and close contact with nature. Finally – in the last years I have been listening so much to Ennio Morricone that I had to do something about that. I’m a big fan of melody – which I think is the king of music – and Ennio Morricone was a king of melody! The Man With the Harmonica is a very well-known tune of his and I think we managed to stay true to it, without changing much, and at the

same time transform it into something almost unrecognizable. So, although the music didn’t really change, the vibe is not anymore the vibe of the duel between Charles Bronson and Henry Fonda in ‘’Once Upon a Time in the West’’ but instead it’s ‘’ours’’, I guess something more on the Mediterranean side. The other tune ‘’A l’aube du cinquieme jour” is a tune that just with the melody takes you on a journey, proving my earlier point about melody. Again, we didn’t change much but gave it our own rendition that I think makes it very personal. I would mention illustrator Severine Scaglia who did the artwork, I admired her collages and I think that this cover illustrates closely this music, a collage of very simple elements that

through the illustrator’s vision awaken in the composition as a whole. The story of Princess Aurora, Maleficent and prince charming doesn’t seem related to the music of Blazin’ Quartet. My first thought about the title was to say that beauty ‘’sleeps’’ in everything but when I think again I would rather say that everything is beautiful but we are ‘’asleep’’ and don’t experience it. But, sometimes, somebody creates something that touches us, wakes us up, and for a moment we see everything shining in it’s true light. I hope this recording does that to you”…

So, “Sleeping Beauty” consists of 9 compositions, 7 originals, and 2 Ennio Morricone tunes. It starts with “Intro”, a 90sec introduction that sets the scene and the mood of the following tunes, serene, with lots of birds singing and a lovely romantic trumpet sound. The self-titled “Sleeping Beauty” is a cool ‘abstract’ Neo-Jazz tune that you may describe as a Free-Form composition. The first of 2 Morricone’s compositions is “The Man With The Harmonica”, an inspired, well-respected, and sentimental cover version showing great musicianship among band’s members. “Guchi” is a groovy and very folk-a-delic jazz-delicious organic tune drenched with Magic Malik’s wonderful flute sound. “Andreas” is a lovely trumpet interlude written by the Greek member of the band, Andreas Polyzogopoulos. Magik Malik lends his magical flute sound also on “Rue Des Balkans”, a delicate and sophisticated tune that you may call it, Balkan Jazz! What follows is the solo guitar of “Sleeping Beauty” while the next one is the 2nd Morricone tune that is been covered here, “À l’Aube Du Cinquième Jour (Gott Mit Uns)”, a beautiful piece of cool n’ relaxing Jazz… Eventually, the album closes the same way as it started, with “Outro”… So, if you like feeling a bit Jazzy at times, then this album would not disappoint you! A Sleeping Beauty, indeed! TimeLord Michalis