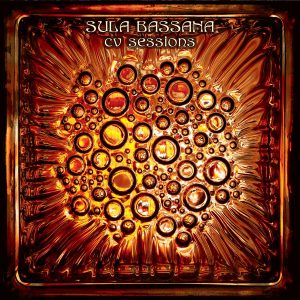 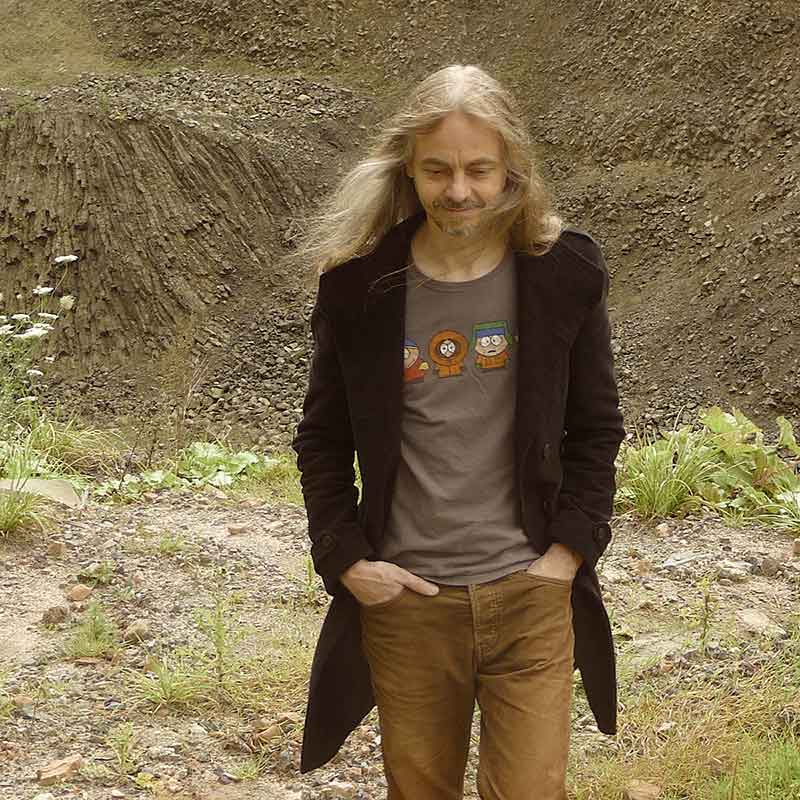 Yes, it seems that in these strange pandemic quarantine days we are living, good things may happen. You see, the forced isolation may prevent bands from working, playing together but also gives inspirational motive to some artists to work on solo projects and materialize some ideas that were somehow stuck inside their heads! Spacehead Dave Schmidt, aka Sula Bassana, returns with a personal album after 2017’s “The Ape Regards His Tail” and “Organ Accumulator”, let’s take a look at the press release:

“CV Sessions are a combination of the time of the Corona Virus and the equipment Sula used in these times, which is analog gear connected and modulated with CV cables (control voltage). Double meaning. Sula used a bunch of small analog synthesizers, drummachines, sequencers, a polyphonic synth, a string ensemble, a casio SK 1 & SK 60, Stylophone x1, guitars, a bass, Mellotron and whatever. Recorded simply and never spending much time on it. First track recorded late March 2020, others followed until December. All music composed, performed, recorded and mixed by Sula Bassana (Dave Schmidt) in his bedroom. Mastered by Eroc.
Cover design by Sula. CD comes in gatefold digisleeve, plus download code. Limited to 500! The track “What is Reality” (04:23) is missing on the CD to avoid a double CD production only for some minutes. But can be downloaded from Bandcamp with the code. Vinyl will be out in summer on Pancromatic Records, Norway. 2-LP on coloured 180 grams vinyl, limited to 400 copies”…

The album takes off with “A Nice Constellation of the Planets”, a track that finds Sula diving into the Deep Dark Unexplored SPACE by the very first second! Electronically flavored with trippy Sci-Fi effects resulting in a huge amount of Kozmique energy to overflood the entire universe! It’s tracks like this that make you understand why Sula is called “SpaceHead”… An astonishing Lysergic Mind-Expanding musical environment enters your existence, beaming you up to the… other side… Fuck! You can easily lose your head if listening with Headphones! “wtf?” has a creepy futuristic scenery created by Robotic Drum Machines, dark and trippy, quite experimental with an intense Krauty feeling. “Wollschweber” is a cool dark Teutonic Space-Oriented ballad, reminding me (for some unexplained reason) Art Of Noise’s “Moments In Love”, this is a Superior synthesis with a rather sentimental electric guitar sounding. The 20min long “Ruins of Civilisation” follows, an electronically synthesized tranquility slowly unfolds, creating a soft spacey ambient-like scenery, progressively becoming an improvisational Spacey-Kraut Capsule traveling to a distant Galaxy, 20 minutes of pure Space Magic! “Foggy Forest” starts like some kind of an acoustic Theme from a Spaghetti Western movie, it’s dark, it’s isolated, it’s trippy, it’s cold emerging a weird sentimental feeling, a distorted dark ballad! “Tick Attacks” with its eerie experimental ‘effected’ start, slowly transforms into a Hawkwind Space Interlude… Thankfully, I still remember what to do “in case of a Sonic Attack”… “Littly Birdy” it’s New Age Space music with a strong isolated and cinematic feel, cold n’ dark, exploring New Sounds, also trying to get to the… other side… “They Have Landed and They Come in Colours”, it’s Sci-Fi Space at its Best, an ideal soundtrack for “War Of The Worlds” that manages to transform into a Robotic Dance Anthem played by a DJ in a club in some faraway Intergalactic Station, a track that is getting adventurously weird towards its end. “Der Traurige Essigfisch” is experimental improvised Space Age music, becoming Ambient with a Jean- Michel Jarre cinematic feel. The LP Bonus track “What Is Reality” (that is missing from the CD) is an improvised Rocker with a dark torturous Heavy Space edge. So, “CV Sessions” is a fantastic album and is strongly recommended for all you Space Seekers out there, you know… Space is the Place, so what are you waiting for? TimeLord Michalis

Get it through SULATRON RECORDS