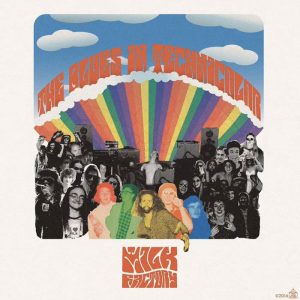 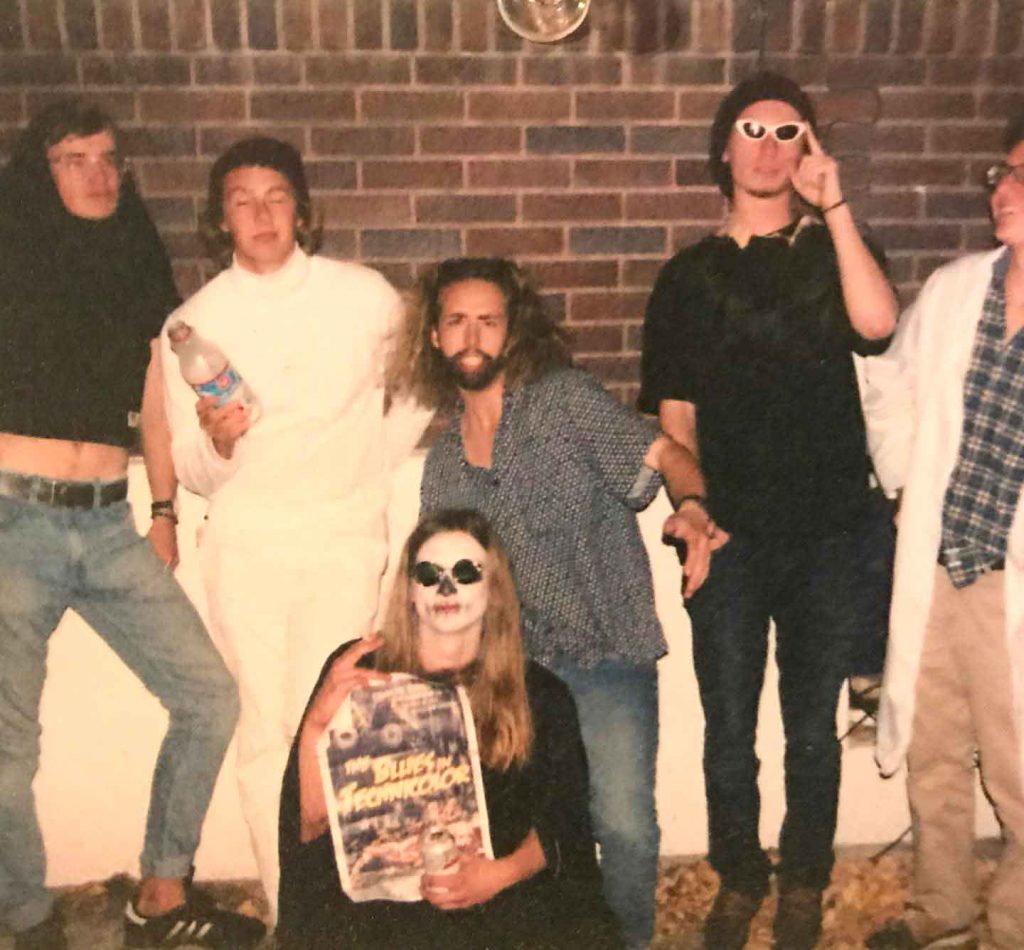 You, know the saying “Like a Thunder on a clear day”? Well, this happened to me when I first heard this self-released album on Bandcamp by a bunch of people/freaks hailing from Salt Lake City, Utah, The Blues In Technicolor. The only thing we know about them is a simple short paragraph on their Bandcamp: “All proceeds from this album will be donated to Project Underground Railroad to help fight child sex trafficking. All songs written by Ryder Kline, Wesley Wright, Ryley Templin, Fisher Huish, and West Huish. This album is dedicated to the loving memory of Cameron Hooyer, and all the employees of the Milk Factory”…

“Milk Factory” consists of 9 tracks. It takes off with a short full Sci-Fi effecter intro called “Enter The Milk Factory”, reminding or may I say warning the listener that by entering here is about to leave this world, this dimension, if you prefer… “Traffic Jam” is a laid-back cool n’ soft tune that transforms into a playful jazzy a la tropical Funk-a-Delicious groovy piece of magnificence, ending in the most dreamy-psychedelic way! “Dollocucillia” flirts with Pop-Psych, it shows a vibrant Funky attitude with a Bluesy tinge, becoming soft n’ mellow and pretty Sophisticated-Jazzy towards its end! “Brother” is a Jazzy tune with a let-loose Psych atmosphere becoming dream-a-delic getting weirder and trippier in a cool hallucinogenic way! “The 13th Hour Technicolor Dream” perfectly blends with the previous tune while the scenery becomes extremely Psychedelic with lots of effects and voice samples, really dreamy… “The Slime Pt.1” is a short Psych Heavy Jazz-a-delic tune that blends with the next one, the soft-jazzy “Viola Jane”, emerging an intense Psych-o-tronic feel… “The Slime Pt.2” (also mixed with the previous track) uses more Psych-a-Fuzzy guitars, making the whole tune acting like a heady exotic-jazz Psych anthem infused with sufficient doses of LSD, take this Trip… It’s All Too Beautiful… Eventually, the album comes to an end with “The New Way”, a Funky Groover, with lots of styles and attitudes changes, a jazzy funkadelicious tune with a guitar solo that follows its own ‘rules’, becoming reggae-ish, flirting with Dub, without losing not even for a second its Psych id! “Milk Factory” belongs to that specific category of albums that makes you wanna start running a label in order to release it on vinyl format, but except that, “Milk Factory” is a Fantastic Psych-related album! Enter, with no Fear! TimeLord Michalis

Listen / Buy through THE BLUES IN TECHNICOLOR Bandcamp