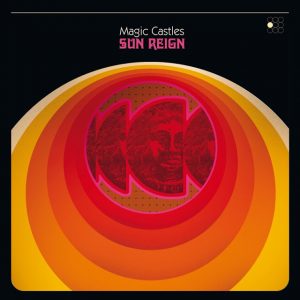 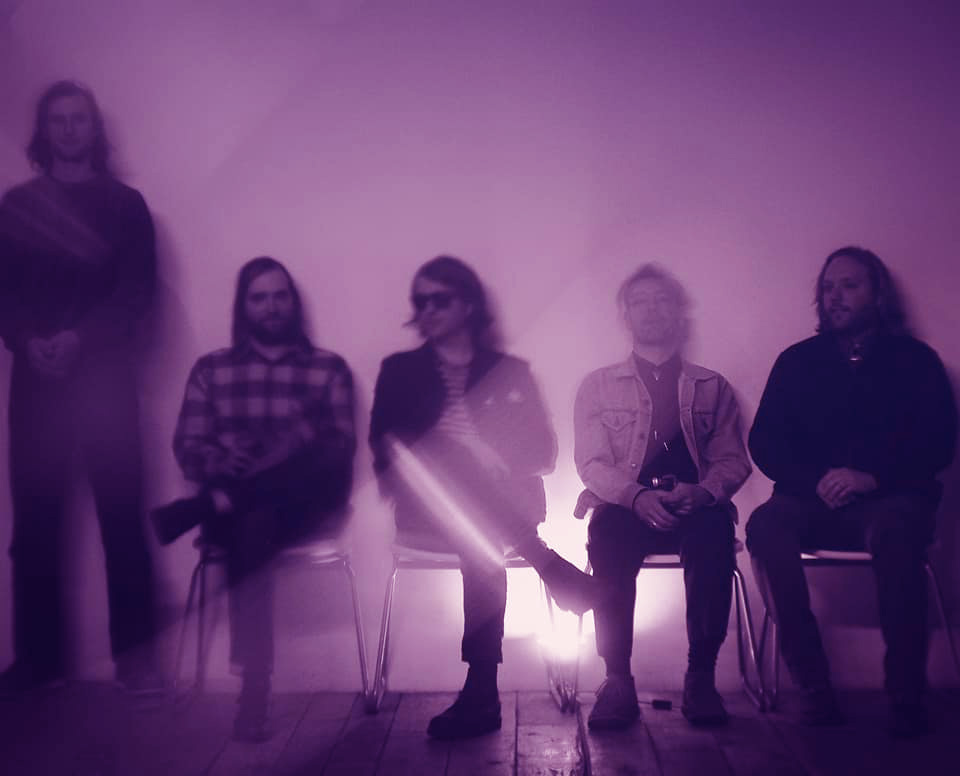 Magic Castles, hailing from Minneapolis, is the personal vehicle of songwriter multi-instrumentalist Jason Edmond. With various musicians coming and going, Jason is releasing albums since 2008 while from 2012 he found “shelter” on ‘A Records’, a label owned by Anton Newcombe of The Brian Jonestown Massacre! Let’s have a look at the informative text taken from Magic Castles’ Facebook:

“Minneapolis psych-rockers Magic Castles are back with a new LP, “Sun Reign”, (eta February 2021) making an exciting return after founder and songwriter Jason Edmonds’ suffered a near fatal car accident in November 2019.

The Magic Castles were created by Jason Edmonds in 2007 in Minneapolis, MN. They quickly released three albums in their first two years. After fans uploaded tracks onto YouTube in 2010, the music caught the attention of Anton Newcombe of The Brian Jonestown Massacre, who heard the Magic Castles’ song Ballad of the Golden Bird and signed the band to his indie imprint, “A” Recordings Ltd. In 2012, Anton’s imprint released a compilation of the first three early, out-of-print albums as a self-titled 2LP Magic Castles. They also supported BJM on a successful east coast US tour in 2012. Magic Castles toured the west coast and southwest in 2013, building up a cult following. In the spring of 2014, BJM released a “Record Store Day” split single with Magic Castles, who contributed two songs on the B-side, adding to the band’s mystique. In the fall of 2014, they released the album Sky Sounds, a fan favorite, and again toured the US, playing several festivals. In 2015, the band released their third album on A Recordings, “Starflower”. They successfully toured Europe and the UK, bookended by appearances in front of large audiences at 2015 Reverence Valada festival in Portugal, and a memorable performance at the 2015 Liverpool International Festival of Psychedelia.

Ironically similar to BJM, the Magic Castles have been plagued by lineup changes over the years. Due to this and other factors, in 2016, Edmonds, a single father, decided to take a short hiatus from regular live shows and touring, staying busy focusing on his small family. During that time, (2016-2019) Edmonds, an introverted multi-instrumentalist, continued to record new material in his studio, and also record with a new band at Neil Weir’s studio Blue Bell Knoll, in Minneapolis, Minnesota. The results of these various sessions are the current release, “Sun Reign”.

In November of 2019, tragedy struck and Edmonds was seriously injured in a car accident that required hospitalization and surgery. Friends started a Go Fund Me that raised over $20k USD for the uninsured musician’s hospital bills, showing an incredible outpouring of love and support for him and his family. Fortunately, Edmonds has made a complete recovery from his injuries and has bounced back remarkably well.

In early 2020, Edmonds managed to finish the remaining work on the album “Sun Reign”, including a previously unreleased song, “Surmise” penned by guitarist Jermiah Doering, and a rare cover of a moody 1966 garage rock song “Ode to the Wind” by Danny and the Counts. Edmonds also began working with a booking agency, planning a return tour to Europe with the band to support the new album. Unfortunately, it was not to be. Due to the global pandemic crisis of Covid-19, the album was delayed until 2021, and the promising tour was canceled. In May of 2020, Minneapolis police killed George Floyd two blocks from Edmonds’ home, which incited riots across the country. The protests led to the burning of Minneapolis, where a long time music venue and many other buildings were lost. Edmonds’ studio was not destroyed although many nearby buildings were. Edmonds is a known supporter of Black Lives Matter.

So, let us welcome the new year, while we can, and embrace the return of Magic Castles with their beautiful new album “Sun Reign”, a limited release on 180g gold vinyl, their fourth release on Anton Newcombe’s imprint, ‘A’ Recordings Ltd”…

So, “Sun Reign”, consists of 10 songs and after a couple of listens (of course, many more followed) I got the feeling that the first side is the PopPsych side and the second side is the Psychedelic Side. Let’s see what we have here… The album opener “Sunburst” has warm and beautiful vocals that are gently mixed with a sunny West Coast flavored melody, reminiscent of the late 60s LA Folk-Rock days… “Lost Dimension” is a slower number, melodic too, drenched into Popsike-ness while the late 60s West Coast feeling is intense here too. One of the best Moody Garage songs ever written is “Ode To The Wind”, released in 1966 by Danny And The Counts as the B side of the 7inch Single “You Need Love”. “Ode To The Wind” is presented here on a rather sentimental and respectful version that is a REMINDER of how important were for the ‘Scene’ ALL these 60s bands that recorded only one or two Singles back in the day and after they were lost into oblivion or/and obscurity! “Asuras” has a sunny and warm laid-back background that perfectly blends with the beautiful and echoed effected vocals. “World Of Time” is a much slower number that acts like a kind of a late-night ballad drenched into a strange melancholy and nostalgia, a magically beauteous relaxing tune to end Side ‘A’ the right way… Side ‘B’ starts with “Valley Of Nysa”, a huge deeper dive into the untroubled days of the Hallucinogenic 60s, as a colorful tasty melody slowly unfolds, extra doses of ‘Psych’ are escaping to the air, making this a mind-bending instrumental! “Magna Mater” is infused with some high-quality LSD, a lysergic and trippy mind-blending tune trying to become free and wild but only manages to dive deeply into the multicolored corridors of the great Psychedelic era of the past. “Surmise” is a cool Pop-Psyched tune while on the last 2, “Gates Of The Sun” and “Relax Your Mind” an incredibly psych atmosphere is been created while the music floats into a heady ocean of liquid hallucinogens… Really trippy… “Sun Reign” is a great album that can lead to a mind-expanding situation as long as you, listener, let yourself touched by the gently royal rays of Sun… I’m pretty sure that this is one of the albums that will keep me pretty busy at the end of the year… TimeLord Michalis

Get it through SHINY BEAST Mailorder