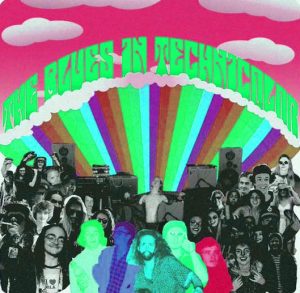 You, know the saying “Like a Thunder on a clear day”? Well, this happened to me when I first heard this self-released album on Bandcamp by a bunch of people/freaks hailing from Salt Lake City, Utah, The Blues In Technicolor. Of course, I did review their “Milk Factory” album (check review here) but as a ‘restless spirit’, I wanted to know further about this band that I found really interesting… One led to another, and here’s a ‘chat’ I had with the guitar player (one of the 2) of the band, Mr. West Huish… Enjoy… 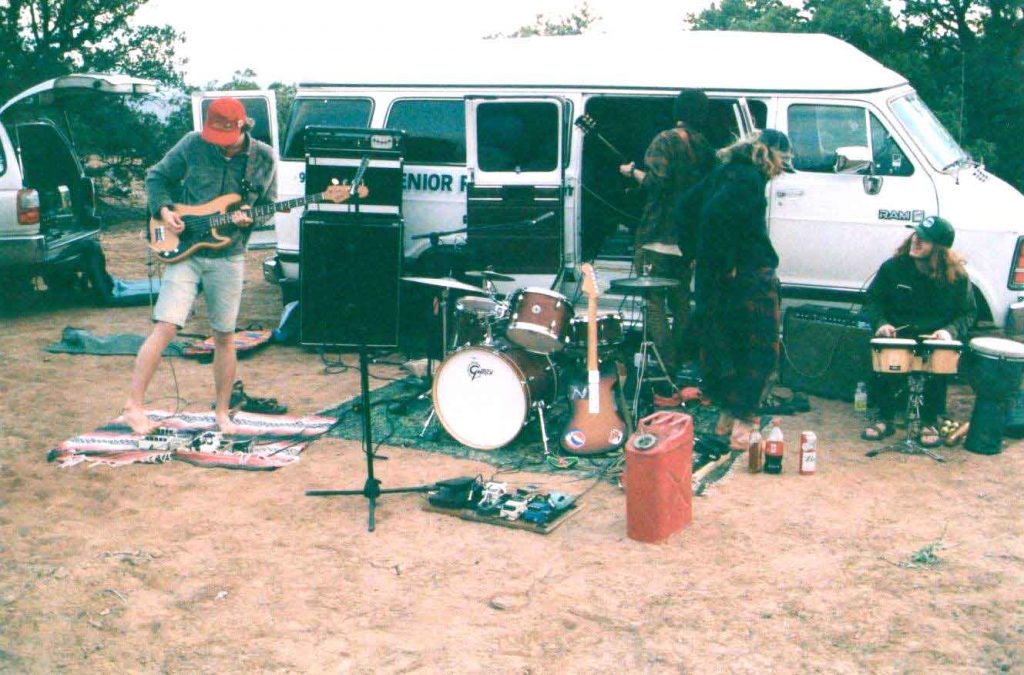 TimeLord Michalis: Where are you located and please introduce us, the band, and tell us how it all started with The Blues In Technicolor.

West Huish: It started in the dorms at the University of Utah, where I met Wesley and Ryder. After we moved out of the dorms around 2015 I started working on a recording project with my brother Fisher. At the same time, I had started jamming and writing some songs just for fun with Wesley, Ryder, and my best friend Ryley…
After playing together a while we were starting to get some songs together and getting pretty tight so we decided to start throwing parties at my house which would always end up with these extended jams and everyone getting a little crazy. After various experimenting and a lot of jamming the lineup ended up as such; Me (West Huish) and Ryder Kline on guitar, Wesley Wright on bass, Ryley Templin on percussion, and Fisher Huish, my brother, on drums. All of us end up singing a little bit on different tracks. Once we had this lineup the songs got a lot tighter and the jamming got more musical, and these parties we were throwing were turning more into real planned out shows.

TLM: Any previous band experience before The Blues In Technicolor?

WH: Me, Fisher, Ryley, and Ryder played in a band called Murphy Jackson, this band was mostly a vehicle for sweet stage antics and messing around. The music was rough but the shows were always fun and borderline performance art. The attitude of this band helped us learn to be loose and comfortable on stage as well as showing us the importance of stage presence which all ended up transferring over to The Blues in Technicolor.

TLM: How you pick up The Blues In Technicolor name? Does it mean something?

WH: A lot of the bands we were playing with at the time were playing blues-based rock n roll but what we were wanting to do was something a little bit more psychedelic and experimental so the way I think of it is sending blues through a Technicolor Kaleidoscopic filter; hence the name – The Blues in Technicolor, beat out the other options we were weighing, such as Music for My Bare Back Butt n Balls, The Monkey Trophy, and The Diddler’s Fiddle… 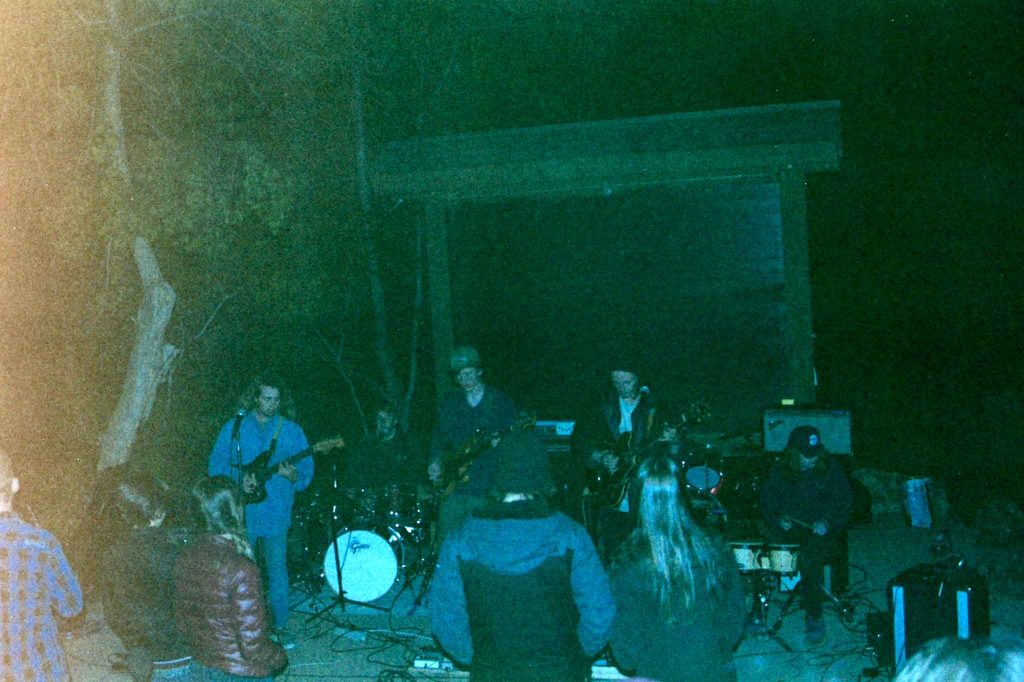 TLM: What are your influences, musically and lyrically?

WH: We all brought different influences to the table… I was always into Frank Zappa and jazz music. Ryley was super into My Morning Jacket and Smashing Pumpkins whereas Fisher and Wesley were listening to less rock-oriented stuff like Foxygen and Good Morning. And then Ryder was listening to Pat Metheny and jazzy stuff. All of us were definitely listening to a lot of Grateful Dead, Phish, Pink Floyd, and improvisational music in general so there was some common ground there.


TLM: Can you describe the music of The Blues In Technicolor?

WH: Honestly we think you did a better job describing us than we ever could. Funkadelicious (!!!)

TLM: Do you have any other releases prior to the “Milk Factory” album?

WH: Nothing other than a few lo-fi live recordings and demos put up on Youtube: https://www.youtube.com/watch?v=1afRWdNox50&ab_channel=Technicolor-StudiosTechnicolor-Studios
We’re about to strike back with a second album soon though.

…so I had the idea to finally release this album and donate any money it made to fight child sex trafficking.

TLM: Let’s talk about the album “Milk Factory”. Tell us everything we need to know…

WH: Well, conceptually, the album is a celebration of the scene we saw brewing at our shows and to make a little time capsule of what we were doing at the time. We were playing a lot of shows in this house, sometimes with multiple bands, so it started to become a musical hangout and coined the name, “The Milk Factory”.
As far as songs go, all of them were written in that same house, either pieced together from ideas we’d had individually or collectively from jamming. The entire album was recorded on an eight-track, quarter-inch tape machine. A lot of the strange sounds were the results of fucking the machine while absolutely loaded on Mississippi mud. The mix turned out pretty rough and we actually held off from releasing the album for a few years. The whole thing was recorded in four days in our homemade studio in 2018. Earlier this year mine and Fisher’s grandfather passed away and while attending his funeral I was inspired by all the charitable acts of kindness he performed in his life, so I had the idea to finally release this album and donate any money it made to fight child sex trafficking. 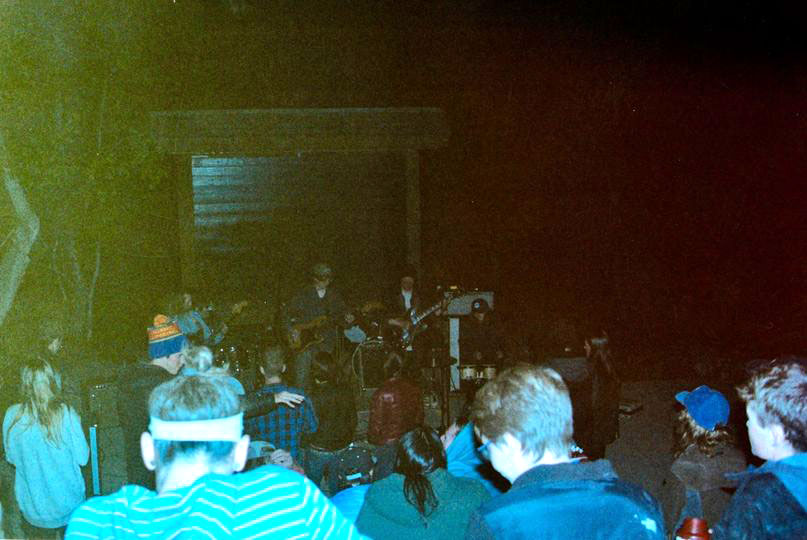 TLM: These are very strange times we are living. Covid19, a pandemic situation that the whole world is experiencing for the first time! How do you feel about that?

WH: Obviously it’s affected all of our personal lives, but we’ve been trying to make the best of it by using this time to practice our instruments and record new material.

TLM: Are there any other interesting bands we need to check that you like to mention from your area?

WH: Fisher and Wesley are playing in a band called Lapdog (lapdogband.com). There’s a lot of great artists in Salt Lake City such as The Medicine Company (album soon the be released with help from Fisher), JRad Cooley Band, The Heavy Rollers, Thieves Run Wild, ToeMan Jones, Fooley Cooley, The Juice Brothers, and probably a bunch more we’re missing.

TLM: Are there any plans for a vinyl release of “Milk Factory”?

WH: We’d love to do that but we don’t really have the resources to do that right now… Maybe in the future though…

WH: God Bless the Milk Factory, God bless Timelord Michalis, and keep an eye out for the next Blues in Technicolor album coming soon. 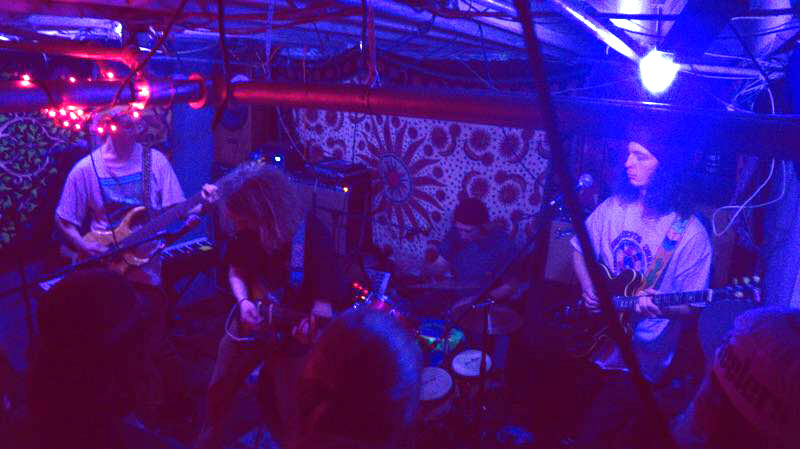