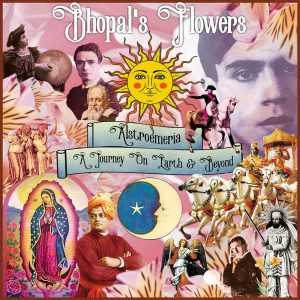 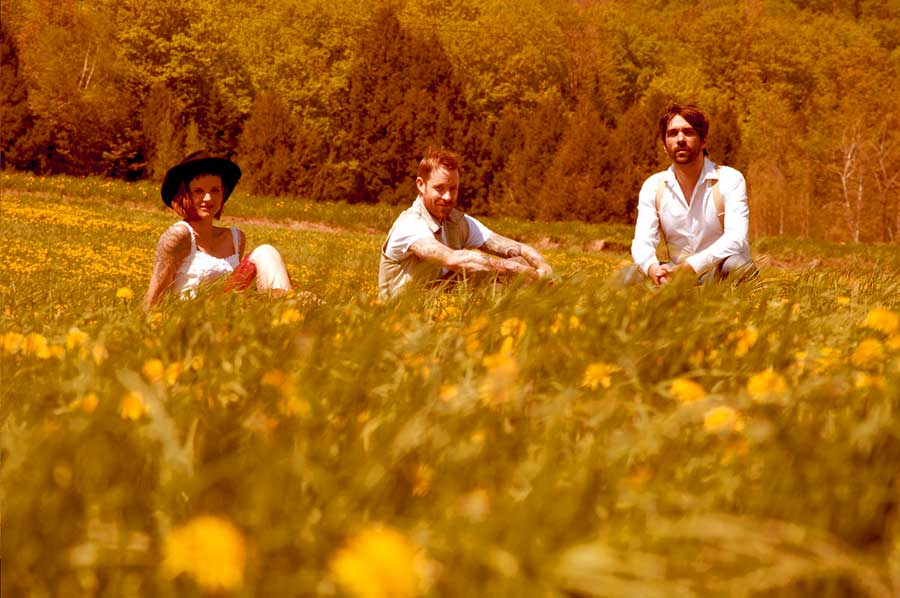 Bhopal’s Flowers is a Montreal (Canada) based pop-psych group and this is their 2nd album, following “Lovesongs And Psychedelic Tones” released in 2018 on CD format. Sugarbush Records states: “From Canada, Bhopal’s Flower fuse deep ’60s psychedelia with Indian sounds of sitar. Influenced by psych heavyweights such as Music Emporium, Reiign Ghost, The David, Common People this is one of the finest modern psychedelic albums you’ll hear”…
On band’s Bandcamp we can read some interesting information about this release: “Alstroemeria is a psychedelic & conceptual record, mapping a 24 hours cycle, in which each song of the is linked with a specific time of the day/night, slicing its journey in two distinct parts: a bright & vintage Sunshine Pop on Disc 1, facing a deep & modern Moonlight Pop on disc 2.
Exploring the deepest mysteries of life and drawing an esoteric vision of the soul’s materialization from upper skies to down below, Alstroemeria tales the cosmic and earthly adventures of the human soul, surrounded by numerous guides, divinities & historical characters: Galilee, the three Magi, Jesus Christ, Ettore Majorana, Archangel Uriel, Nikola Tesla, Angels Seraph & Metatron, Rudolf Steiner, Swami Vivekananda, Paul Dirac, Napoleon Bonaparte, Yahveh, Zarathustra, Virgin Mary, Adam, Christopher Columbus, St John the Evangelist, Charles Darwin, Lord Krishna…
Shades of 60’s psych/West coast bands with dreamy vocals, washes of 12-string guitars and sitar, ‘’Alstroemeria’’ sings the gospel life, from its very first sunrays to its late moonbeams.

“Alstroemeria – A Journey On Earth & Beyond” consists of 16 songs in a total clock-ticking of 72 minutes, divided into 4 sides of a double LP, described as Sunshine Pop (A & B Sides) – Moonlight Pop (C & D Sides). The album kicks off with “Enjoy Your Life On Earth [5 am]”, a song that is drenched with a lovely-reminiscing Sitar sound, a beautiful PopSike tune emerging an intense feeling of Euphoria while slowly it is transformed into a brilliant Raga-Rock-esque anthem! “Napoleon Candy Sweet [7 am]” shines in a pleasant groovy way with its poppy melody while “Hail To Her Sun! [9 am]” has an incredible psych atmosphere with a fantastic rhythmic beat, a Raga-ish Popsike catchy n’ addictive, bringing memories from early 90s Indie Brit bands such as Cornershop… “The Wedding Bells [11 am]” is a balladesque tune with lay-down atmos, warm vocals, and a sunny poppy melody. “When The Sinner Becomes A Saint (Then The Devil Bleeds) [1 pm]” is a powerful sunny Indie Pop tune coming from some other time while “1221 Jasmin Street [3 pm]” and “Cosmic Reflector [5 pm]” are brilliant examples of Raga-Pop with a nostalgic bittersweet feeling! “Mysteries Of Love [6 pm]” brings to light some West Coast 60s Californian Psych-Pop-a-delia! “Tomorrow’s Heroes [7 pm]”, “Love In Fall [9 pm]”, and “What About You [11 pm]” are over flooding the place with more 60s Pop Moonshine, making it a brighter one! “Midnight Girl [12 pm]” is a warm and sentimental ballad, very 80s sounding… “A Night At The Devachan [1 am]” is another excellent Pop-Psych-Raga-ish tune that becomes pompous and quite poetic towards its end! “Moon – Earth – Jupiter [2 am]” has an addictive Indie popsike sound while “Eastern Star [3 am]” is a cool tune with a tremendous atmosphere, Pop-Sitar-drenched music at its best! The album closes with “I Feel Free [4 am]”, a dreamy, let-loose, Raga-ish, PopSike, remarkable version, emerging a cool Psychedelic feel, the band manages to present one of the best covers ever on a Cream song! AMAZING! I couldn’t have requested a better ending! It only makes you wanna start spinning the ‘A’ side again, and again, and again… TimeLord Michalis

Get it through SUGARBUSH RECORDS Web