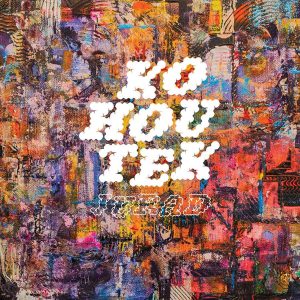 Taking their name from the Kohoutek comet, first seen near earth by a Czech astronomer in March of 1973, these DC-Philly-based improvisational cosmic jokers are making music and releasing records, CDs, and cassettes since 2006. Their latest adventure is called “Jurad” and it’s a collaboration of Cardinal Fuzz Records and Feeding Tube Records. “Jurad” is an improvisational Space Jam session that consists of just 3 tracks, side ‘A’ occupies the 24:26 min long “Tidal Disruption”. “Tidal Disruption” starts with eerie various sounds and noises, it’s quite experimental and improvisational under an avant-garde industrialized environment, slowly all these weird ‘elements’ are disappearing, the scenery becomes more ambient-like until the final transformation into a spacecraft fueled with Cosmic energy, traveling to some parallel universe, a Trip indeed! “Cosmic Grease” is improvised guitar-based Space-Rock, hypnotically distorted, hard-edged that acts like a burning comet dangerously entering Earth’s atmosphere, leaving behind huge amounts of feedback and distortion. The last track is called “Double Star”, it has a more let-loose spacey soundscape becoming drone-y and Krauty flirting with a cosmic Prog touch… This is also, cool! So, if you are into Space-Something, “Jurad” is a spontaneous Space-Rock-related Trip to a faraway galaxy that will not disappoint you. It’s always fun riding a comet! TimeLord Michalis

Get it from Feeding Tube Records Web