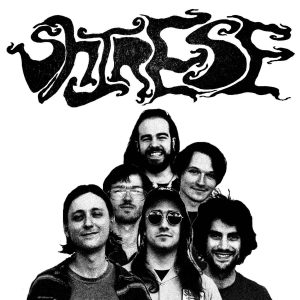 “Three Going On Four” is the debut vinyl LP album by a band that so far has self-released 19 other albums! Shirese is a sextet hailing from Connecticut, USA, and here’s a little info about them taken from C/Site Recordings web:

“Since 2015 Shirese has done things their way. And precisely because of that calling “Three Going On Four” their debut LP would be a bit of a misnomer. While it is their first appearance on vinyl the band has been prolific to say the least; quietly self-releasing 19 micro-edition cassettes and CDr’s, a great many of them full-length. Despite the small press sizes the quality of their work has been steadily growing (and the bar was set pretty high from the get-go!), so it seemed only natural to make the move to the big leagues for release 20.

Shirese is the brainchild of Matt Paolillo and Jack Gumkowski. The band has undergone a few changes over the years but has truly meshed in recent times with Bill Davidge, Nicholas Serrambana, Logan Carr, and Seany Nuelle in the lineup. In the early days, the band took heavy influence from Columbus, Ohio’s sub-underground rock scene, with Jim Shepard as a leading inspiration. While this influence is still present, it is much more refined and absorbed; those with a close ear will pick up nods to the likes of Shep, Ron House, and Tommy Jay, though they won’t come right out and jump at you.

Likewise, Shirese takes cues from their New Haven contemporaries, but their brand of psychedelia is more directly inspired by the late 60s garage bands who moved into unchartered waters. Far more dedicated to the song than, say, Headroom, but with plenty of eerie and swirling lysergic moments nonetheless. The band doesn’t shy away from the spoken word either, with word-salad-stream-of-conscious poetics given as much real estate as catchy melodies.

Shirese also allow their most experimental tendencies to roam free while never losing sight of what they are; a rock band. Out-of-phase tape manipulation and harsh noise find their places on the record, and why wouldn’t they, given Paolillo and Nuelle’s heavy roots in that arena. But somehow they always find their way back to the true core of Shirese – hard-rocking on their own goddamn terms”…

“Three Going On Four” consists of 12 songs and it kicks off with a 36 seconds interlude called “Raita”, a crazy Avant-Garde-ish Jungle-like and Middle-East influenced kind of thing! On “Admiral Fission” there’s a let-loose late 60s West Coast groove-adelic Cosmic Psych soundscape that gives you the feeling of a Hippie-Commune Freak-Out party that starts getting wild… The next one, “After The Paramedics Came”, has acoustic instrumentation and an intense laid-back Lou Reed atmosphere… “The Glue Murder” sounds like a recording demo by a Neo-Psychedelic band back in the mid-80s, so cool! “Folk Aberate Fact” indicates an amazingly Acid-Folkie scenery and a spoken word kind of thing, like a monologue with a super poetic acid-feel! “Ulna 4” acts like a heavy jam, improvised, experimental, and quite mind-expanding while “Zenith Forthcoming” is a mysterious eerie psychic instro… “Meager Wild Corn” shines with its weird spoken word poetry under an acoustic Velvet Underground environment… “No Floor Or Number” shows a punkier Psych side of the band while on “Goof Butt Man” Velvet Underground meets with The Psychedelic Stooges… “Sally” has a strong distorted Acid Folk background, it’s like The Fugs on Acid… Eventually, the album closes in the weirdest way… “Threnody For The Victims Of 99.1 PLR” is an experimental collage of sounds and heavy noises inspired/influenced by the 1960’s musical composition “Threnody To The Victims Of Hiroshima”, composed, for 52 string instruments by Polish Krzysztof Penderecki, a track drenched into abnormality… So, not only I really enjoyed and liked “Three Going On Four” to the last second, but I will also try to explore more of Shirese’s back recordings/releases, and you are heavily advised to do the same! Superb!!! TimeLord Michalis 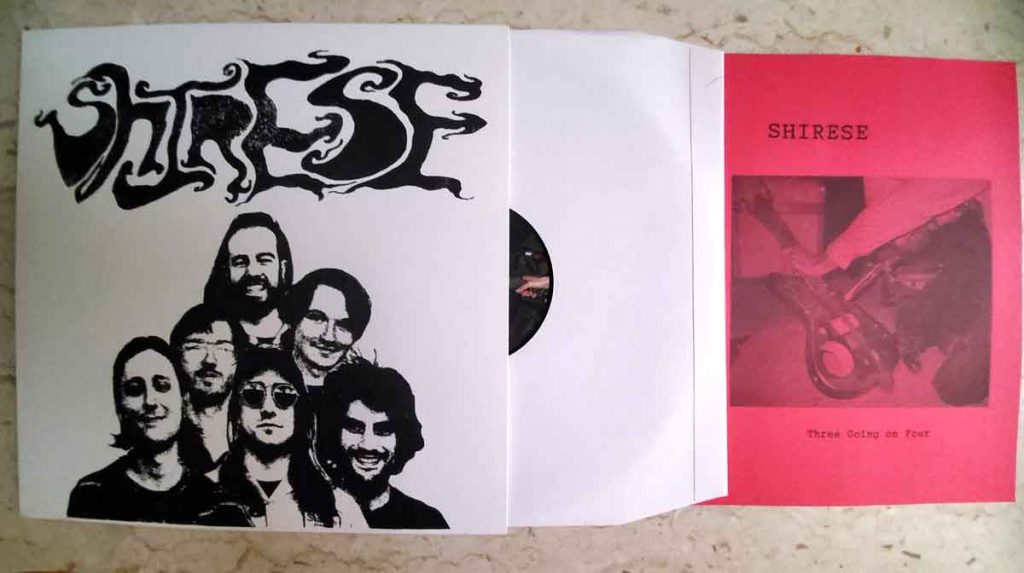