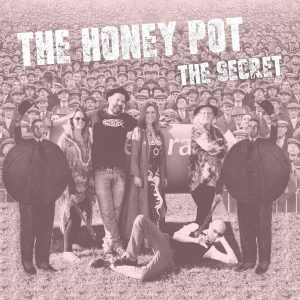 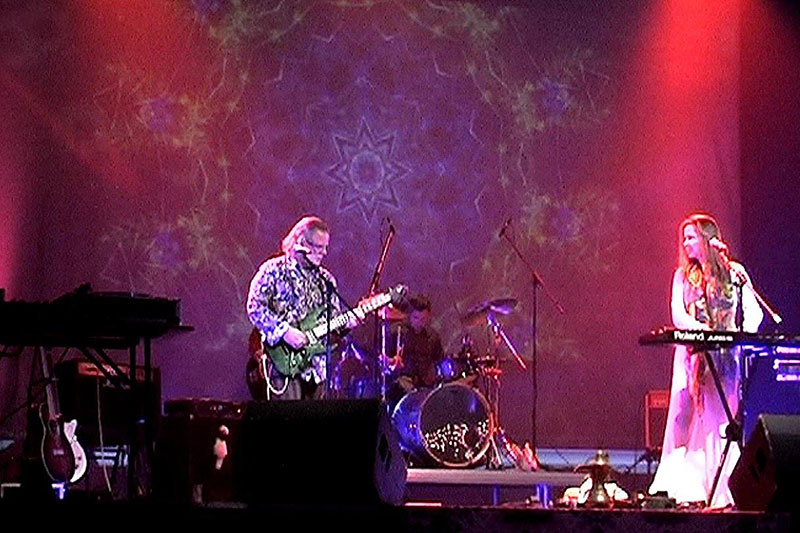 “The Secret” is the 5th album by our beloved flower power band, The Honey Pot, and the summer of 2021 is expected to be really hot with some Honey in the Pot, hehe… The press release reads:

“The Honey Pot release their new album ‘The Secret’ on Billywitch this June. Those psychedelic darlings of the A303, The Honey Pot, power into 2021 with their first album of all-new material since 2019’s Bewildered Jane. The Secret is their fifth long-player produced, as ever, by founding member Icarus Peel. The Secret finds The Honey Pot sound maturing. It’s richer and deeper, the harmonies lusher and the sound that little bit fuller. It’s as if the band has made a collective decision to ditch milk chocolate for a 100% cocoa dark variety. The Secret is released on 25th June 2021 by Billywitch as a limited edition CD in an eight-inch x eight-inch hardback lyric book and as a boring, common or garden download”…

With a total duration of 48:44 min that is divided into 9 tracks, the album starts with the self-titled “The Secret”, a groovylicious composition acting like a progressive interlude that welcomes the listener to a unique performance, a musical experience that goes by the name The Secret! On the 2nd track “Somewhere Between Here And Anywhere” the band moves into their familiar-by-now trademark sound, the Prog-Folkie-Rock Honey Pot Sound, Jacqueline’s voice is in perfect shape while, I can sense a medieval feeling while Icarus unfolds some great musical ideas, a super cool tune! “Waterfalls” with male/female vocals is a beautiful balladesque song with the band creating a magical musical atmosphere to accompany the heavenly voices… “Under The Sea” has some gentle nice acoustic instrumentation with a cool n’ dreamy guitar melody that matches perfectly with Icarus vocals, a tune that becomes faster and stronger but without losing its initial charm while towards the end like a ‘cherry on top of the cake’ the keys are giving a 60s colorful vibe! The next one, “Venice” is one of my personal 3 highlights in here, a Rock Groover, the vocals are shared between Icarus and Jacqueline, and after the first 3 identifier minutes the atmosphere is filled with some burning incense while the band dives into the Psychedelic 60s, the scenery becomes dreamy, strange, cool, and suddenly an acid guitar sound transports the listener somewhere ‘out there’ leading the tune to a psych crescendo of sounds and voices, so beautiful… “Walk A While” is a different track, a Country-Rock flirting tune with a kind of an alternative attitude, not bad! Next comes one of the best songs I heard in this pandemic strange 2021, “I Think I Need To Sleep”, Psychedelic Bubble Adventures in a Fairy Land, Awesome! “Django’s Tune” is my 3rd personal fantastic highlight, starts in a peaceful folkie way only to be transformed into a spacey dream-a-delic synthesized tune, trippy guitars are floating in the air, an 8min journey! The album closes with “The Reprise”, a tune that acts as an effected-version of the vocal parts of the opener “The Secret”… It seems that The Honey Pot delivered another High-Class album filled with Top Quality songs, a set of songs that guarantee a pleasant listening experience! Recommended… TimeLord Michalis

Get it directly through Mega Dodo Bandcamp