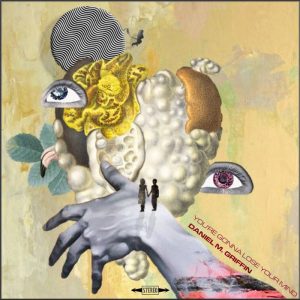 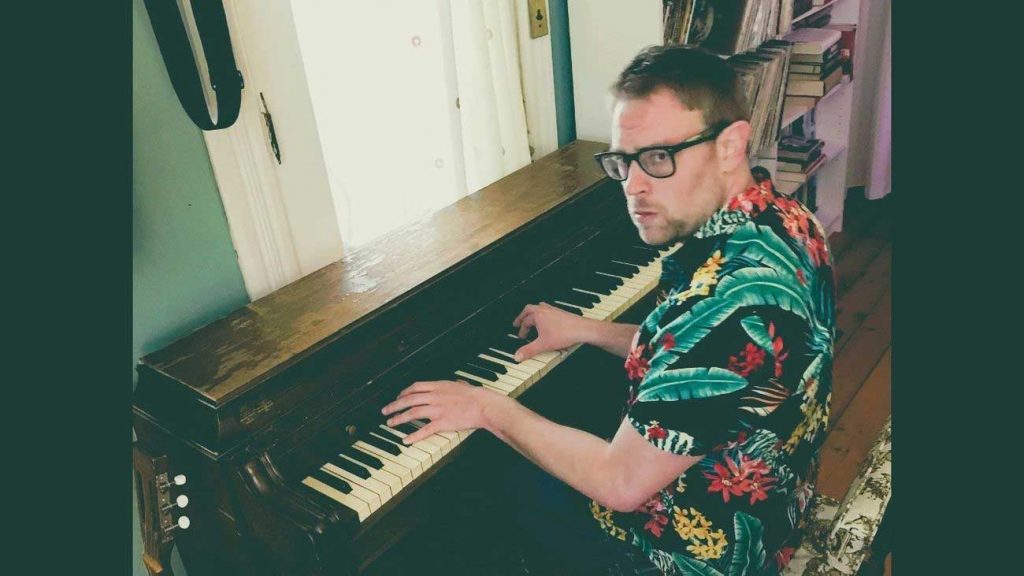 Thanks to platforms/services like Bandcamp, unknown artists (at least to me) have a first-class opportunity to release their own “stuff” and make them “known” to every single faraway area of this land… The music is up there. The Info is up there. The action is up there. All you have to do is… search… So in this endless searching and with the help of our informers (thanks Jim), Diamonds like this one over here are coming to our attention and we consider it as a mission, a Psych mission to let the people know… But, enough with the talking… Let’s start Blowing our mynds, let’s start losing our mynds…

Daniel M. Griffin hails from Dayton, Ohio, there’s almost no info about him and from my Net search I found out that he is releasing music since 2010. Griffin is a singer, songwriter, multi-instrumentalist, producer with a passion and devotion to the psychedelic 60s, especially 1967-1968. “You’re Gonna Lose Your Mind” is his third album but the first one that is released on the physical format of vinyl. Analog equipment has been used and everything inside the album is done by Daniel M. Griffin (words, music, piano, guitar, bass, cello) with the help of Jacob Griffin on drums, Christopher Demma on guitar, and Gregory Szkudlarek on guitar too. The only way to get to that LP album is through Daniel’s Bandcamp page and you’re advised to do it as soon as possible or else you’re going to lose the chance to grab in your hands ONE of the BEST PSYCH LPs of 2020…

“You’re Gonna Lose Your Mind” takes off with the self-titled song… What on God’s name is this? A never-released Beatles tune from 1968? Or maybe to be precise, a never-released Beatles PSYCHEDELIC tune? An amazing mind-bending mellow soft hallucinogenic atmosphere slowly is being unfolded with a wonderful, adventurous, and quite experimental acoustic orchestration that gives you the feel of a full-band orchestra in the room! What follows is a cool weird tune called “Like You Won’t Believe”, the amazing mind-blowing acoustic atmosphere continues on here too, it could be an outtake from the White Album, yeah, that good! On all tracks of the album Daniel uses reverb in vocals and if he did that on purpose in order to make an original 60s psychedelic atmosphere, well then, yes he took us there! The next one is called “A Thousand Symphonies” and tell me what can I expect from a song with lyrics like “I took a pill and the word seems still…”, a tune full of PSYCH and melancholy, transporting the listener far away in time, in another land, you close your eyes and when you open them after a few seconds you spot yourself in the middle of a strawberry field… With “Frankie In A Tea Can”, Daniel attempts a huge dive into the great British Psych underground of the late 60s, of course, the Fab Four are present too… “Run Sally Run (She Is Leaving Today” is a 2min and 17sec fantastic tune, balladesque and full of psych… Living is easy with eyes close… “There’s A Place You Can Go” is another breath-taking mind-blending song that comes straight out of the Abbey Road studios, a limpid tune that could easily fit inside the Naked Let It Be… Next comes “Digital Faultline” and I catch myself unable to speak, unable to think of words, to make a sentence… God, how is he doing this? I can only see colors… New ones… Undiscovered ones… I cannot describe them with words… A tremendous epical bloody perfect Psych song! “Magdalena’s Brown Bag” is another high-standard PSYCH tune drenched into a late 60s bittersweet Beatles-esque atmosphere, this is music that can change the actual ‘shape’ of all objects around you, or at least inside your mind… Go ask Magdalena (got it?)… Eventually, the album comes to a conclusion with “Mr. Winslow’s Clinic”, Pandora’s musical box is by now wide open, strange melodies overflooding the place, colorful imaginative landscapes while this fantastical menagerie is waiting for us all to cross the gates and enter Daniel M. Griffin’s surreal magical musical world… Wow! It’s been quite a long since an album caused so many chemical reactions in my brain… And this album is called “You’re Gonna Lose Your Mind”, and it is ONE of the BEST albums of the pandemic 2021! So, all you have to do is turn off your mind, relax, and float downstream… TimeLord Michalis